I’ve been to see the exhibition, Astrid Kirchherr: A Retrospective, at the University of Liverpool’s Victoria Gallery and Museum.  The collection features more than 70 pictures taken by Astrid Kirchherr, the German photographer who met the Beatles in 1960 while they were playing in Hamburg nightclubs, and who helped define the image of the group.

Not surprisingly, a key element of the exhibition is Kirchherr’s relationship with the artist Stuart Sutcliffe and her portraits of him.  She first met Sutcliffe in the Kaiserkeller bar in Hamburg in 1960, where he was playing bass with The Beatles, and was later engaged to him before his death from a brain haemorrhage in 1962.

Astrid Kirchherr was a fashion design student who went on to take some of the most iconic early photographs of The Beatles. Encouraged by her mother Astrid studied fashion design in Hamburg from 1957. Kirchherr met The Beatles by chance, through her friend Klaus Voorman:

Klaus went one night to the Reeperbahn… and he heard this wonderful music, and there they were the Beatles and he just stayed all night and came home and he was absolutely out of his mind with joy.

Voormann persuaded Astrid to see the band and she first photographed them in the Dom fairground. She was soon engaged to Stuart Sutcliffe, bass player in the band, and made many evocative portraits of him, in the style of  the French existentialists.

Our philosophy then, because we were only little kids, was wearing black clothes and going around looking moody.  Of course, we had a clue who Jean Paul Sartre was. We got inspired by all the French artists and writers, because that was the closest we could get. England was so far away, and America was out of the question. So France was the nearest. So we got all the information from France, and we tried to dress like the French existentialists. … We wanted to be free, we wanted to be different, and tried to be cool.

After moving into the Kirchherr family’s house, Sutcliffe used to borrow her clothes, as he was the same height as Kirchherr. He wore her leather pants and jackets, collarless jackets, over-sized shirts, and long scarves. He also borrowed a corduroy suit with no lapels that he wore on stage.

The first photos Kirchherr took of the Beatles were made in Hamburg in November 1960 at a fairground (below) in a municipal park called the Dom which was close to the Reeperbahn.  Kirchherr asked The Beatles if they would mind letting her take photographs of them in a photo session which impressed them, as other groups only had snapshots that were taken by friends.

The exhibition includes several photos from the Fairground Session.  Stuart Sutcliffe can be seen in soft focus behind the portraits of Paul McCartney and John Lennon. The group portrait includes the original drummer, Pete Best, who joined on 12 August 1960, the day before the band left for Hamburg. He was replaced by Ringo Starr on 16 August 1962.

Also on display is the full set of images from the Truck Session, taken in a Hamburg railway yard in November 1960. They feature George Harrison sat to the left, John Lennon sat to the right and Stuart Sutcliffe standing.

Kirchherr took a number of photographs of Stuart Sutcliffe in the attic room of her family home in Hamburg. Sutcliffe used this space to make his key series of abstract expressionist paintings between  1961  and  1962. Following Sutcliffe’s death in 1962, John Lennon and George Harrison asked Kirchherr to photograph them both in the same space. That is one of my absolute favourite pictures of John sitting on a chair and George standing behind him, and when you look at George’s face, he was only eighteen then but he looked like he had to be John’s guardian angel looking after him because John’s face is so sad and lonely..

Harrison was the youngest member of the group. He joined Lennon and McCartney’s Quarrymen skiffle group as lead guitarist in March 1958. His youth later led to him being deported from Germany during the Beatle’s first tour in
1960.

George was always my favourite, his kindness and his wit. He was just a wonderful person and whenever I was in trouble, like with money and things, he was always looking after  me  . . .
– Astrid Kirchherr

All my friends in art school used to run around with this sort of what you call Beatles haircut. And my boyfriend then, Klaus Voorman, had this hairstyle, and Stuart liked it very very much. He was the first one who really got the nerve to get the Brylcreem out of his hair and asking me to cut his hair for him. Pete Best (The Beatles’ original drummer) has really curly hair and it wouldn’t work.

After Kirchherr had cut Sutcliffe’s hair, Harrison asked her to do the same when she was visiting Liverpool, and Lennon and McCartney had their hair cut in the same style while they were in Paris, by Kirchherr’s friend, Vollmer, who was living there at the time as an assistant to photographer William Klein.

Ringo Starr, the drummer in Rory Storm and the Hurricanes replaced  Pete Best in the Beatles in August 1962. These images are from a large series of studio photographs of the band and its individual members in its final line-up. There is a wide range of poses such as the group’s ‘candlestick’ session. The Beatles style of dress has now changed from the Hamburg leather look. They wear identical dark suits, white shirts, black ties and black shoes. Brian Epstein commissioned these photographs from Kirchherr specifically to show the group’s new style.

In 1964 Kirchherr became a freelance photographer, and with her colleague Max Scheler she took behind the scenes photographs of The Beatles during the filming of A Hard Day’s Night, as an assignment for the German Stern magazine. 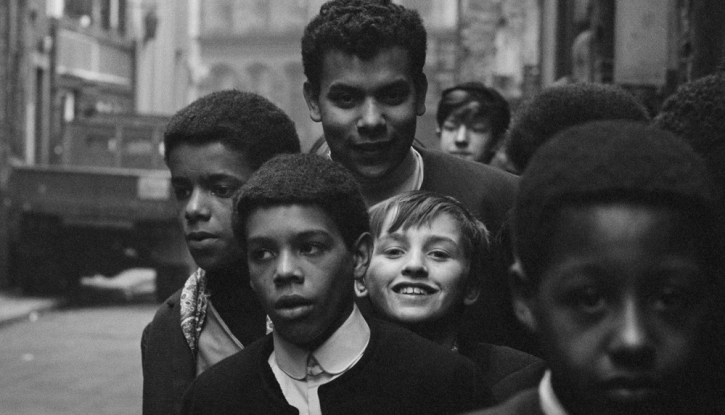 In 1964, Kirchherr took a series of photos of children on the streets of  Liverpool. Several of these evocative images are on display in this exhibition.

By the late 1960s, disheartened by an obsessive popular interest in her Beatles material, Astrid turned away from photography. She sold her camera equipment in the 1980s.  This exhibition reveals the extent of her gifts as a photographer and stylist, and presents some well-known images alongside some less well-known or exhibited for the first time. 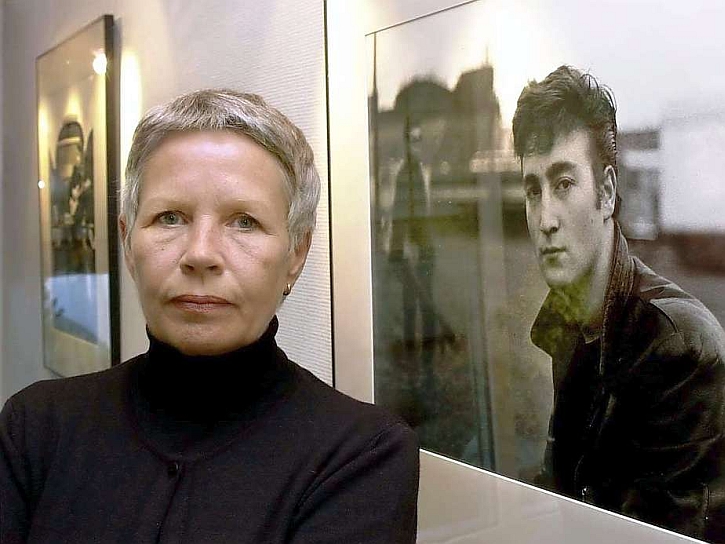 One thought on “Astrid Kirchherr retrospective”