In the opinion pages of this morning’s Guardian there’s an article by Timothy Garton-Ash on the worsening situation for free speech and human rights in Turkey as Erdoğan’s increasingly authoritarian regime tightens the screw. ‘To travel to Turkey today is to journey into darkness,’ writes Garton-Ash; ‘tens of thousands of state employees and thousands of academics dismissed, more journalists locked up than in any other country, and a chilly mist of fear.’

Erdoğan crops up in Jan-Werner Müller’s concise guide, What Is Populism? which I read recently. For the epigraph to his book Muller chose the words of Bertolt Brecht: ‘All power comes from the people. But where does it go?’  It’s a good question, and Muller provides a readable analysis of populism, a term that’s been bandied about a great deal post-Trump, post-Brexit, and in the context of fears of what might happen in Europe in 2017. Even more timely and urgent is On Tyranny: Twenty Lessons from the Twentieth Century, a brand-new, slim volume by Holocaust historian Timothy Snyder. END_OF_DOCUMENT_TOKEN_TO_BE_REPLACED

In 1996, the historian Deborah Lipstadt and Penguin Books, her publisher, were sued in the UK courts by the notorious Holocaust denier David Irving for calling him a falsifier of history in her book Denying the Holocaust: The Growing Assault on Truth and Memory. In Denial, David Hare has written a version of those events for a film directed by Mick Jackson and starring Rachel Weisz as Lipstadt and Timothy Spall as Irving.

Could any film be more well-timed? Unfortunately, despite having good moments, Denial proved to be something of a disappointment. I was left feeling that there was a really interesting documentary struggling to free itself from this dramatisation.

END_OF_DOCUMENT_TOKEN_TO_BE_REPLACED 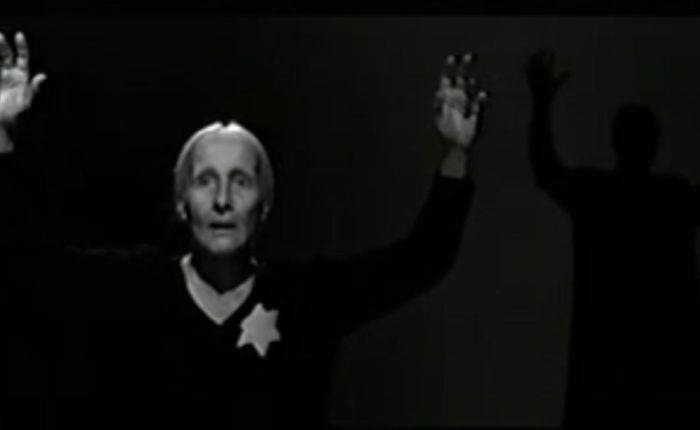 The Last Letter is a film made by Frederick Wiseman in 2002. It was his first non-fiction film after four decades of making celebrated documentaries examining American institutions, and is a record of a sixty-minute performance by French actress Catherine Samie which Wiseman had previously directed at the Comédie-Française in Paris. It is one of the most compelling representations on film of the experience of the Holocaust that I have ever seen.

Stripped to bare essentials, the film presents a bravura monologue taken from from Vasily Grossman’s novel Life And Fate. Featuring only the performer on a bare stage, there are no props, and there is no score. The monologue represents the last letter to her son from a Russian-Jewish doctor who has been forcibly removed by the Nazis from her home to a Ukrainian ghetto. END_OF_DOCUMENT_TOKEN_TO_BE_REPLACED

In the years of optimism we would read books and puzzle over why, in the heart of civilized Europe, people had happily abandoned democracy, believed fantastical lies, and stood by or enthusiastically joined in as those deemed to blame for the nation’s ills were murdered in their millions. In these dark days, and on this Holocaust Memorial Day, understanding is beginning to gnaw at our bones like an ague.

In times like these, the message of certain books I have read recently seems to illuminate a simple truth: that authoritarianism insinuates itself into peoples lives without drama, but with a kind of quotidinian ordinariness that slowly dispenses with facts. END_OF_DOCUMENT_TOKEN_TO_BE_REPLACED

They are the sort of people who leave few traces. Virtually anonymous. Inseparable from those Paris streets, those suburban landscapes …

Hearing the news that Bob Dylan had been awarded this year’s Nobel Prize for Literature, I thought it was about time that I investigated last year’s winner, Patrick Modiano. Like many on this side of the Channel, the French novelist’s name was unknown to me. Now my literary friend Dave reckoned I should read his 1997 novella Dora Bruder, published here as The Search Warrant. It proved to be an excellent recommendation: Modiano’s spare and finely-written excavation of memory is a haunting addition to the literature of the Holocaust and one that is unique, being neither Holocaust memoir nor historical fiction but a skilful reconstruction of a life and a moving reflection on his country’s amnesia surrounding collaboration and the fate of French Jews during the Occupation. END_OF_DOCUMENT_TOKEN_TO_BE_REPLACED

I’ll admit: I felt deeply depressed after reading yesterday’s Guardian Long Read which portrayed how right-wing populist parties are advancing in all parts of Europe by appealing to the widespread and growing resentment of political and financial elites, co-opting the policies and rhetoric of the left, and polishing their public image by publicly breaking with the symbols of the fascist past.

Coming as the latest Hillary Clinton email revelations seem to have handed Donald Trump a last-minute advantage in the American presidential election, and after the spectacle of the clearance of the Calais refugee camp and the British government’s reluctance to do more than the bare minimum to protect vulnerable young residents of the camp, the current mood reminds me of Alexander Blok writing in 1908 of his sense an impending catastrophe: ‘In us all is a feeling of sickness, of alarm, of disaster, of disruption.’

The moment seems perilous indeed. Further warnings of dangers that might easily force their way from the past into the present were contained in a piece written by the Labour MP Richard Burden following his recent visit to Srebrenica, and in news of the death of one of the last survivors of the Nazi death camps who became one of the most active UK-based witnesses to the Holocaust. END_OF_DOCUMENT_TOKEN_TO_BE_REPLACED 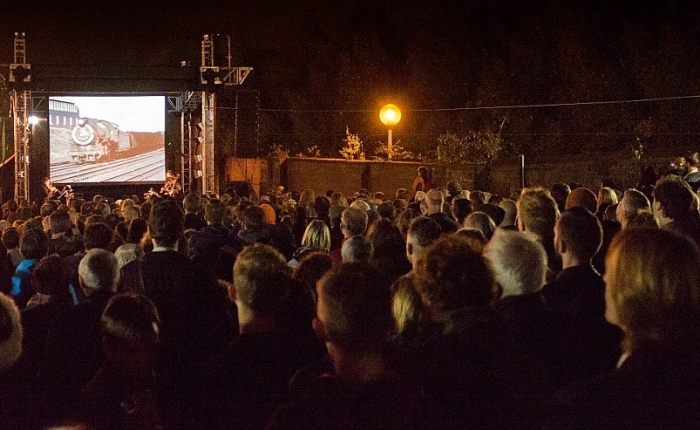 An amazing event took place in Liverpool last night. On a railway station platform a mile from my home the American composer Steve Reich appeared on an outdoor stage to present a world exclusive presentation of his iconic 1988 composition Different Trains, performed for the first time with a film accompaniment created by documentarist Bill Morrison. END_OF_DOCUMENT_TOKEN_TO_BE_REPLACED

Human history is not the battle of good struggling to overcome evil. It is a battle fought by a great evil struggling to crush a small kernel of human kindness. But if what is human in human beings has not been destroyed even now, then evil will never conquer.
– Life and Fate, Vasily Grossman

It is difficult to know where to begin when responding to Vasily Grossman’s Life and Fate, such is the sweeping, panoramic vision contained within its covers. What I can say at the outset is that Life and Fate has to be the first place to go in order to understand the horrors of the 20th century. Here is a novel which ranges from the Stalinist purges and the Ukraine Famine during collectivisation in the 1930s to the siege of Stalingrad in 1942-3 and the lost souls of the Nazi concentration camps and the Soviet Gulag; a novel whose characters debate good and evil, totalitarianism and individual freedom, and in which the author dares to take the reader beyond the sealed doors of the gas chamber. Written by a journalist who was witness to many of the events which form the backdrop to his characters’ lives, Life and Fate is utterly essential. END_OF_DOCUMENT_TOKEN_TO_BE_REPLACED 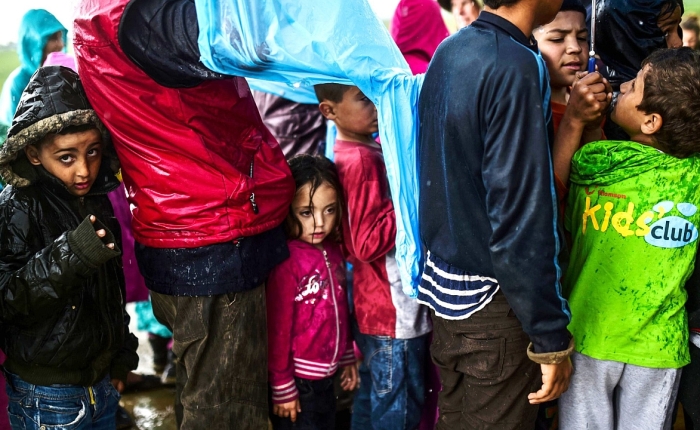 Europe is facing a wave of migration unmatched since the end of World War II – and no one has reported on this crisis in more depth or breadth than the Guardian’s migration correspondent, Patrick Kingsley. In today’s Guardian, Kingsley offers an impassioned overview of Europe’s collective response to the refugee crisis. This is how he begins: END_OF_DOCUMENT_TOKEN_TO_BE_REPLACED 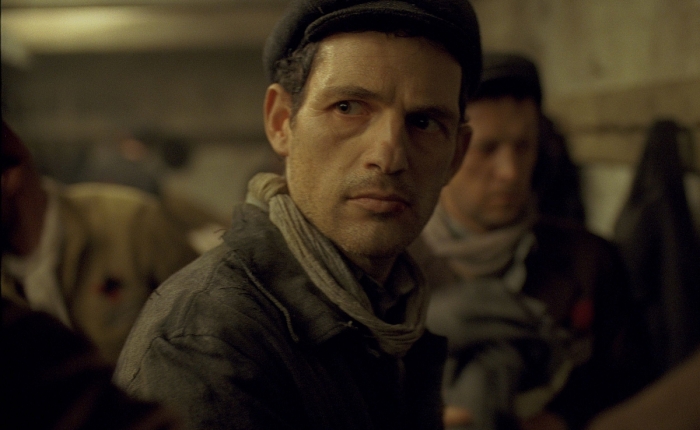 In recent days I’ve made two journeys back into the dark heart of Auschwitz courtesy of a book and a film. But You Did Not Come Back is Marceline Loridan-Ivens’ moving memoir addressed to her father. Aged fifteen, she survived the death camp, but her father did not return. The acclaimed film Son of Saul was my second encounter with the horrors of Auschwitz. Despite the praise heaped upon László Nemes’s film, I have my reservations. END_OF_DOCUMENT_TOKEN_TO_BE_REPLACED

Marceline Loridan-Ivens is one of around 160 living survivors of the 2,500 French Jews who returned after the war, of the 76,500 sent to Aushwitz-Birkenau. ‘I was quite a cheerful person’, she writes in the opening words of But You Did Not Come Back, her moving memoir addressed to her father. Aged fifteen when she and her family were rounded up by French police before being despatched to Auschwitz, she survived but her father did not return.

After seeing the acclaimed film Son of Saul, Marceline Loridan-Ivens’ slim volume has been the second journey back into the dark heart of Auschwitz that I have made in  recent days. END_OF_DOCUMENT_TOKEN_TO_BE_REPLACED

A couple of weekends ago in The Observer, there was an article, 50 documentaries you need to see, introduced by Nick Fraser, editor of the BBC’s Storyville. The following night the Storyville slot on BBC Four featured an outstanding documentary concerned with history, guilt and justice directed by David Evans in which human rights lawyer Philippe Sands – whose family, all but one, were Jews murdered by Nazis at Lviv – accompanied the sons of two prominent Nazi leaders on a journey across Europe and into the darkness of the past shared by all three men. END_OF_DOCUMENT_TOKEN_TO_BE_REPLACED