‘Where England ends half way across a field’ in the Vale of Ewylas, we followed a trail that led eventually to ‘the cleft Church at Cwmyoy, its displaced gravity’ (in Geoffrey Hill’s words from Comus). Unique since no part of it is square or at right angles with any other part, the church tower tilts at an alarming angle that outleans the Tower of Pisa. It’s an astonishing building that stands beneath a crag on the slope of a hillside with scarcely a house in sight. END_OF_DOCUMENT_TOKEN_TO_BE_REPLACED

A song of harmony and rhyme
In haunts of ancient peace.
– Van Morrison, ‘Haunts of Ancient Peace’

Last week we spent an all-too-short four nights based in the Black Mountains region at the eastern end of the Brecon Beacons. It’s an area that has inspired poets and painters, diarists and novelists: Bruce Chatwin called this area one of the emotional centres of his life.

For me, the trip had been partly impelled by reading Tom Bullough’s novel Addlands which is set in the Edw valley, north of Painscastle and Hay on Wye. But the literary and artistic connections in a landscape that still seems lost in time are numerous: Bruce Chatwin, Dorothy and William Wordsworth, Francis Kilvert, Allen Ginsberg and Owen Sheers, David Jones and Eric Ravilious are among those who lived here, passed through and were inspired by this area. END_OF_DOCUMENT_TOKEN_TO_BE_REPLACED

There’s a mysterious song by John Prine that always raises the hairs on the back of my neck. In it he sings about Lake Marie, where, ‘standing by peaceful waters’, he would camp with his girl, catch a few fish and grill sausages on the barbecue. A place of simple happiness. But then, in the last verse, everything changes: watching the TV news he sees that the naked bodies of two girls, their faces horribly disfigured, have been found on the shore of Lake Marie, and suddenly:

All the love we shared between her and me was slammed,
Slammed up against the banks of Old Lake Marie!

That’s just how I feel this morning, hearing the terrible news from Nice, a beautiful city by the sea where the two of us have spent several joyful vacations – a love passed on to our daughter who goes there most summers, and will be there again in a few weeks.

A lifetime ago, in the late seventies, returning from a camping holiday somewhere in the Dordogne, the Tarn or the Auvergne, those beautiful, unspoilt regions of la France Profonde, we would stop in some small town or village on the 14th of July and watch as the fireworks lit up the night sky and the locals celebrated their national holiday.

That past seems like another country now. This morning I grieve for Nice, for France, and for humanity. Ordinary people living their ordinary lives have always been casualties of war, but since the start of the twentieth century wars have placed civilians more than soldiers in the gun sights. Whether it be by the technology of total war or the tactics of the suicide bomber.

Nice: posts on this blog 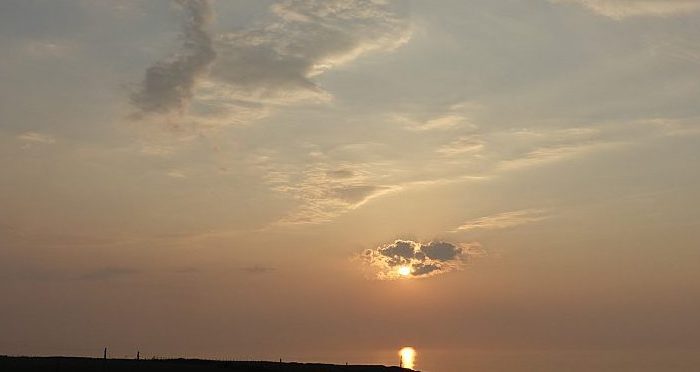 ‘My brain is cloudy, my soul is upside down …’
– Bob Wills, ‘Brain Cloudy Blues’

The sun is molten in a shimmering sky. But we are driving through mounds of snow, banked in drifts along the carriageways and lanes: drifts of Ox-eye daisies. For mile after mile along the North Wales Expressway there are tens of thousands of these gently swaying flowers that seem to thrive – often deliberately planted, I think – turning what would otherwise be an extended wasteland along roadside verges into a summer’s visual delight. When I was a child in Cheshire these flowers – so bright that they appear to ‘glow’ in the evening – were commonly known as Moon Daisies. END_OF_DOCUMENT_TOKEN_TO_BE_REPLACED 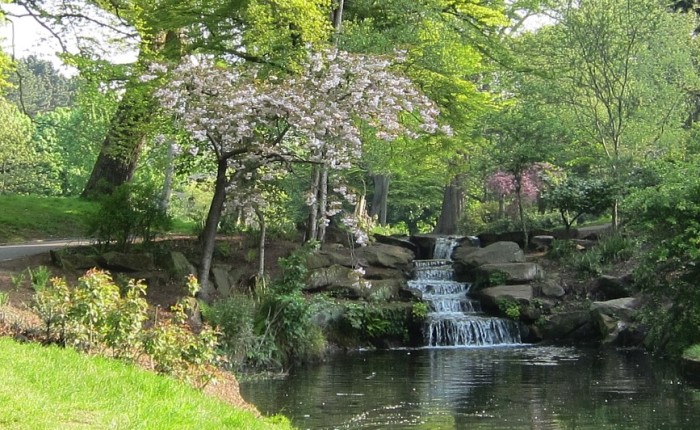 Should your springs overflow in the streets, your streams of water in the public squares?

Well, water has to go somewhere: a lesson brought home by the recent flooding in the north of England and the Scottish borders. But where does it go when a town grows and smothers fields and streams with concrete, brick and tarmac? It’s buried, pushed out of sight. Towns like Liverpool and London have grown around rivers which have later been covered in and forgotten. But beneath the city streets, waterways continue on their ancient courses in underground culverts. END_OF_DOCUMENT_TOKEN_TO_BE_REPLACED

James Bateman came from a family made rich by iron and coal during the Industrial Revolution. A landowner and accomplished horticulturist, in 1842 he bought Biddulph Grange in Staffordshire where he set about creating what has been called ‘a Great Exhibition of a garden – the whole world in one green
space, with planting to reflect the spirit of Italy and China, Egypt, England and the
Americas’.

At the same time as Bateman developed his gardens to represent the variety of creation, he began work on a Geological Gallery at Biddulph Grange which, when it opened to the public in 1862, presented a selection of fossils and geological strata displayed in a chronological order – his attempt to reconcile his evangelical Christianity with geological understanding at the time. Resolute in his belief in divine creation, Bateman planned his Geological Gallery as a refutation of Charles Darwin’s theory of evolution, unveiled in The Origin of Species, published in 1859. END_OF_DOCUMENT_TOKEN_TO_BE_REPLACED

When people of my generation travel to Berlin they arrive with their heads stuffed already with images of the city soaked up from decades of newspaper and newsreel coverage and from books – both non-fiction and a plethora of spy fiction and novels that have created the city that haunts our imagination.

This summer we spent a few days in Berlin, and before we left I read a few books either about or set in the city, revisiting some old favourites and catching up on some more recently published works. Here then is a quick survey of some of the books that allowed me to walk the streets of Berlin before I even went there. END_OF_DOCUMENT_TOKEN_TO_BE_REPLACED 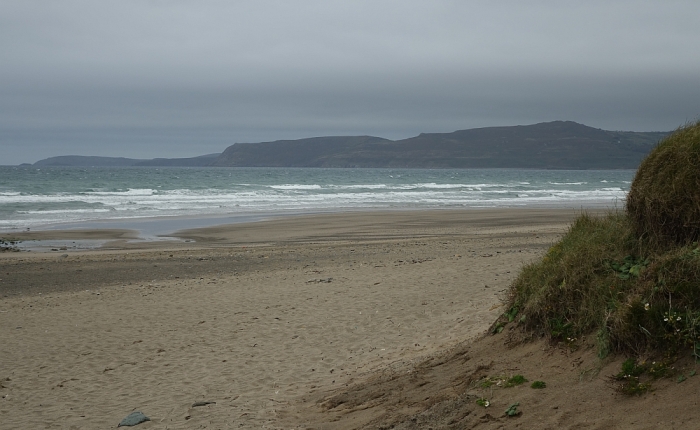 Half-way through our week on the Lleyn, and the wind which had got up on the second day was still blowing strongly as we drove into the car park at Porth Neigwl (aka Hell’s Mouth) to begin a walk around the headland of Mynydd Cilan. END_OF_DOCUMENT_TOKEN_TO_BE_REPLACED

Towards the end of our week on the Lleyn the glass began to rise – the beginning of  more than a week during which high pressure brought clear skies across Europe, from Donegal to the Volga.

We had arranged to meet our old friend Annie – for many years now, an exile from Liverpool stranded in a dramatically situated Harlech gaff with stunning views across Cardigan Bay. We met roughly half-way, at the Lleyn’s eastern-most point, at Borth-y-Gest, a village suburb of Porthmadog overlooking the estuary of the Afon Glaslyn where it enters Tremadog Bay. END_OF_DOCUMENT_TOKEN_TO_BE_REPLACED

I have crawled out at last
far as I dare on to a bough
of country that is suspended
between sky and sea.
– RS Thomas

Under a darkling sky, rain was threatening on the first morning of our week on the Lleyn. Not a promising outlook, but undeterred, we pushed open the gate that led directly from the cottage nestled at the foot of Anelog Mountain onto the Wales Coast Path. END_OF_DOCUMENT_TOKEN_TO_BE_REPLACED 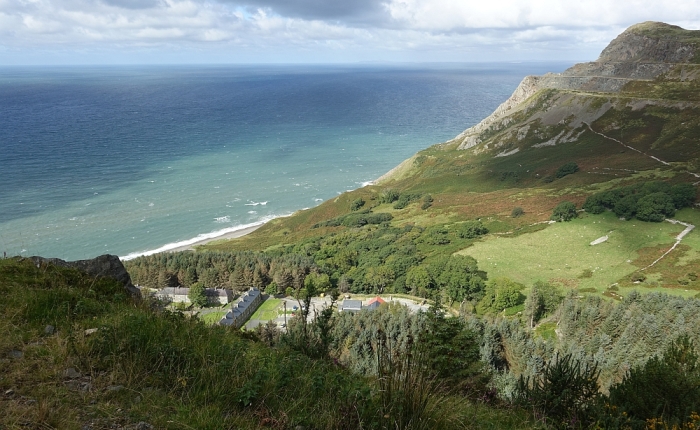 The last time we were here was more than two decades ago, when this remote and awesome valley was more often known in guide books as ‘Vortigern’s Valley’. Today, the Welsh traitor Vortigern has been expunged from the valley memory: there is no mention of his name in the historical display at the Welsh Language Centre that now thrives at the end of the mountain road. More of that later. END_OF_DOCUMENT_TOKEN_TO_BE_REPLACED

Aberdaron is, I think, the most characterful village on the Lleyn, a  picturesque cluster of white-washed stone buildings huddled around two small, hump-backed bridges and a church that edges the shore. Its present appearance belies the village past. Long a fishing village, in the 18th and 19th centuries it developed as a shipbuilding centre and port, exporting limestone, lead, jasper and manganese from local mines and quarries. At low tide you can still make out the ruins of an old pier running out to sea at the western end of the beach. END_OF_DOCUMENT_TOKEN_TO_BE_REPLACED