Along the Mersey: Eastham 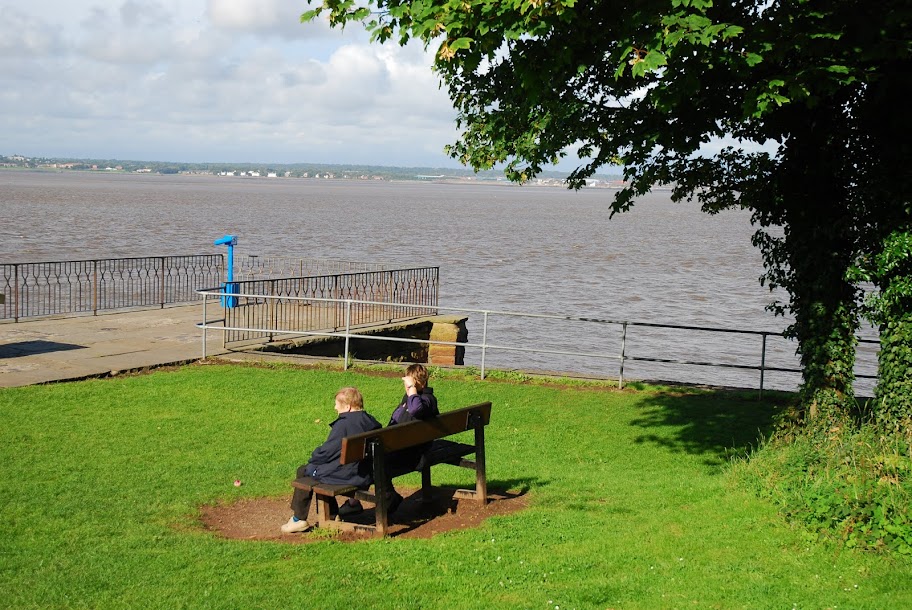 Yesterday we explored the banks of the Mersey at Eastham, one of the oldest villages on the Wirral Peninsula, inhabited since Anglo Saxon times and site of a ferry crossing from the early 14th century.

Eastham Ferry, first recorded in 1357, was once a vital river crossing but ceased operating in 1928. The early ferries were operated by monks from the Abbey of Saint Werburgh, the patron saint of Chester. By the late 1700s, up to 40 coaches each day arrived at a newly built pier, carrying passengers and goods for the ferry.  In Victorian times it was a popular destination for day trippers. The 1857 ticket office (below) and part of the 1874 pier (above) can still be seen today. 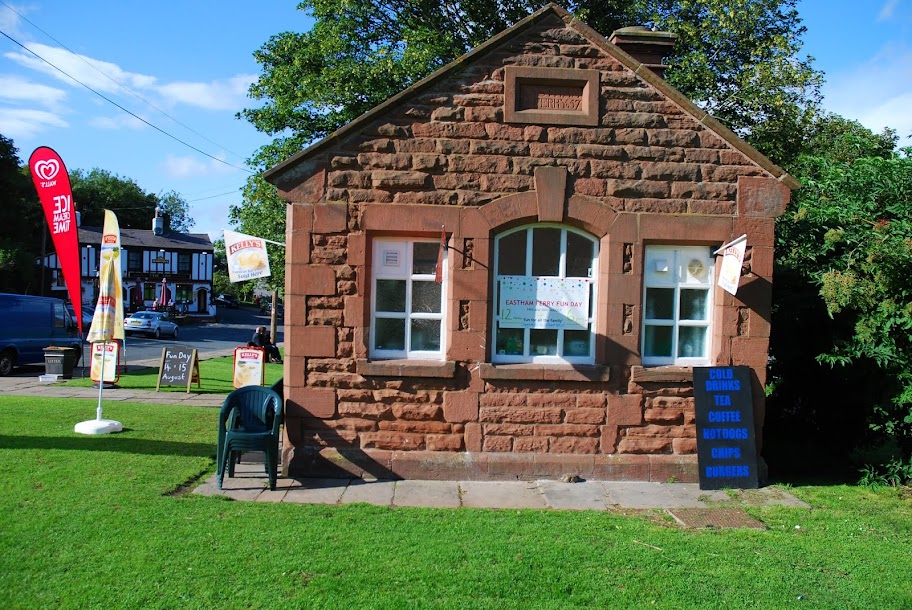 In 1724 Daniel Defoe in his book, A Tour Through England and Wales, wrote: “This narrow strip of land, rich, fertile and full of inhabitants, is called Wirall, or by some Wirehall. Here is a ferry over the Mersey, which at full sea is more than two miles over”.  An account from 1750 also mentions using the Mersey ferry: “Here is a ferry over the Mersee…. You land on the flat shore on the other side, and must be content to ride through the water for some length, not on horseback but on the shoulders of some Lancashire man who comes knee-deep to the boat’s side to truss one up …”.

In the early 18th century it took a day to travel to Liverpool and back, via Eastham, but the rise of Liverpool and the emergence of Parkgate as a resort and harbour for Ireland demanded better roads into and across Wirral. The roads to Parkgate and the Mersey ferries were turnpiked in 1787 and also offered a main route from Liverpool to the south. 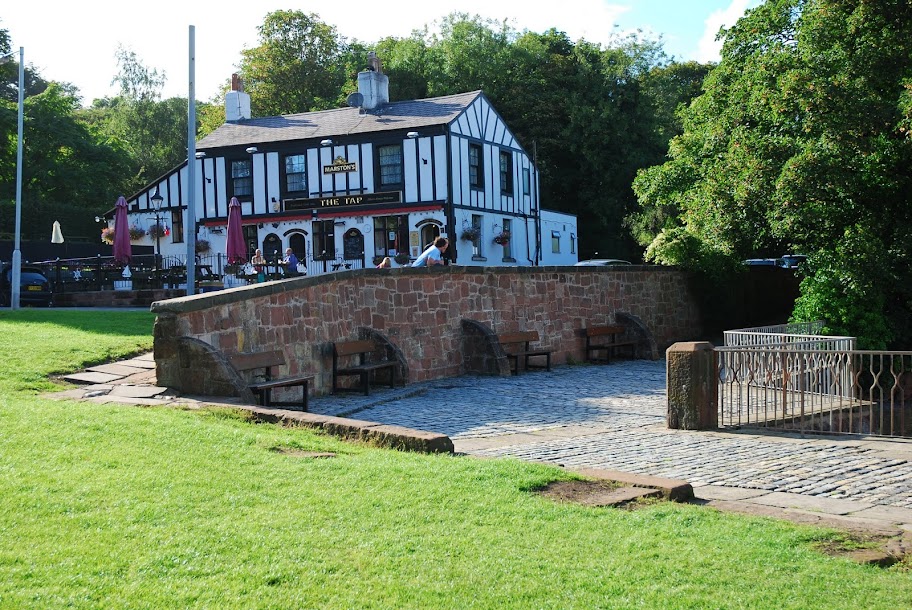 Paddle steamers were introduced in 1816 to replace the sailboats, but the demand for a service declined in the 1840s with the opening of a railway link between Chester and Birkenhead Woodside Ferry. In 1846, the owner of the ferry, Thomas Stanley, built the Eastham Ferry Hotel, one of two pubs that remain today. Soon after, the Pleasure Gardens were added to attract more visitors.

The entrance to the Pleasure Gardens was through a magnificent Jubilee arch which stood next to the Eastham Ferry Hotel and was built in 1897 to commemorate the Diamond Jubilee of Queen Victoria. The gardens were landscaped with rhododendrons, azaleas, ornamental trees and fountains. Attractions included a zoo, with performing bears, lions, monkeys and antelope, an open air stage, tea rooms, bandstand, ballroom and boating lake.  The bear pit is still there, along with the remains of three fountains, once part of the 19th century zoo. 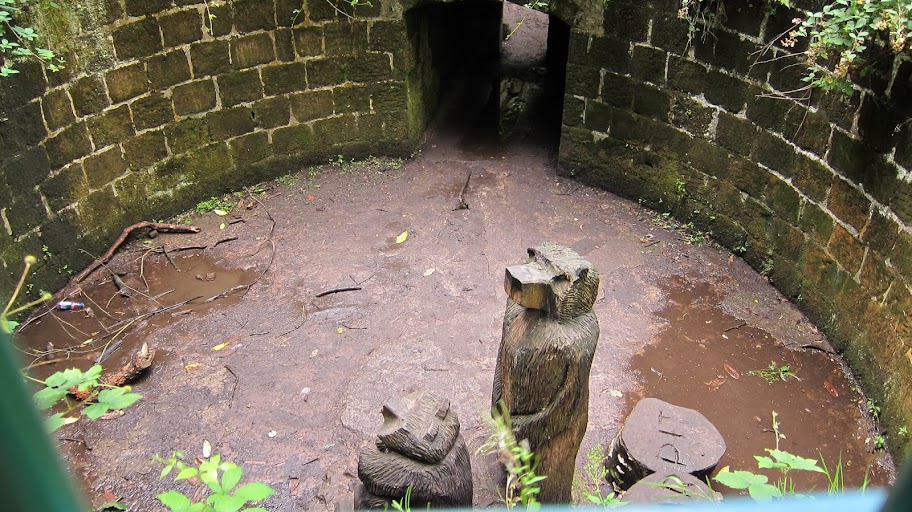 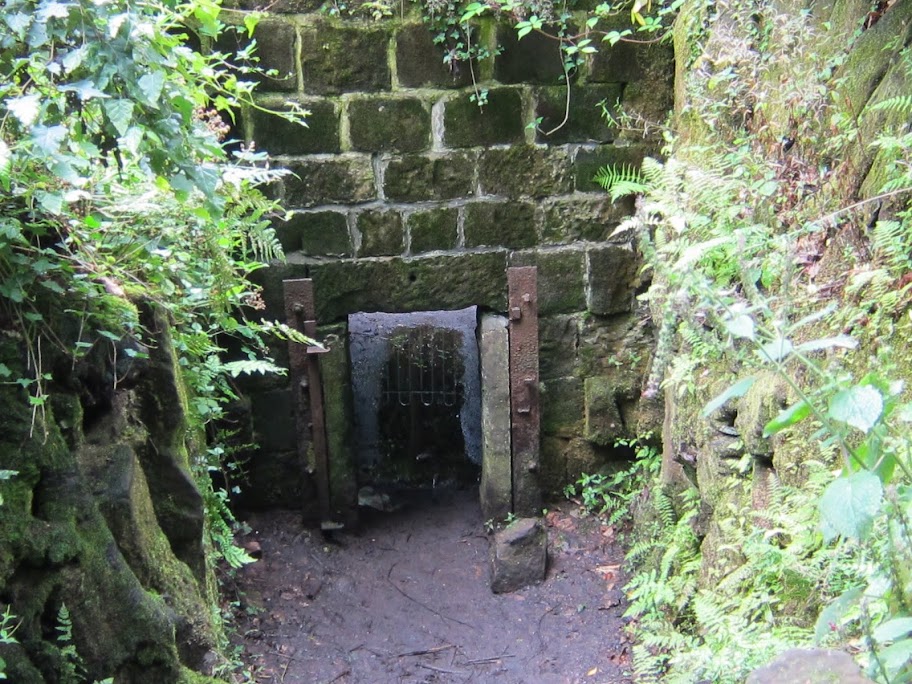 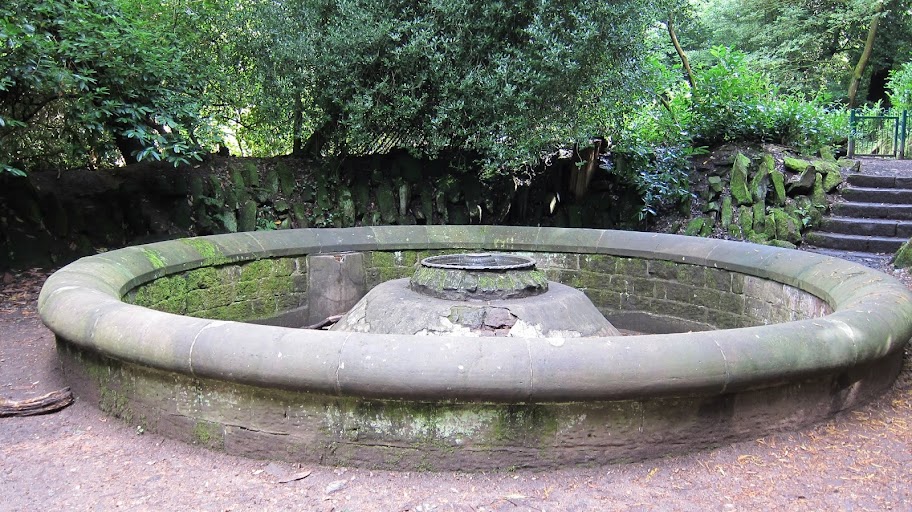 One performer who once appeared at the Pleasure Gardens was Blondin, the legendary tightrope walker. During one act he is said to have pushed a small boy in a wheel barrow across a tightrope at a great height.  The Pleasure Gardens eventually fell into disrepair during the 1930s and the iron pier and Jubilee Arch were later dismantled.

In its heyday Eastham Ferry was known as the ‘Richmond of the Mersey’, he ferry could cross the river in 20 – 45 minutes and moored at Liverpool.  But its popularity declined during the 1920s and the last paddle steamer crossing took place in 1929.  The Pleasure Gardens fell into disrepair during the 1930s and the iron pier and Jubilee Arch were later dismantled. 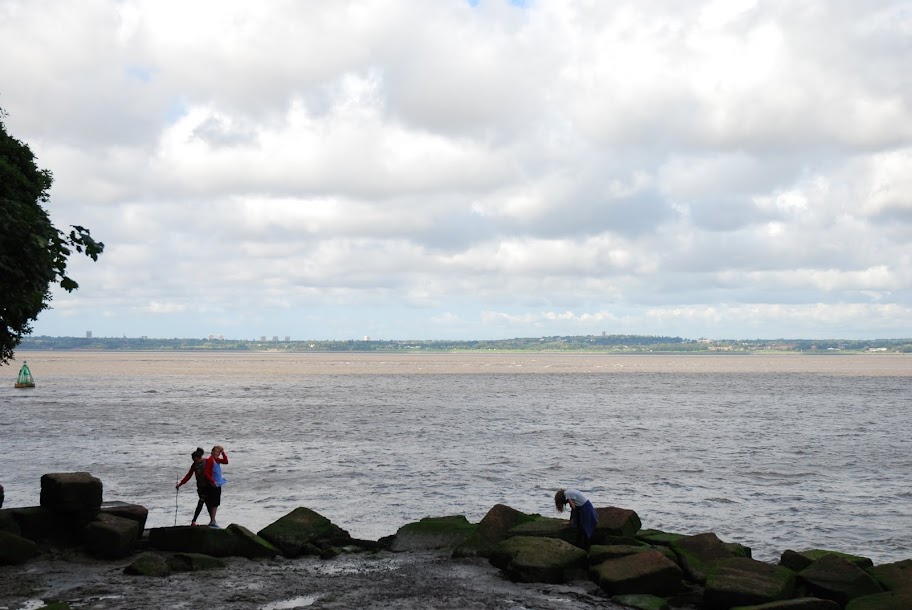 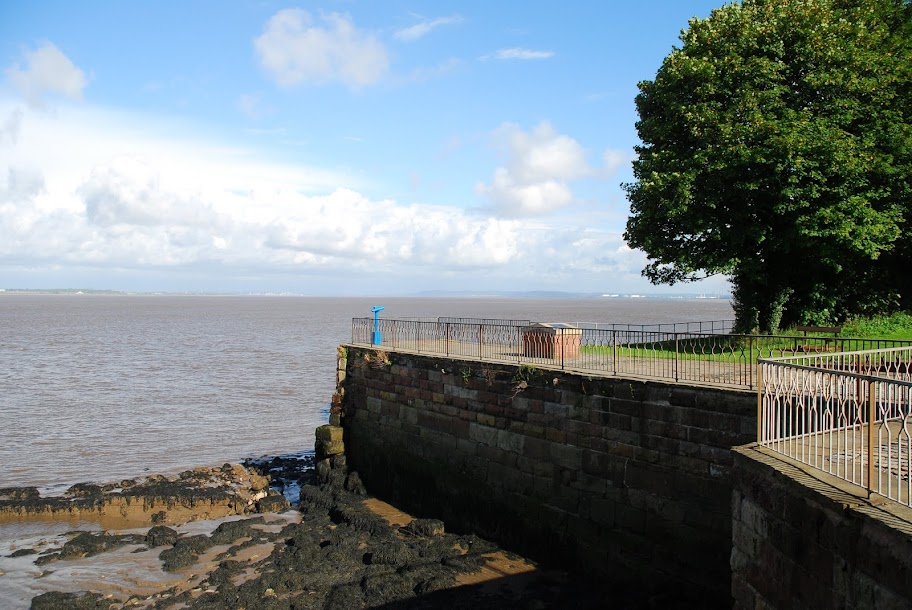 Today the site of the Pleasure Gardens forms part of Eastham Country Park, with pleasant woodland walks where you may encounter pieces sculpted from fallen trees by local sculptor, Bill Welch. 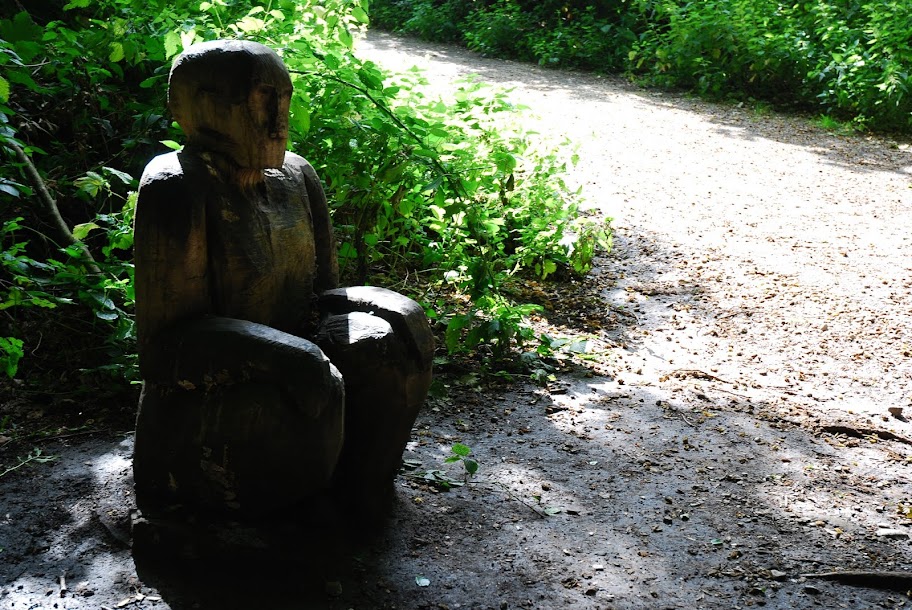 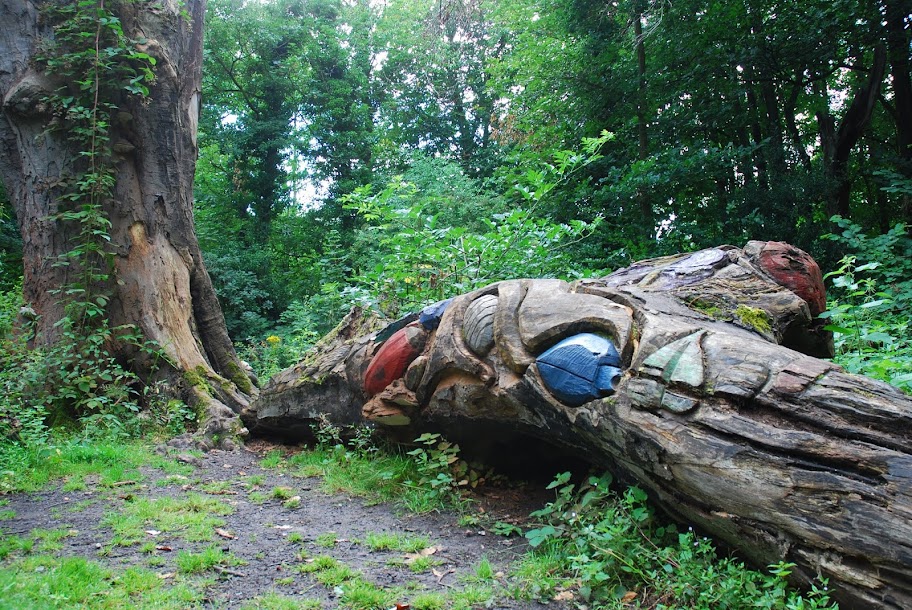 The early Eastham village clustered around St Mary’s church, which has been a place of worship since Anglo-Saxon times – a  timber-framed wattle and daub chapel was in existence before the Norman conquest.  The churchyard contains an ancient yew (below) which was reported to have been in existence in 1152, and estimated to be at least 1500 years old.  A  plaque  by the tree reads:

“When in 1152 the abbot and monks of St Werburgh received the manor of Eastham at the hand of Earl Randall of Chester, the villagers of Eastham; entreated the new owners ‘to have a care of ye olde yew’ .

In 1854 the American novelist Nathaniel Hawthorne, whilst in Liverpool as United States consul, visited Eastham and declared it to be “the finest old English village I have seen, with many antique houses, and with altogether a rural and picturesque aspect, unlike anything in America, and yet possessing a familiar look, as if it were something I had dreamed about.”

The view from Eastham upriver towards Runcorn. 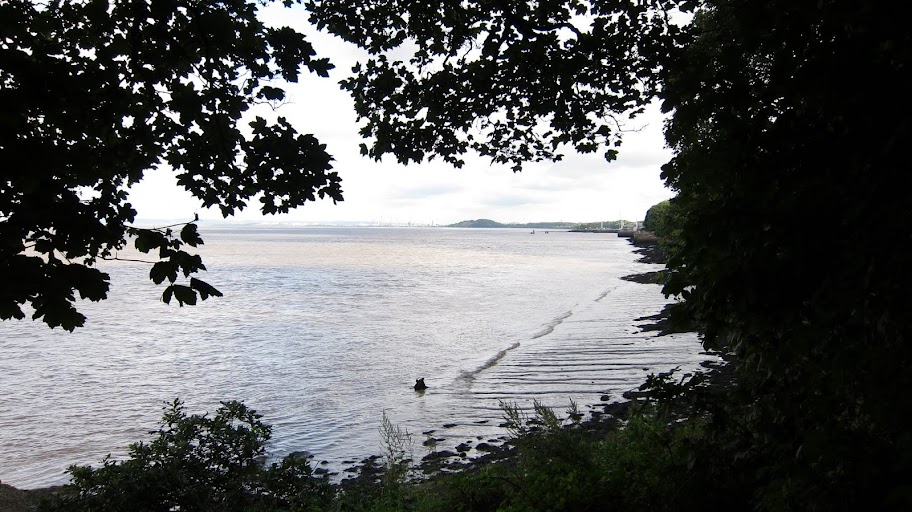 25 thoughts on “Along the Mersey: Eastham”