The Boy in the Bubble: Paul Simon, sanctions and Graceland 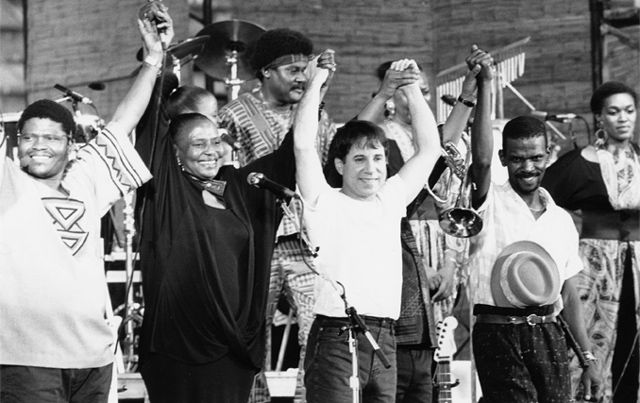 Sometimes a wrong action can have a positive outcome…

Sometime in 1984, seeking musical inspiration following the critical and commercial failure of Hearts and Bones, Paul Simon was entranced by the sounds he heard on a cassette he played repeatedly on his car stereo and labelled Accordion Jive Hits, II.  Using his record industry contacts, the source of the unidentified music was located in South Africa, and a recording date was set up for Simon in Johannesburg with three of the groups on the tape: Tao Ea Matsekha, General MB Shirinda and the Gaza Sisters, and the Boyoyo Boys.  In 1985 Simon flew to South Africa. 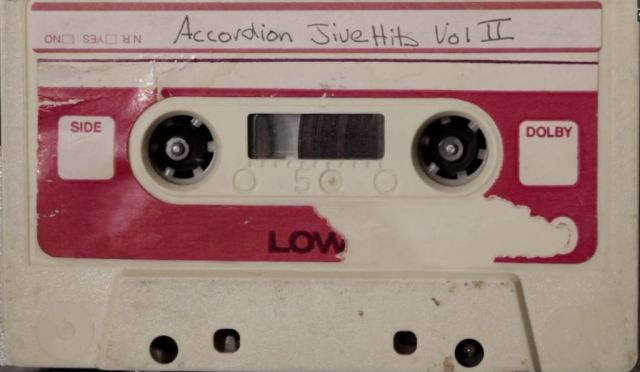 He could not have been unaware of the implications of what he was doing.  The brutal apartheid regime had entered its most vicious phase.  Economic sanctions had been extended in UN-approved cultural boycott which had been in effect since December 1980. The wording of Resolution 35/206 was explicit:

And it wasn’t just political activists who had been galvanised by the appalling situation in South Africa. Previous years had seen a batch of songs attacking the brutality of apartheid, from Peter Gabriels’ powerful ‘Biko’ and Jerry Dammers and the Special AKA’s classic, ‘Free Nelson Mandela’ to Stevie Wonder’s ‘It’s Wrong’.  Moreover, there were active campaigns to stop musicians performing in South Africa, and at exactly the moment that Simon flew into Johannesburg, musicians such as Dylan, Springsteen and Bono, joined Steve Van Zandt’s Artists United Against Apartheid to record Sun City, attacking those who performed in the South African entertainment complex in the so-called ‘homeland’ of Bophuthatswana:

Twenty-three million can’t vote ’cause they’re black
We’re stabbing our brothers and sisters in the back
I wanna say I, I, I ain’t gonna play Sun City

As he planned his trip, Paul Simon consulted his close friend, the veteran civil rights and anti-apartheid campaigner Harry Belafonte.  He told Simon to go and talk to the ANC.  Simon preferred to ignore his advice.

Simon made the musical odyssey that resulted in the classic album Graceland without having received permission from either the UN or the African National Congress to enter South Africa.  Many feared that his blatant disregard for the boycott might undermine the anti-apartheid movement.  Jerry Dammers, then heavily involved with Artists Against Apartheid, was among those outraged: ‘Who does he think he is? He’s helping maybe 30 people and he’s damaging solidarity over sanctions. He thinks he’s helping the cause of freedom, but he’s naive. He’s doing far more harm than good’.

These issues were brought back into sharp focus by a remarkable documentary broadcast last week in BBC TV’s Imagine strand, and available as a DVD extra with the remastered Graceland 25th Anniversary Edition.  Under African Skies, directed by Joe Berlinger, starts out as a conventional rock documentary, celebrating an iconic album’s quarter-century by following Paul Simon as he returns to Johannesburg to renew acquaintances with the musicians who joined him on Graceland, and with them to perform an anniversary concert in a free South Africa.

But very soon the film shifts gear from pop-promo into a subtle debate about the individual freedom of the artist versus the realpolitik of a people’s struggle for liberation. At first, Simon comes across as something of a Boy in the Bubble – blithely out of touch with the political realities of apartheid, concerned only to track down the rhythms that have delighted him in order to re-record them as a stimulus to his songwriting. Testimony makes clear how he went ahead with his mission, ignoring the pleas of those more attuned to social and political realities.  Simon even admits candidly to encountering and briefly accepting the racism of white recording studio technicians towards the musicians they are recording. It’s a startling admission, and testament to the clear-eyed nature of a film that does not gloss over the shortcomings of the star and its centre.

Of course, Simon was no racist.  He was, in his own estimation, simply an artist doing what he had done on all his solo albums – pursuing the joyous sounds that he found in musical traditions beyond Anglo-American rock and pop. What saved Simon in the ensuing controversy, and what turned the terms of the political debate around, was the wholehearted commitment of musicians like guitarist Ray Phiri, the Kumalo brothers, and Joseph Shabalala of Ladysmith Black Mambazo to his project – and of the exiled South Africans Hugh Masekela and Miriam Makeba who joined him on stage the global tour Graceland tour of 1987.

Graceland had threatened to blow a gigantic hole in the sanctions that had isolated the apartheid regime and endowed it with pariah status.  But the sheer brilliance of the music that sprang from the studio collaborations, the blending of traditions – and the way in which the album and the ensuing tour showcased South African culture and publicised the nature of apartheid – turned misguided action into triumph.  Moreover, the irony of a policy that seemed, in Ray Phiri’s words when he was advised by the ANC to leave a recording session in London and return to South Africa, to victimize the victim, was crisply illuminated.

In the film, Paul Simon continues to rest his case on the right of artists to express themselves, free from political pressure.  He sticks to a steely belief that artists shouldn’t be treated as if they work for politicians.  Back in 1986, in response to the ANC’s stance of, ‘You went to South Africa but you didn’t ask us, you need to ask the ANC’,  Simon retorted: ‘So that’s the kind of government you’re going to be? Check our lyrics? Fuck the artists like all kinds of governments have done in the past?’  The musicians who speak in the film all echo this sentiment of the power of artistic expression to transcend political oppression, and the ability of artists from widely differing circumstances and traditions to find a shared voice with which to communicate.

The core of the film’s political discussion takes place in a good-natured encounter on a Johannesburg sofa between Paul Simon and Dali Tambo, son of ANC leader Oliver Tambo who was the London-based exile who directed the cultural boycott. The pair agree to tell each other their side of the story. The film’s director, Joe Berlinger presents both sides of the story in a balanced way. Tambo crisply articulates the view of many black South Africans who saw a rich white man violating and pillaging South African culture for his own gain:

At that moment in time, it was not helpful. We were fighting for our land, for our identity. We had a job to do, and it was a serious job. And we saw Paul Simon coming as a threat because it was not sanctioned by the liberation movement.

Simon makes it clear where he stands to the end, saying ‘the power of art lasts. The political dispute has gone, but the music still lasts’, but in the last scene of the film Simon and Tambo apologise to each other, lean across, and hug.

The film leaves the viewer with the sense that are no easy answers here. Can art exist in a bubble, as Simon insists? This is not a historical question, relevant only to the issues of a quarter of a century ago.  Sanctions remain a crucial weapon in challenging injustice – think of Syria today, or those who argue for a cultural boycott to isolate Israel over its treatment of Palestine.  And, as the series Have You Heard From Johannesburg, shown on BBC 4 earlier this year, demonstrated, the worldwide struggle to isolate and destroy South African apartheid contributed hugely to the regime’s demise.

It is impressive is that Paul Simon allowed Berlinger to make such an unflinching film, containing as it does far more criticism than most celebrities would tolerate, and that he had the mettle to face the issues in an open and honest discussion with Dali Tambo.

But then I remember how I first heard ‘Diamonds on the Soles of Her Shoes’ on the car stereo, and having to pull over while the track played, so intoxicating was its sound.  Like millions of others I adored Graceland, and through the late 1980s it seemed to do more to promote world music in general and South African music in particular than anything else, bar the Andy Kershaw radio show.  It’s still an album that makes the hairs rise on the back of the neck – and that’s down to the combination of Simon’s clever, New York lyrics with the rippling rhythms of Ray Phiri’s guitar,  the infectious beat of the Khumalo brother’s rhythm section and the shimmering harmonies of Ladysmith Black Mambazo.

In Under African Skies, Paul Simon tells how the release of Graceland was postponed for several months in 1986. But he, along with  Ladysmith Black Mambazo and the Soweto Rhythm Section had already been booked to appear on Saturday Night Live. On that trip, Ladyship went into a studio and recorded ‘Diamonds on the Soles of Her Shoes’, going on to perform it with Simon on the TV show a few days later.  Watch a video clip of the performance here:

Paul Simon – Diamonds On The Soles Of Her Shoes…

In 1987 the Graceland tour, with Miriam Makeba and Hugh Masekela reached Zimbabwe.  Here are some highlights:

4 thoughts on “The Boy in the Bubble: Paul Simon, sanctions and Graceland”