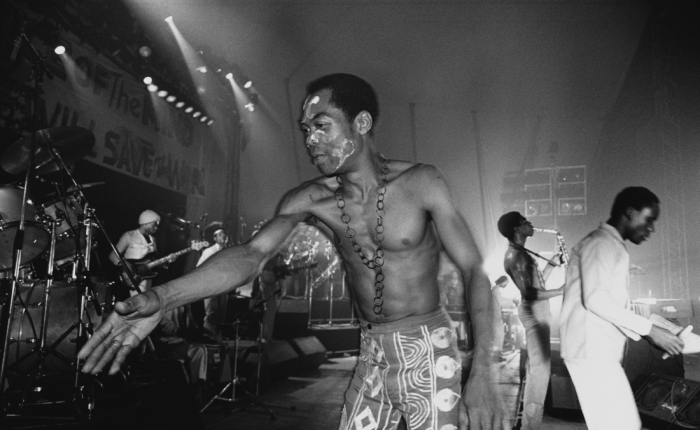 Passing through London on our way back from the David Jones show in Chichester, I decided to take a look at the current exhibition at the British Library: West Africa: Word, Symbol, Song. It’s an ambitious survey of literature, art and music from the great African empires of the Middle Ages to expressions of rapid cultural and political change across West Africa in recent decades. END_OF_DOCUMENT_TOKEN_TO_BE_REPLACED 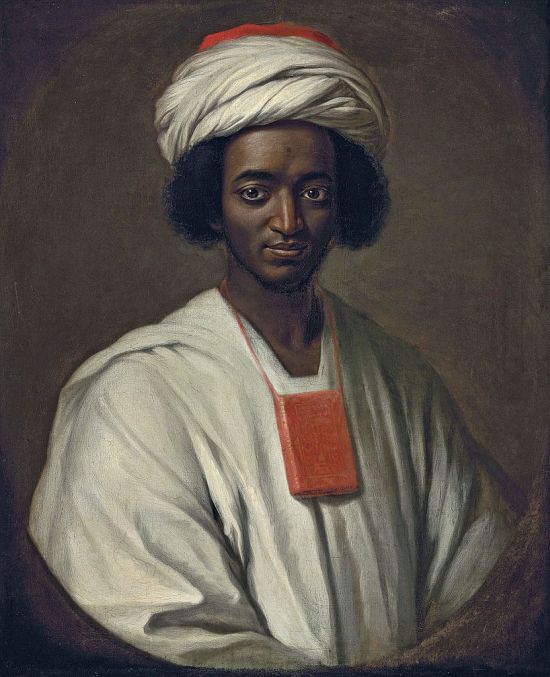 ‘You can now say things about Muslims, in polite society and even among card-carrying liberal lefties, that you cannot say about any other group or minority.’Those were the words of Mehdi Hasan, writing a final comment piece for The Guardian on Tuesday.  They came to mind as I stood before the remarkable portrait of an 18th century West African Muslim that is on display for a limited period at the International Slavery Museum in Liverpool.

William Hoare’s 1733 portrait of Ayuba Suleiman Diallo is the earliest British oil painting of a freed slave – and the first portrait to honour an African subject and Muslim as an individual and equal.  The Museum has given this one-picture exhibition the title, Faith, Slavery and Identity, noting that ‘Djallo had a lasting impact on our understanding of West Afrjcan culture, Black identity and the Islamic faith, but his life raises some uncomfortable questions’.

Ayuba Suleiman Diallo was born into a family of Muslim imams in West Africa in 1701. In 1731, while on a trading mission to the River Gambia to sell two black slaves to the English ship Arabella, Diallo was kidnapped, sold into slavery, and transported to Maryland where he was made to work on a tobacco plantation. Diallo (known also as Job ben Solomon) escaped, was caught and imprisoned but permitted to write a letter to his father that came to the attention of James Oglethorpe, Deputy Governor of the Royal African Company. Oglethorpe was so moved by the letter that he arranged for Diallo’s purchase and passage to England.

Diallo arrived in London in 1733. Recognised as a deeply pious and educated man, Diallo mixed with high and intellectual society and was bought out of slavery by public subscription.  His portrait was painted that same year by William Hoare, an accomplished artist, who painted many members of Georgian high society. Diallo was himself a high-status, educated and wealthy individual from a family of Muslim clerics. He was born in Bundu (now on the Senegal-Mali border) in West Africa, and as well as his native language, was fluent in Arabic and later learned English while enslaved.  Hoare’s painting depicts Diallo as a man of intelligence, character and compassion and was made at the time when there was a new interest in Islamic culture and faith in Britain, a reflection, perhaps, of  more tolerant values during the Enlightenment.

Through the publication by Thomas Bluett of his Memoirs in 1734, Diallo had an important and lasting impact on an understanding of West African culture, black identity and the Islamic faith. Bluett was on the same ship that brought Diallo to England, and in Some Memoirs of the Life of Job, concluded that Diallo was ‘no common Slave’.

Freed from slavery with money raised by public subscription, arrangements were made for Diallo’s return to Africa – a rarity for victims of slavery. Returning to his home town,  Diallo learned that during his absence his father had died, the country had been ravaged by war and his wife had remarried.

Despite his own life having been blighted by slavery, Diallo resumed his own slave trading activities.  An interpretation plaque at the Slavery Museum comments:

Slaves were an accepted part of most African Islamic societies. Many were prisoners of war, although exceptions could occasionally be made if prisoners converted to Islam. The Koran proclaimed that to free a slave was a most praiseworthy act, but although Islam arguably promoted the more benign treatment of slaves (women were generally not separated from their children, and masters did not have the power of life and death), human rights of Muslims and non-Muslims were sometimes still abused.

Three years ago, the National Portrait Gallery raised £100,000 from private donors and won support from Heritage Lottery Fund and the Art Fund to acquire William Hoare’s portrait of Diallo but were beaten at auction by the Qatar Museum Authority.  A temporary export bar prevented the portrait being whisked abroad and now a 5 year cooperative agreement has been reached to lend the painting to the NPG. The Qatar Museum Authority are supporting a programme of conservation and research on the work in London, and the painting will tour the UK before being exhibited in Doha in 2013.

Nearby, the Museum currently has on display this painting by William Windus, entitled Black Boy (c 1844), from the Walker Art Gallery collection. A Museum caption notes:

It could be read as an example of how European artists sometimes treated black people as picturesque subject matter. However, it can also, perhaps more convincingly, be seen as a straightforward realistic portrait.  Windus was born in Liverpool and trained at the Liverpool Academy Schools. This poor boy dressed in rags is traditionally associated with a touching story with a suitably happy ending. He is said to have crossed the Atlantic as a stowaway and been found by Windus on the steps of the Monument Hotel in Liverpool. Windus is then supposed to have employed him as an errand boy. This painting was put in the window of a frame-maker’s shop.  A sailor relative of the boy saw it, found the boy and took him back to his parents. It is unknown whether this story is true or not.

Windus’ image of picturesque poverty would have had a strong appeal in Victorian England. It is also, however, a strikingly direct picture of a boy, shown in a matter-of-fact pose. It does not have any ‘humorous’ props or symbolic details that often accompanied images of black people from the time suggesting lowly status or social inferiority. It is simply an image of a poor boy, similar in style to many other images of the ‘lower classes’ produced at this time.

The Museum adds these notes about Liverpool’s early Black presence:

There have been people of African descent in Liverpool since at least the 1700s.  Some Africans were sold in the town in the 1760s and 1770s but very few enslaved Africans were brought to Liverpool directly from Africa. A number of merchants brought slaves from the West Indies to work as servants in their homes.  Some African chiefs also sent their sons to be educated here and in the 1790s over 50 were at school in Liverpool.  With the development of the palm oil trade after 1807, African seafarers were increasingly employed to crew the ships. Many of them settled on the outskirts of the town, in the area we know as Liverpool 8.

The album is winner of the BBC World Music Awards Culture Crossing category this year. The BBC website has this to say:

Justin Adams is a busy man – he has produced all three of Malian desert blues band Tinariwen’s acclaimed albums, holds down a day job as guitarist in Robert Plant’s band, occasionally leads The Wayward Sheikhs (a rock band that experiment with Arabic scales) and regularly extends his musical talents to outside projects. A notable one is Soul Science, a new album he has recorded with Juldeh Camara, a master of the riti (or nyanyeru), a one-string violin that originates with the Fulani people and is played across West Africa.

Gambian musician Juldeh Camara grew up learning riti from his blind father, Serif, a master of the riti. As an adult he has worked with musicians across West Africa, the US and Europe. These include Ifang Bondi (for the past 30 years one of West Africa’s leading electric bands), Norwegian guitarist Knut Reiersrud and British r’n’b artist Dee Ellington. His recording debut in 1990 was for Bill Laswell’s Axiom label, co-produced by Laswell and Foday Musa Suso. Throughout the summer of 2003 he worked at The National Theatre, London, making music for the acclaimed play Elmina’s Kitchen by Kwame Kwei-Armah.

Adams had released a solo album, Desert Road, in 2000, demonstrating his fascination with West African guitar styles. Some observers suggested that while Adams was a fine guitarist his vocals left much to be desired. It’s appropriate then that when considering a second solo album he sort out a musical partner from West Africa who could sing. Fortuitously, Juldeh had a cassette of Desert Road that he would regularly play along with. Adams’ experience of making music with Tinariwen gave him a real appreciation for the dynamic textures of Juldeh’s playing.

Soul Science is the result of this collaboration between an English rock guitarist and a Gambian riti player. Listening to them play off one another you hear cultures sharing and forging a tough, edgy sound: blues rock mating with West Africa’s elemental, ancient string groove.