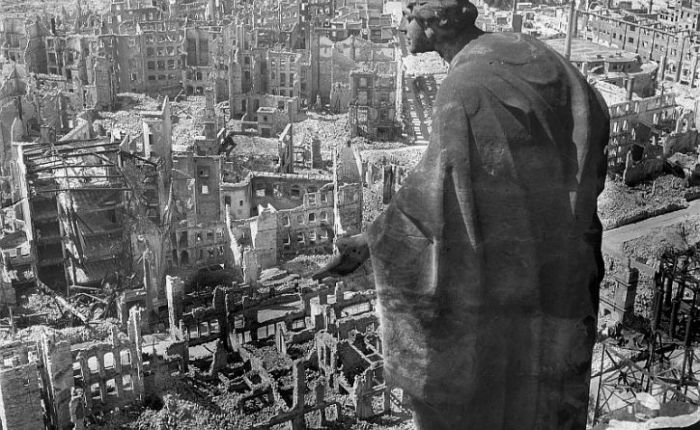 All moments, past, present and future, always have existed, always will exist… It is just an illusion we have here on Earth that one moment follows another one, like beads on a string, and that once a moment is gone it is gone forever.
– Kurt Vonnegut, Slaughterhouse 5

In Dresden on 13 February, they commemorated the 70th anniversary of the RAF air raid that reduced the city to rubble.  The RAF attack – carried out by 800 bombers on a cloudless night – was  the most destructive raid of the second world war. In the firestorm  that was unleashed around 25,000 people, mainly civilians, were killed in a few hours. It remains by far the most controversial British wartime act. END_OF_DOCUMENT_TOKEN_TO_BE_REPLACED

Having posted recently about Anne Frank and Etty Hillesum, I should note that one of the most acclaimed memoirs of the Nazi period is I Shall Bear Witness: A Diary of the Nazi Years 1933-1941 by Victor Klemperer. When the Nazis came to power in 1933 Klemperer was a distinguished professor at the University of Dresden, honoured as a frontline veteran of World War One. By 1945 he was one of the few Dresden Jews to survive the war, thanks to his marriage to an Aryan. The second volume of his diaries, To the Bitter End: 1942-1945 provides highly detailed observations of the daily life of the Third Reich. END_OF_DOCUMENT_TOKEN_TO_BE_REPLACED