Something I’ve remarked on before is that these posts don’t properly reflect the ubiquitous presence of music in my daily life. Occasionally I do mention a new album that has made an impact, and I do record here all the live music events that I attend. But there’s always so much more. So here is a roundup of some of the music which I have particularly enjoyed in 2016. The post ends with a playlist of the music mentioned. END_OF_DOCUMENT_TOKEN_TO_BE_REPLACED

Once again, we made the journey down to the capital to sample three events during the opening weekend of the London Jazz Festival. The music began with what was, for me, a welcome second helping of Tord Gustavsen’s collaboration with the German-Afghan vocalist Simin Tander on songs from their ECM album, What Was Said. The weekend concluded with a strong set but not totally convincing set from the Jan Garbarek Quartet at the Royal Festival Hall. But the outstanding event was a masterclass of breathtaking jazz improvisation by pianist Brad Mehldau and saxophonist Joshua Redman. That alone was worth the journey. END_OF_DOCUMENT_TOKEN_TO_BE_REPLACED 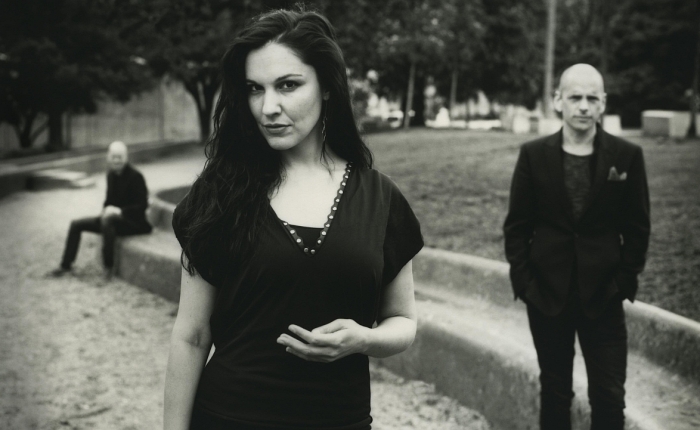 The Norwegian pianist Tord Gustavsen is renowned for the hypnotically hushed tones of the half-dozen albums he has recorded for ECM during the last 15 years. So we were not entirely surprised on Saturday evening, in the stripped-back surroundings of the CBSO Centre in Birmingham, to experience jazz at its  quietest and most minimal. END_OF_DOCUMENT_TOKEN_TO_BE_REPLACED 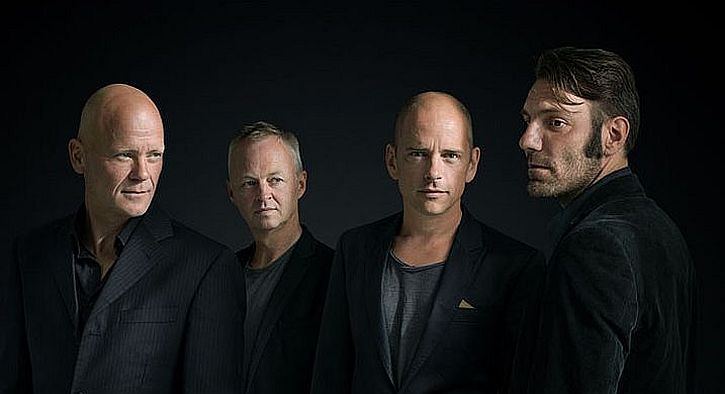 I like a bit of melancholia in my music, and you couldn’t get more melancholy than the second album by the Tord Gustavsen Trio, The Ground – described in the Guardian when it was released in 2005 as wallowing ‘in those feelings of faint melancholy you get when gazing out of the window on a wet Sunday afternoon’.  The spare, slow moving but hauntingly beautiful melody of ‘Tears Transforming’, the opening track of that album, was my introduction to the Norwegian pianist’s trio which, ‘if there was an award for the quietest band in the world’ – to quote the Guardian again – ‘would win it hands down’.

On Sunday evening we went to the Barbican’s new Milton Court venue, exquisitely furnished in what could possibly be Norwegian wood, to hear Tord Gustavsen’s Quartet play a considerably more dynamic show.  The music here – as on Extended Circle,  the new album by the Quartet – sounded more muscular, more purposeful, than on the trio of restrained Trio albums (Changing Places, The Ground and Being There) that we have grown to love in our house. I don’t know to what extent the addition of saxophonist Tore Brunborg was responsible – he was certainly not alone in launching off from the passages of meditative stillness into less fragile, more gloves-off improvisations.

They began quietly enough, as Gustavsen explored the keys of the piano almost inaudibly, the hush broken only by the whispering of brushed cymbal from Jarle Vespestad.  But Gustavsen was soon on his feet, Keith Jarrett-style, black-suited and hunched over the keyboards like some Nosferatu figure, writhing and twisting as the sinuous melodies spooled out.  Jarle Vespestad is, apparently, renowned for his aggressive drumming; as if recognising his own predilections, but affecting some restraint, at times he applied a towel to his drum kit, in order to muffle the sound.

The programme consisted of tunes from the new Quartet album, Extended Circle, along with older trio pieces – all of them re-worked in fine improvisations that revealed an ensemble in perfect tune with each other.  In interviews about the new album Gustavsen has agreed that the quartet cuts loose more than on the trio albums:

But to me, it is the same basic approach. We’ve always had a combination of restraint and passion, but that can work out in different ways. On this album we’ve found ways to include a bit more dynamic and more…you could even say extroverted playing, within our framework of a contemplative, stripped-down approach.

Gustavsen introduced several of the numbers in a hoarse whisper.  One, he said, was in a major key – ‘something rather difficult for us as Norwegian musicians; we are more at home in the minor, the melancholy’. But there’s something else: he has described some of his songs as ‘wordless hymns’:

I grew up singing hymns.  Whenever I can stretch out for new land musically on the basis of a fundamental hymnal structure, then the music becomes liberated.  Anyone can play weird stuff, it’s finding a way that feels rooted yet free, and for me, that freedom is connected with spirituals and lullabies.

This religious influence has often been acknowledged by Gustavsen, who played in church while growing up, and it was apparent at times in this performance. Introducing ‘Eg Veit I Himmerick Ei Borg’ (‘A Castle in Heaven’) from the new album, Gustavsen explained that it is based on a Norwegian folk song, often sung at funerals,  which nevertheless has at its heart a message of hope:

I know of a heavenly stronghold
shining as bright as the sun;
there are neither sin nor sorrow
and never a tear is shed.

I am a weary traveller;
may my path lead me
from here to the land of my father;
God, protect me on my way.

Gustavsen says has known this tune since childhood:

It carries an intense duality of sorrow and hope, both in its music and in its lyrics. And those lyrics are at the back of my head. Hymns and spirituals are a fundamental part of my core and it’s a blessing to find new and mature ways of relating to those roots.

It’s on this beautiful number especially that Tore Brunborg’s sax soars to the most passionate solo of the night – one very much in the style of Jan Garbarek. It’s a spine-tingling moment in a a brilliant concert.

With regard to the title of the new album, Gustavsen has described the Quartet as:

A creative circle or community – pulsating through communal experience, but also through whatever the individual musicians do outside this circle and bring back to the collective. The modernistic notion of linear progress is dead… we want to move in creative circles or spirals, coming back to musical and spiritual issues from ever-new angles, developing the musical approach or ideology with – hopefully – a deeper insight, a deeper set of experiences and skills.

This passion for uniting raw emotion with elegance and an almost meditational type of playing will never be finished. It’s probably my life’s mission to keep exploring the different dilemmas and challenges and potentials of that, because it’s connected to a very fundamental life purpose of mine – musically and spiritually – to unite intense presence with calmness.
– Tord Gustavsen

Posts here during the last couple of days have celebrated the 40th anniversary of the founding of ECM Records. To round things off I thought I’d put together a list of 40 of my favourite ECM albums, in no particular order. END_OF_DOCUMENT_TOKEN_TO_BE_REPLACED

For the past 18 months or so, the music of the Tord Gustavsen Trio has been played pretty constantly in our household – especially The Ground, with its exquisite opening track, ‘Tears Transforming’, the album that, amazingly, reached the top of the Norwegian album charts within a fortnight of its release. So, it was with great anticipation that we headed to the RNCM  last night for the concert by the Tord Gustavsen Ensemble, a larger outfit that on this UK tour consists of  Tord Gustavsen (piano), Tore Brunborg (tenor and soprano saxophones), Mats Eilertsen (double-bass), Jarle Vespestad (drums).

We were not disappointed. This was only the fourth time this quartet had performed live, though you wouldn’t have known it from their fluent interplay on this luminously beautiful lyrical music. Apparently, When Miles Davis was recording Sketches of Spain with Gil Evans, he said of of Rodrigo’s Arajuez Adagio, ‘that melody is so strong that the softer you play it the stronger it gets…’ Tord Gustavsen’s melodies are like that.

They began with the most beautiful of those melodies, ‘Tears Transforming’, and followed it with ‘ The Child Within’, from the Ensemble’s new album, Restored, Returned. Another tune, ‘Where We Went’ featured an exquisite, delicate drum solo by drummer Jarle Vespestad.

This is the Herald Scotland review of the Ensemble’s Edinburgh gig on the 18th:

It’s no surprise that Tord Gustavsen introduces his sound engineer as the fifth member of his ensemble. The pristine sound quality that comes as standard with the label Gustavsen records for, ECM, and micro adjustments such as the dash of reverb introduced on the drums at strategic moments play a large part in the Norwegian pianist’s concert presentation. In fact, there’s probably a whole review to be written about the tonal properties each musician entrusts to the mixing desk and the contrast between the comparatively imposing physical presence of double bassist Mats Eilertsen and the world’s quietest drummer, Jarle Vespestad. But these are bound up in a beautiful musical end product that communicates a wealth of ideas and champions celebration as much as melancholy and yearning. It just doesn’t make a big fuss about it.

In saxophonist Tore Brunborg, Gustavsen has a kindred spirit who expands the pianist’s palette while paying attention to melodic refinement and a sense of space. It says much for Brunborg that ‘The Swirl’, with its infectiously loose hipped, laid back boogaloo beat, sounded just as complete without the absent Kristin Asbjornsen’s very individual singing as it does on the ensemble’s new album, Restored, Returned. Gustavsen, though still compact, plays out of himself more in this setting than in his trio, digging deep into his gospel tendencies on a brand new tune and approaching the rhapsodic on the Spanish dance-influenced ‘Where We Went’, the number during which Vespestad, who alternates between sticks and brushes with near-surgical discernment, put forward an emphatic case for, unlikely though it may seem, the drum solo as means of seduction.

Another insightful review – this time, of the Birmingham gig on the 17th –  was this one, by Peter Bacon for thejazzbreakfast:

A friend had voiced moderate concern that the addition of saxophone to Gustavsen’s quiet and subtle music would somehow spoil it – a few notes from Brunborg and such misgivings were dispelled. He manages to combine warmth and richness of tone with precision of articulation in a compelling way. Gustavsen pointed out, in his thejazzbreakfast interview, how all the members of the band, even master drummer Jarle Vespestad, are melodists, and so it is: lines of improvised tunes weaving in and out, whether Eilertsen’s perfectly placed upper register bass counter-melodies, Brunborg’s always lyrical solos, Vespestad’s cymbal scrapes and tom-tom phrases, or the leader’s seemingly inexhaustible supply of freshly created songs.

As on the new album, the concert was woven through with what Gustavsen calls “left over lullabies”, gentle, calming music in one sense though with the knowledge of experience behind it to suggest that the day before this call to sleep has not been without its rigours and difficulties.