Last week, BBC 4 screened The Past, a film by Asghar Farhadi. He’s the Iranian director, Oscar-nominated for his most recent film The Salesman, who has pledged not to attend the ceremonies even if he gets exemption from Trump’s travel ban. Previously I had seen Farhadi’s celebrated A Separation which, like The Past, takes the story of a seemingly straightforward divorce before developing, by way of a succession of unintended consequences involving a group of equally flawed yet decent characters, into a complex and challenging exploration of what forms moral behaviour.
END_OF_DOCUMENT_TOKEN_TO_BE_REPLACED 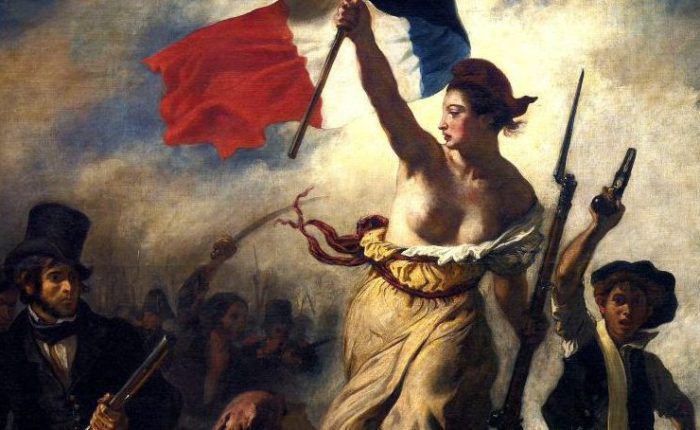 It was one of those books that sit in the pending pile for quite a while, but I finally got round to reading Kenan Malik’s The Quest for a Moral Compass this autumn. Subtitled ‘A Global History of Ethics’ his book proved to be a rewarding, accessible (and actually quite gripping) three thousand year history of moral thought, not just in the West but across the globe. Reading it in the closing months of this awful year in which cherished assumptions about how we govern ourselves and relate to one another have been cast asunder was nothing if not timely. END_OF_DOCUMENT_TOKEN_TO_BE_REPLACED

Yuval Noah Harari’s Sapiens: A Brief History of Humankind is a big book: it may be only 400 pages, but it’s scope is breathtaking. Don’t come to this book looking for dates or expositions of key historical events. Harari’s approach to history is to stand back and see what patterns emerge from the big picture. END_OF_DOCUMENT_TOKEN_TO_BE_REPLACED

Something happened on the day he died
– David Bowie, ‘Blackstar’

Three things we learned this past week connect in my mind. First came the news that Bowie had died, followed by a huge national outpouring of sorrow and loss. A day later it was revealed that the number of people attending Church of England services each week has dropped below 1 million – less than 2% of the population – for the first time, with Sunday attendances even lower at 760,000. Finally, amidst widespread condemnation, leaders of the Anglican communion meeting in Canterbury agree – in the words of Giles Fraser – ‘to punish its American franchise for the temerity of marrying gay people, sending out the message to the LGBT community: you are a problem, and we will establish our unity on the basis of your exclusion’.

The meaning of these stories, it seems to me, is that they reveal how British society has changed in the decades since Bowie first stunned viewers tuning in to watch Top of the Pops on 6 July 1972 to see him in the persona of Ziggy Stardust performing ‘Starman’, arm draped around Mick Ronson’s shoulders, pointing a finger at us all and singing, ‘I had to phone someone so I picked on you-hoo-oo’. END_OF_DOCUMENT_TOKEN_TO_BE_REPLACED

Passing through London on our way back from the David Jones show in Chichester, I decided to take a look at the current exhibition at the British Library: West Africa: Word, Symbol, Song. It’s an ambitious survey of literature, art and music from the great African empires of the Middle Ages to expressions of rapid cultural and political change across West Africa in recent decades. END_OF_DOCUMENT_TOKEN_TO_BE_REPLACED

Leviathan, the latest film from Russian director Andrey Zvyagintsev, opens with waves beating upon a barren shore where rocks as old as the earth face an implacable, slate-grey sea.

Tracking inland across barren wastes to an insistent Phillip Glass score, the camera encounters signs of human imprint on this unforgiving landscape: power lines, the hulks of wrecked and abandoned boats, a settlement of worn clap-board houses. END_OF_DOCUMENT_TOKEN_TO_BE_REPLACED

Recently, I read the Marilynne Robinson trilogy that begins with Gilead (2004), continues with Home (2008) and concludes with Lila (2014). I don’t think I have read a finer suite of novels.  Collectively, in an undemonstrative fashion, they constitute an interrogation of America as a home, and of the obligations of religious belief in a society in which social justice and the care of others is not guaranteed for all.  The novels are set in the quiet and conservative rural America of the early 1950s, yet there’s an undertow of a country divided by race and prejudice. END_OF_DOCUMENT_TOKEN_TO_BE_REPLACED

At first, there are no words. Then Salman Rushdie – a man whose opinion carries more weight than most in the present circumstances says this:

Religion, a medieval form of unreason, when combined with modern weaponry becomes a real threat to our freedoms. This religious totalitarianism has caused a deadly mutation in the heart of Islam and we see the tragic consequences in Paris today.

I stand with Charlie Hebdo, as we all must, to defend the art of satire, which has always been a force for liberty and against tyranny, dishonesty and stupidity.

‘Respect for religion’ has become a code phrase meaning ‘fear of religion’. Religions, like all other ideas, deserve criticism, satire, and, yes, our fearless disrespect.

END_OF_DOCUMENT_TOKEN_TO_BE_REPLACED 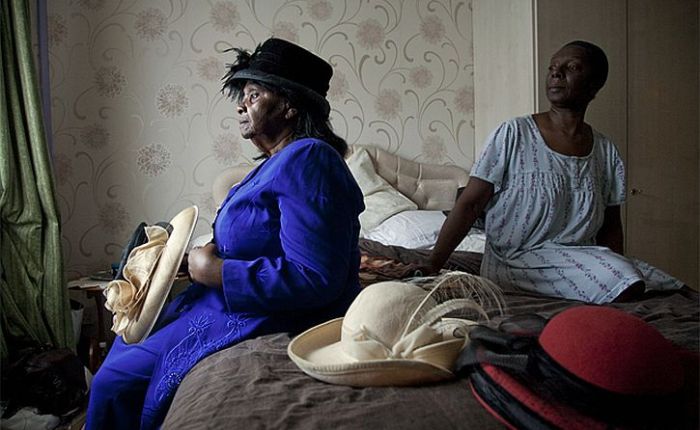 At the moment Liverpool is hosting its first International Photography Festival, Look 11.  I’ve been to see one of the exhibitions, so small it doesn’t even figure in the Festival handbook.  The Victoria Gallery is hosting a small selection of rich and wonderful images from Under Gods – Stories from Soho Road, a portfolio of work by Liz Hingley.

Hingley grew up as the daughter of two Anglican priests in Birmingham, and became fascinated by the multi-faith community where she was brought up – one where people from over 90 different nationalities lived. Her photographs document and celebrate the rich diversity of religions that coexist in Soho Road, Birmingham, and vividly communicate the reality and intensity of their different lifestyles. 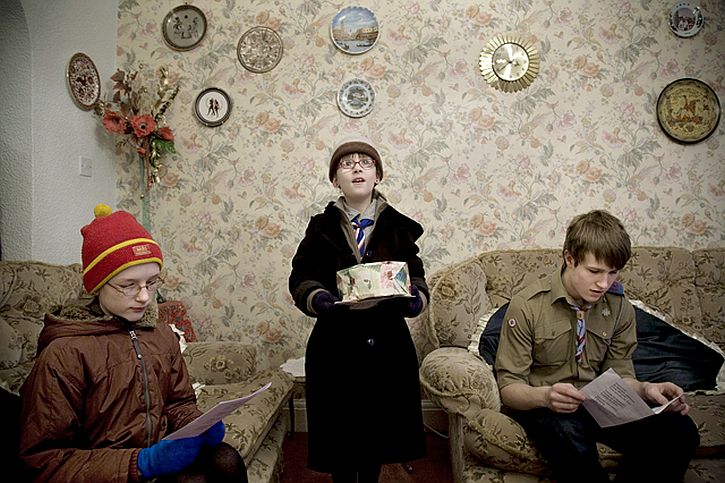 Between 2007–2009, I explored the two-mile stretch of Soho Road in Birmingham, to document and celebrate the rich diversity of religions that co-exist there, and the reality and intensity of their different lifestyles…. Religion has become the defining factor, rather than culture or race.  Here over thirty religious buildings act as centres for many different religious denominations and serve ethnic groups who have come from all over the world.  Under Gods investigates the growth of urban multi-faith communities and the complex issues involved, such as immigration, secularism and religious revival.

The lively bus journeys along Soho Road on a Sunday were always insightful. They took Christian individuals to church congregations meeting in a tent in the local park or a school gym hall. Converted Iranian Jesus Army members in multi-coloured camouflage print outfits could be found sitting next to Jamaican-born ladies boasting decorative hats [above]. I would hear Muslim girls sitting at the back speaking loudly about the latest fashions of the veil, whilst I chatted with Hare Krishna devotees on their way to central Birmingham to distribute books.

This work is a result of my own journey along Soho Road. I investigated what the people on the street believe their religion to be rather than what is prescribed by religious leaders or by the texts. For I see that faiths are interpreted differently depending on time, place and person.

At a time when religion can breed unnecessary fear and prejudice through misunderstanding, with my photographs I hope to reveal what it can bring to everyday inner-city life.