On the way back from Brecon we stopped at Powis Castle near Welshpool and walked round the gardens.

The castle was bequeathed to The National Trust in 1952 by the 4th Earl of Powis, but dates back to the 12th century. It was built by Welsh Princes near the border with England. Sited on a hill and built of red gritstone, it dominates the landscape. 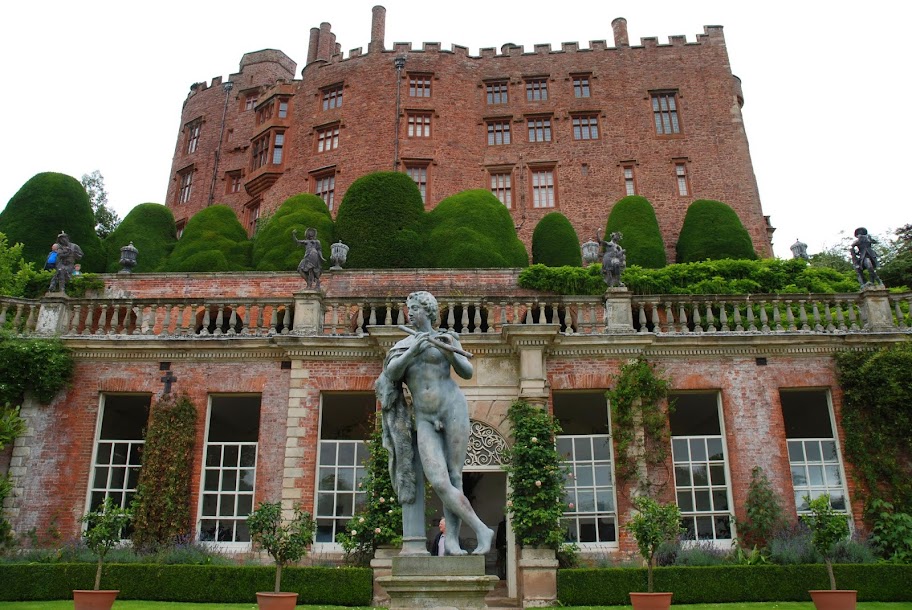 During the Civil War, the Earls of Powis supported the Royalist cause and the castle was captured by Parliamentary forces in 1644 and not returned to the Herbert family (who purchased it in 1587) until the restoration of the monarchy in 1661. 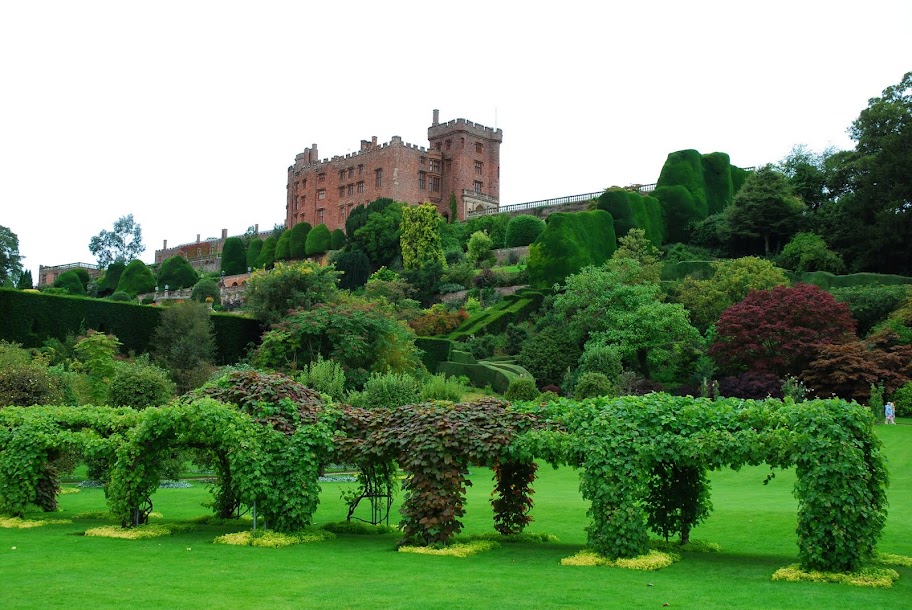 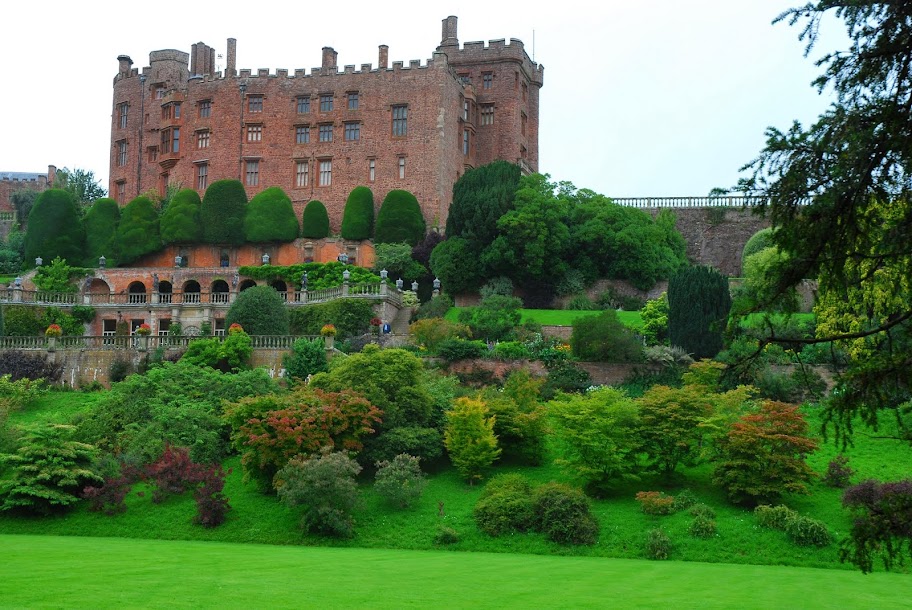 The gardens with the terraces, lead statues, yew hedges and  fine lawns are considered to be the best in Wales. The terraces were built in the seventeenth century. The valley floor has been, successively, a water garden, a landscape park by William Emes, a kitchen garden and, now, a flower garden. 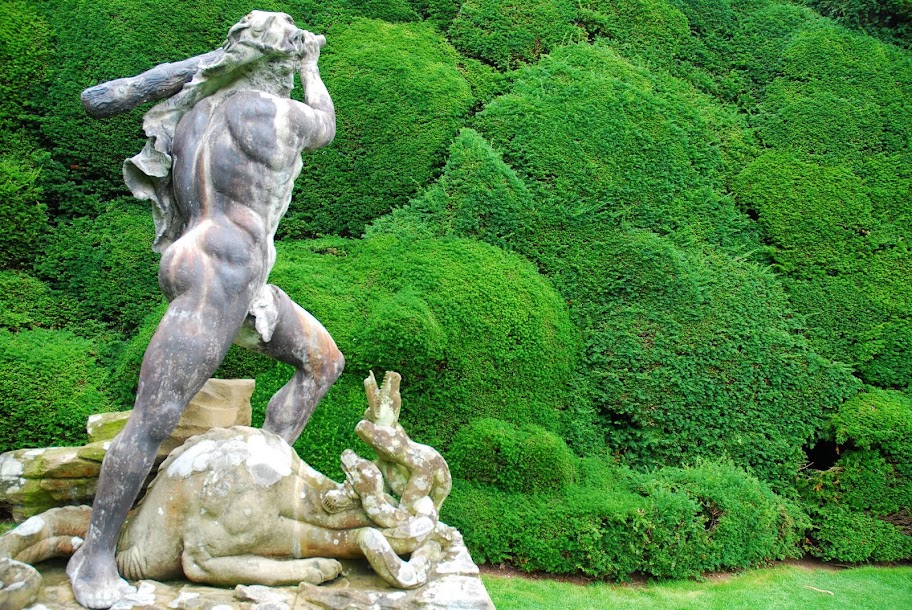