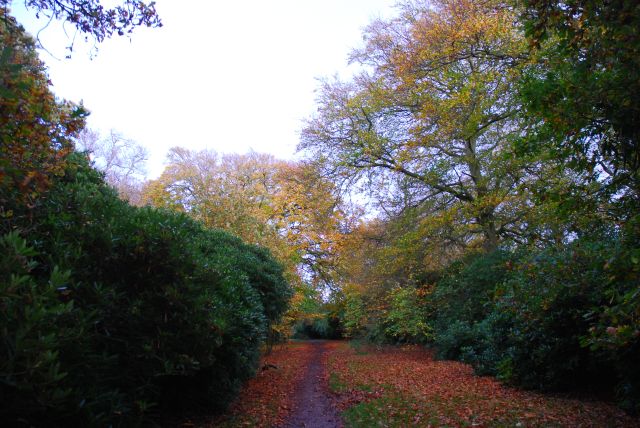 After posting images of trees yesterday, I decided this afternoon that I’d take a walk with our dog in Childwall Woods, one of those magical places you can’t believe exist in the confines of a city. 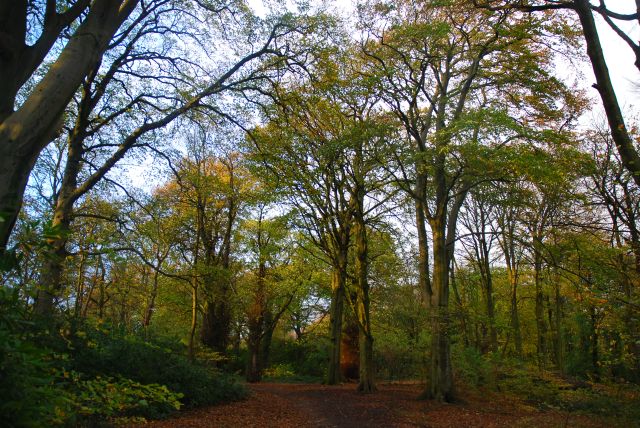 Childwall Woods is one of Liverpool’s wildlife havens, a Local Nature Reserve with a diversity of urban wildlife including small blue, small copper and red admiral butterflies; linnets and sparrow-hawks; English bluebell and southern marsh orchids. Bats, voles and foxes are also regular inhabitants of the area. 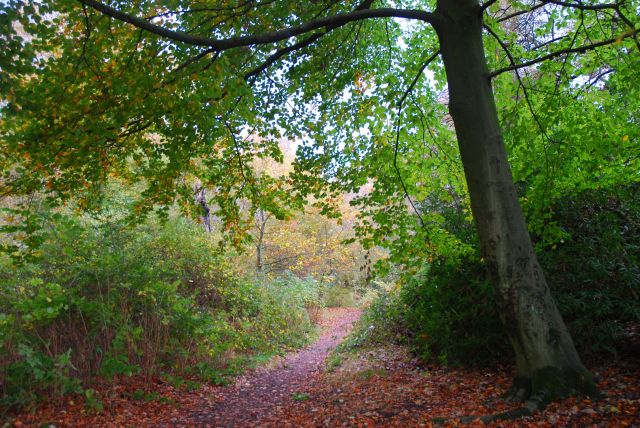 There are sixteen types of trees in the woods, predominantly Beech with a mixture of other deciduous and evergreen species, including English Oak, Sweet and Horse Chestnut, Lime, Silver Birch, Sycamore, Whitebeam and Yew. At least 60 species of bird inhabit the site, with Grey Partridge being notable in this urban area. Kestrels and Sparrowhawks regularly nest in the woods along with Great and Lesser Spotted Woodpeckers. Herons can be seen in the marshy wet areas of the fields and in the autumn Long tailed Tits and Goldcrest flit through the woodland treetops. 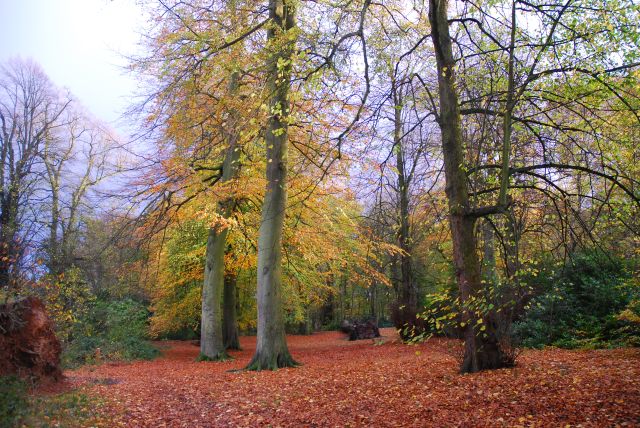 The woods were originally part of the grounds of Childwall Hall, built by Bamber Gascoyne in 1780 and designed by the architect John Nash.

When Liverpool Corporation wanted to establish a further education college there in 1949 the old building was demolished (below) and a new one built. I began my career there as a college lecturer in 1972, teaching British Constitution to Post Office telegram boys (now there’s a lost profession!), police cadets and fire service apprentices.  The building is now the headquarters of Phil Redmond’s Mersey TV (now Lime Pictures) where Channel 4’s Hollyoaks is produced. 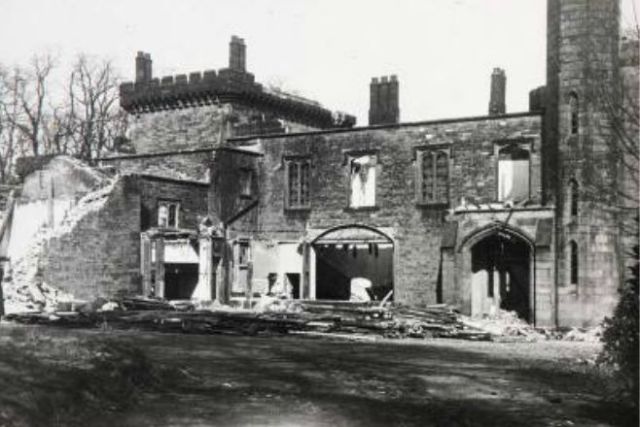 It was at Childwall Hall County College that a 22-year old Willy Russell got his big break:

At Liverpool Education Department he saw an advert on the wallfor a package of O level courses. “For two years I’d been asking where such courses took place.” He caught the first bus there, and asked to see somebody. “I must have been in a terrible state. The deputy head came out, sat me down in his office, calmed me down and asked me what the problem was. “It was such a tender thing to do. I must have talked for an hour. I went on and on about not having being able to find what I wanted.” The man told him that subject to him passing a test proving he was capable of basic English, he would be offered a place. “I said: I’ve got English O level. He said: You’re in. “It was one of the most significant moments of my life.”

He was told he would have to find a grant, but that didn’t bother him. He knew he could carry on working, if need be, to support himself, and that is exactly what happened. And so he went to college full-time for a year, a man of 20 amongst an initially suspicious class of 15-year-olds. “They thought I was a CIA plant. Fortunately I played guitar and after about eight weeks everything was fine. “The experience was “just unbelievable. It was a year’s idyllic learning, drinking beer and playing guitar.

He did O level law, British Constitution, History, Sociology, General Studies and Drama, and English Literature A level. And he learned how to type. He ran for student union president against a young Derek Hatton, then a fireman doing day release. “I won, but it would have been better for the students if Derek had won.” That further education, he declares, saved his life. “I have no hesitation saying that. It let me go back to the beginning. It gave me the chance to start again.” 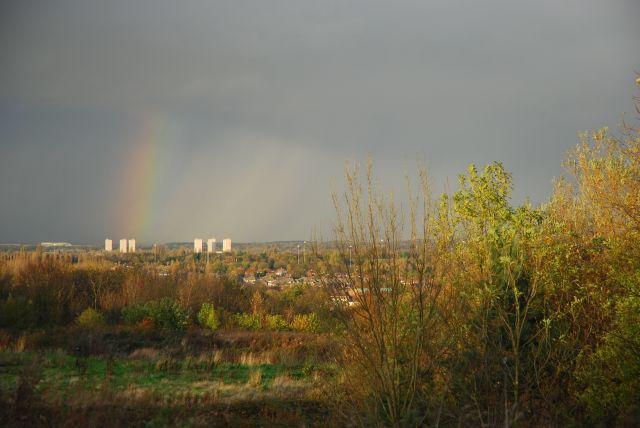 I walked out of the woods and into the open scrubland of Childwall Fields. I was in bright sunshine, but over to the northeast a squall was pushing in off the river, a rainbow dropping down to tower blocks on the skyline.  Childwall Fields was once a landfill site which was closed in the early 1970s. In recent years it has been planted with native deciduous trees as part of the Mersey Forest project. The view from the fields on a clear day is superb, looking over the Lancashire and Cheshire plain with the Peak District to the south east and the West Pennines and Pendle Hill to the north east.