Yet another gem emerged from the cornucopia of ECM Records last month – The half-finished heaven, the fourth album that Sinikka Langeland, the kantele player, singer and composer from Norway has recorded for Manfred Eicher’s label.

It’s a gorgeous record from an artist I first encountered in 2006, when she released her first ECM recording, Starflowers.  Like that album – and The Land That is Not that followed it – The half-finished heaven is an inspiring mix of Norwegian folk, jazz and poetry. END_OF_DOCUMENT_TOKEN_TO_BE_REPLACED 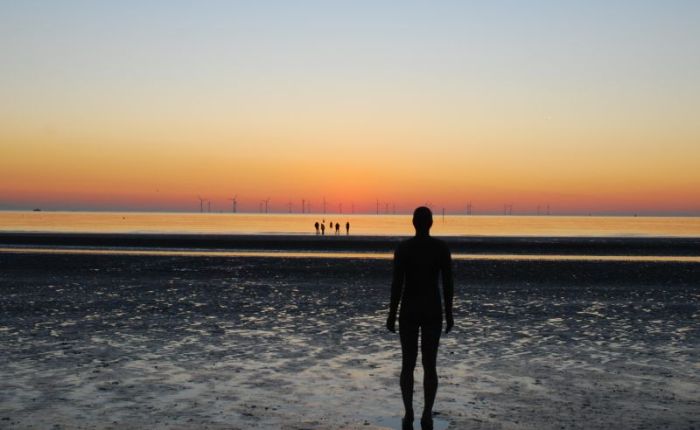 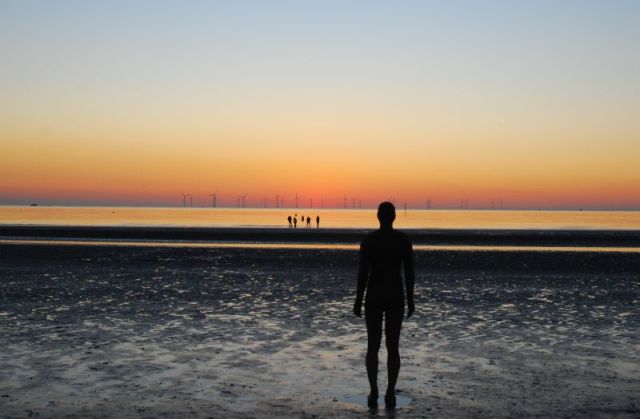 On this, the first morning of a new Mayan cycle, I think that this article by Ed Vulliamy – which appeared in the Observer last Sunday – deserves another look.  Perhaps because it chimes with my default outlook – pessimism tinged with a fortifying dash of optimism – or maybe because it just speaks the damn truth:

At 12 minutes past noon last Wednesday, 12.12.12, 12 minutes of wintry stillness was broken by the low chime of a gong. The crowd gathered around the Chalice Well beneath Glastonbury Tor linked hands, looked skywards, then touched the earth. A multitude of others did the same across the world – only this place, as everyone knows, is rather special.

For many people, these days between last Wednesday, 12 December, and the winter solstice on 21 December next Friday constitute a portal of some kind, based upon a convergence of predictions in ancient calendars, notably that of the Maya in what is now Mexico and Guatemala. According to the Maya, the 13th baktun reaches completion on Friday, in what they called the Long Count of time. The moment is taken by some to mean the end of time – those who perhaps prefer the idea of apocalypse Hollywood-style to the prospect of grinding on – and by many more to herald some new era in which battle will be done between those who would protect the planet and those bent on destruction.

Just in case, there will be a Party At the End of Time on solstice eve, at an outdoor location near Glastonbury Tor. It should be more fun than the last time I went to witness the end of time, on assignment for the Washington Post in 1988, with fundamentalist Christians in North Carolina. They had to switch to an escape-plan interpretation of the scripture at stake, reluctantly reopening their shops, rather than being called to be “saved”.

To many folk, especially those bound to the materialist order and narrow politics, all this Mayan caper is mumbo jumbo. Others are so dogmatic about its importance they become tedious. But in between there will be those tempted to ponder that the Maya may have been on to something; those for whom the moment does present an opportunity to reflect above and beyond latest news on the royal sprog or from No 11 Downing Street. After all, Christmas and new year are a round of “reflections” from pulpits and television screens, and they come around far more regularly – a baktun is a measurement of 144,000 days, more than 392 solar years.

Scholars, “Mayanists”, archaeologists, astronomers, mystics and new-age phoneys will debate what, if anything, the Mesoamericans intended the completion of the 13th baktun to signify. We can be fairly sure that it was not the end of time: the Maya foresaw “distance dates”, inscribed into the stones at Palenque in Chiapas, Mexico, that foresee time stretching for 2 quintillion years longer than the entire life of the universe that is agreed upon by many modern cosmologists.

The Maya were no fools. Likely inventors of the figure zero, their mastery of astronomy – bequeathed to history through various codices and stoneworks – was breathtaking not only for its time, but for all time. Their systems for measuring time were more sophisticated than ours, with pivotal numbers of 13, 18 and 20, based upon lunar, Venusian, astronomical and mathematical measurements, and expressed in glyphs. Unlike us, the Maya had the far-sighted sensibility to distinguish between the calculation of a “short time” calendar round (made up of 52 260-day years) and a Long Count of katuns and baktuns.

Next Friday, as the solar year turns, we shall be entering baktun 13.0.0.0.0. And why should not this be significant, the end of something, and beginning of something else? The trajectory of the world we call “civilised” since the Maya measured the future has seen Renaissance, Enlightenment, an age of romanticism and revolution, the rise of science and proliferation of what we like to call “democracy”. We worship the notion of progress.

Indeed, progress is the one thing that every belief (especially self-belief) that drives our world depends upon. All monotheistic religions are by definition eschatological, towards either redemption or damnation. The rise of capitalism to its present state insists that the march of the market is an indicator of “progress” and “freedom”. Those on the left define themselves as “progressive” as though progress were a given towards some dawn of humanity. Aristotle gave all this a name – Telos, procedure through time for a purpose, a “final cause”.

But what if all this is untrue? What if the monotheist promise of salvation is balderdash? What if the capitalist notion of an entwinement between the free market and democracy is as absurd as it is outrageous? What if the left’s inevitable “progress” towards equality is a fraying fantasy?

In the once-Mayan Americas: a raging drug war – from which the rich and banking system profit handsomely – with no end in sight; while a respite for Latin America faces the incursions of mining companies in the rush to gouge out what are called “commodities” in the earth and mountains.

In Britain, in the American superpower and many other places, government by the greedy on behalf of the greedier deepens the gap between rich and poor, back to the bad old days of a century ago – only now the movement is in the wrong, widening direction.

Across Africa, people starve, though much of the continent is under glass, growing food for those in the developed world. In Asia, a new industrialised economy is based upon wage slavery, and wars of religion spread.

Everywhere: there is worship of technology, “communication” and supposed connectivity, though so often in isolation and unable to connect the ubiquitous gadgets with the conditions under which they are made. Everywhere: the lucrative sale of ever-deadlier weaponry. Everywhere: the advance of more sophisticated methods of surveillance and control.

And everywhere: environmental crisis and extinction of species. At home, the “greenest government ever” prepares to pave the “green and pleasant land” about which it sings at party conference beneath a layer of concrete, Tesco, Travelodge, B&Q. To that, last week, add fracking for shale gas. Across the world, the dual crises of climate change and finite resources meet with denial, hollow intentions and the generation of energy for profit and profit alone. In the face of calamity, business as usual: “development”, “growth”, “progress” … to the point of planetary, animal and human asphyxiation. Anyone who questions this “progress” is “Luddite”. Anyone who mourns what is forever lost is “nostalgic”. To advocate fair distribution of the means of production and exchange is to be “communist”, as it was in the US in the 1950s. To defend nature is to be a “tree-hugger”, ignorant of economic reality.

Telos is rampant, this form of “progress” set in stone, for all the brazen indicators as to where turbo-capitalism is taking us. Not by minds of the calibre of Plato, but those as dogmatically determined as the commanders of the post-modern, post-political world – the cartel of finance, the new corporate order and its political servants. The awful truth is that most functionaries in government bureaucracies, corporate hierarchies, sweatshop assembly plants, and so-called “security” forces that make up this modern order believe in the march of progress.

But there exists also a multitude which rejects it. And for many of these refuseniks, the symbolism – if not actuality – of this phase in the Maya calendar is important. We do not face Armageddon, but we do face catastrophe. Those around the wellhead on Wednesday would call it a catastrophe of consciousness, as well as everything else – among those masters of war, as Bob Dylan called them half a century ago, and the high priests of greed unleashed, and their troglodyte subject-followers.

If there is to be a future of quality for the planet and its species, these days must mark the start of a new era of sorts. We need to see this “progress” for what it is: a dangerous and destructive fantasy. And Telos as a lie.

The Party At the End of Time beneath the Tor will no doubt be a terrific night, but it needs to invoke the dawn of something too. If there is no fundamental change, the completion of the Maya’s 13th baktun marks not the end of time, but rather the end of hope.

Coda: Edith Södergran (1892-1923) was a Swedish-speaking Finnish poet who lived in the Raivola district near St Petersburg which since 1940 has been Russian territory.  Södergran is now regarded as one of the pioneers of modernist Swedish poetry, though in her lifetime she received little recognition for her work. This poem, ‘The Land That is Not’ (‘Landet som icke är’) was one of the last poems she wrote before her brief life terminated by tuberculosis.  [I’ve omitted the Nietzschean second verse, but you can read the complete poem here.]:
I long for the land that is not
for I am weary of desiring all things that are.
The moon tells me in silver runes
about the land that is not.
the land where all our wishes
are wondrously fulfilled,
the land where all our chains fall away,
the land where we cool our gashed foreheads
in the moon’s dew.
53.410777 -2.977838

Watch the stars – see how they run…
– Pentangle

Here’s a stunning photograph from the Eyewitness series in The Guardian.  It shows the Milky Way as seen in the Mardi Khola valley in the Himalayas, with clouds of galactic dust illuminated in red by young stars. Ukrainian photographer Anton Jankovoy braved freezing temperatures for this shot during a trek in Nepal.  Click on the image to see it full size.

Anton Jankovoy is a professional travel photographer, shooting in such genres as travel, landscape and portrait photography. He is a member of the International Union of Wildlife Photographers (IUWP). His Flickr photostream can be viewed here.

Jankovoy also captured these amazing long-exposure  images of swirling star trails above Mount Everest, published in several newspapers earlier this year. He spent months camping at the foot of the world’s highest peak patiently waiting for the right weather conditions.  Peaks including the Annapurna South and the Hiunchuli can be seen in the spectacular images which took hours to capture and expose.

Jankovoy  told the Daily Mail: ‘because star trail images need very long shutter speeds they take a lot of patience. I’ve learnt how to endure the freezing cold by meditating’.

In the land that is not
my beloved walks with brilliant crown.
who is my beloved? The night is dark
and the stars quiver in response.
Who is my beloved? What is his name?
The heavens arch higher and higher,
and an earthly child drowns in endless fogs
and knows no answer.
But an earthly child is nothing but certainty.
And it stretches its arms higher than all the heavens.
And an answer comes: I am the one you love and will always love.
– Edith Södergran (1892-1923), ‘The Land That Is Not’