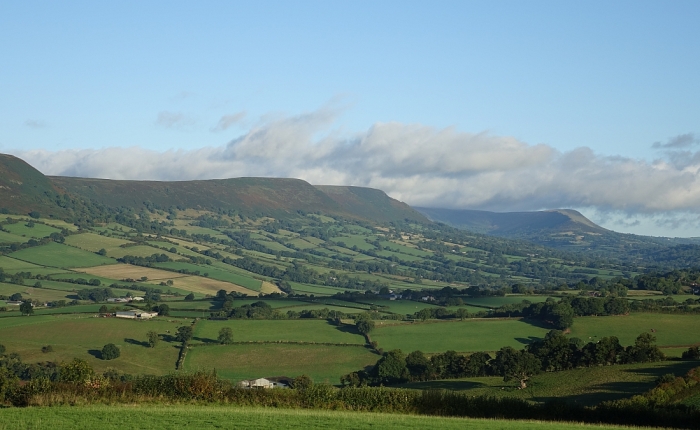 A song of harmony and rhyme
In haunts of ancient peace.
– Van Morrison, ‘Haunts of Ancient Peace’

Last week we spent an all-too-short four nights based in the Black Mountains region at the eastern end of the Brecon Beacons. It’s an area that has inspired poets and painters, diarists and novelists: Bruce Chatwin called this area one of the emotional centres of his life.

For me, the trip had been partly impelled by reading Tom Bullough’s novel Addlands which is set in the Edw valley, north of Painscastle and Hay on Wye. But the literary and artistic connections in a landscape that still seems lost in time are numerous: Bruce Chatwin, Dorothy and William Wordsworth, Francis Kilvert, Allen Ginsberg and Owen Sheers, David Jones and Eric Ravilious are among those who lived here, passed through and were inspired by this area. END_OF_DOCUMENT_TOKEN_TO_BE_REPLACED 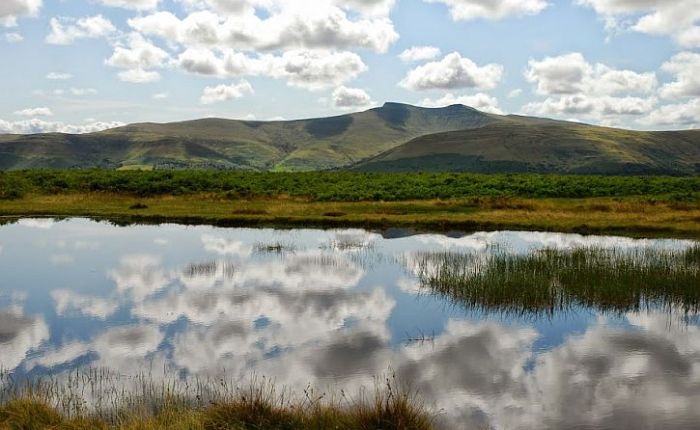 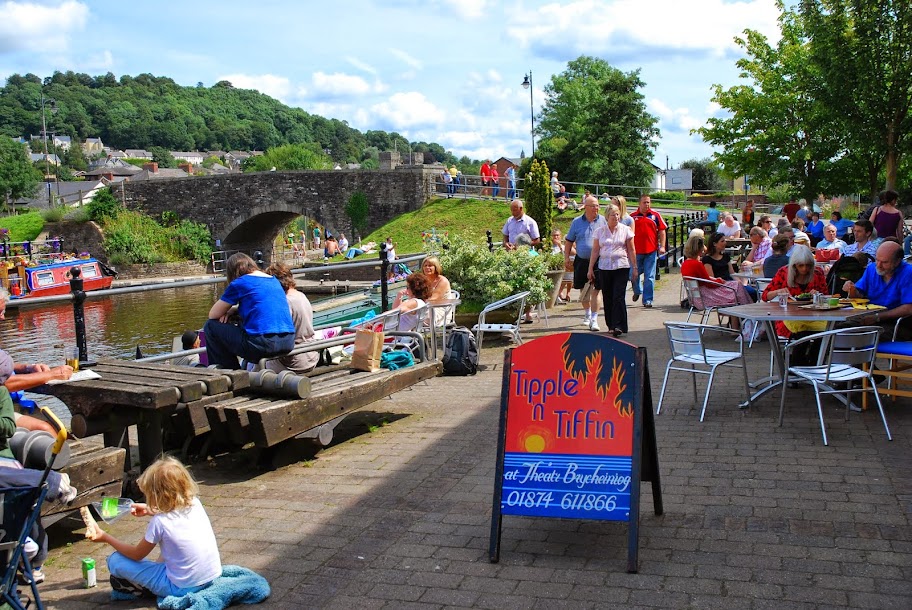 While we were at the Brecon Jazz Festival we were blessed with beautiful weather and were able to get in a couple of lovely walks.  We also ate well – at Roberto’s Italian restaurant where the quality of the food belied the external appearance of the place, and at Tipple ‘n’ Tiffin at the Theatre where we had excellent tapas sitting outside by the canal. 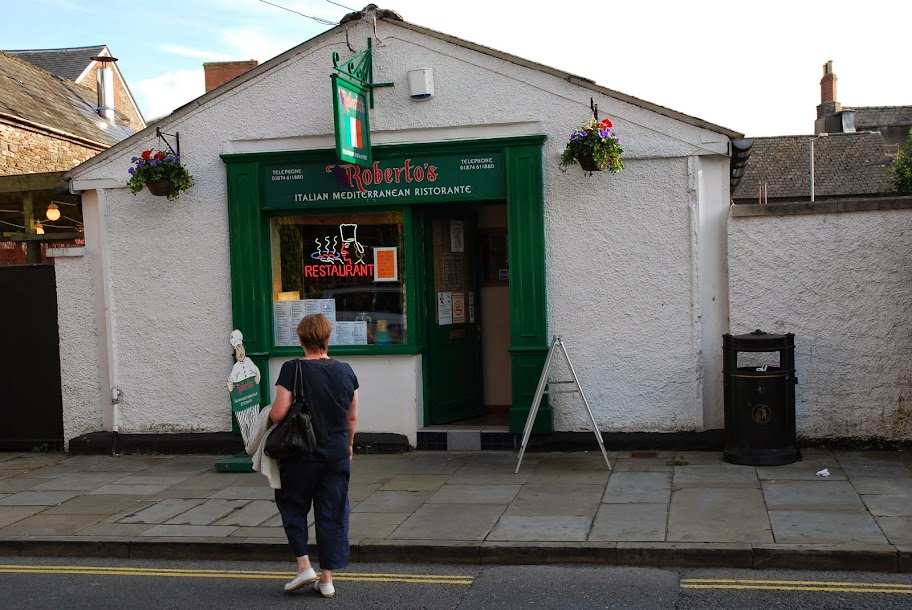 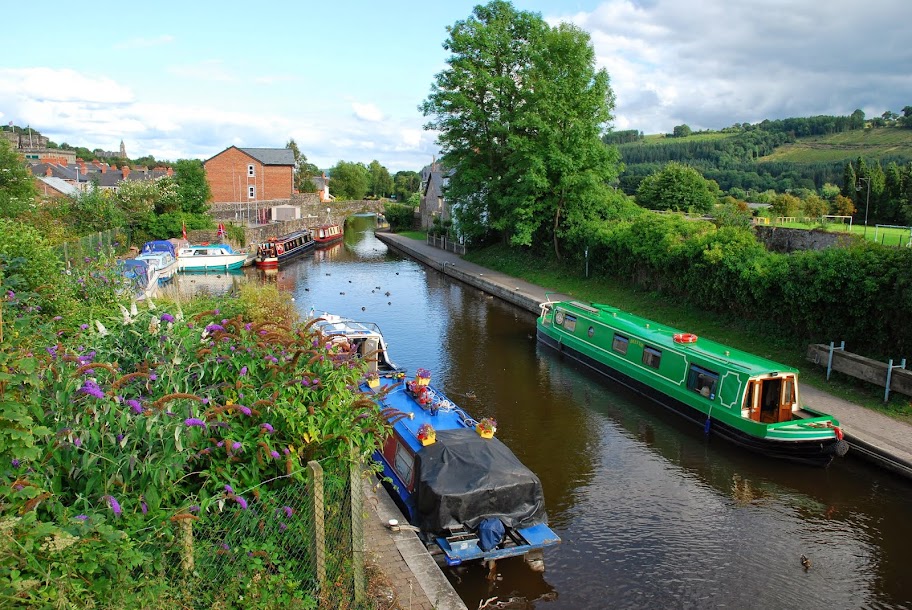 On Saturday morning, under a clear blue sky, we climbed out of the town, past the cathedral, heading for Pen y Crug, an iron age fort at the summit of  the hill to the north of the town. We passed Maen-du Well, one of the best preserved Celtic style wells in Wales, where the well is covered by a wellhouse erected in the 18th century. 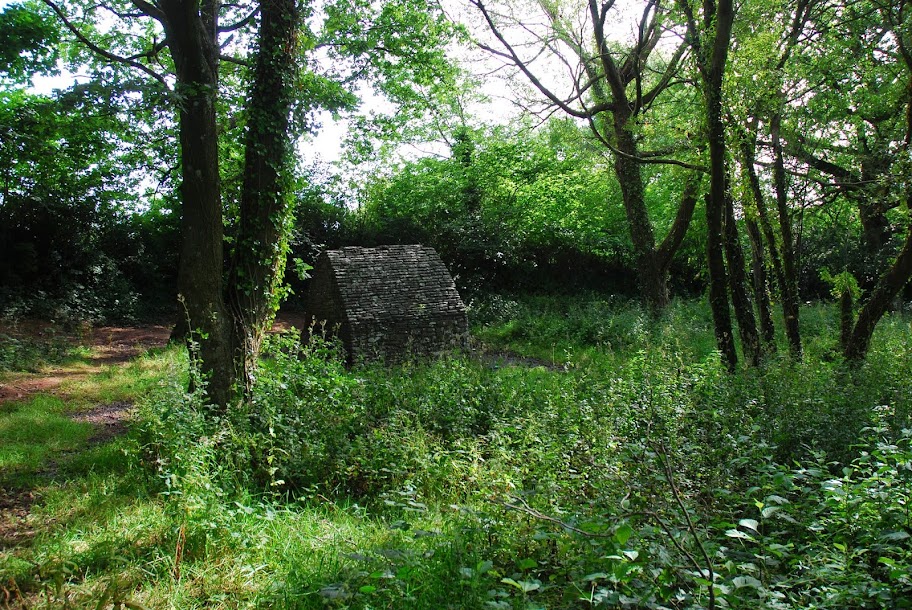 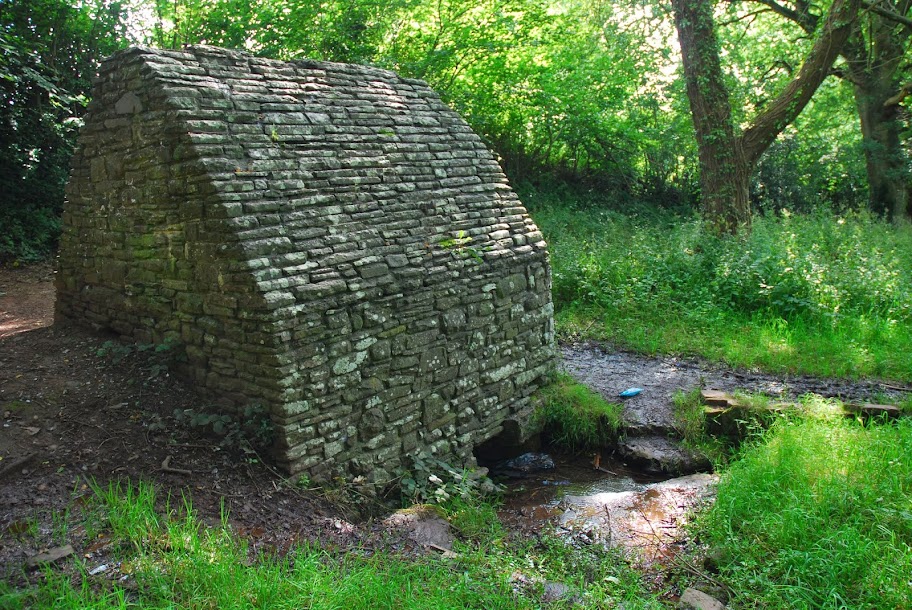 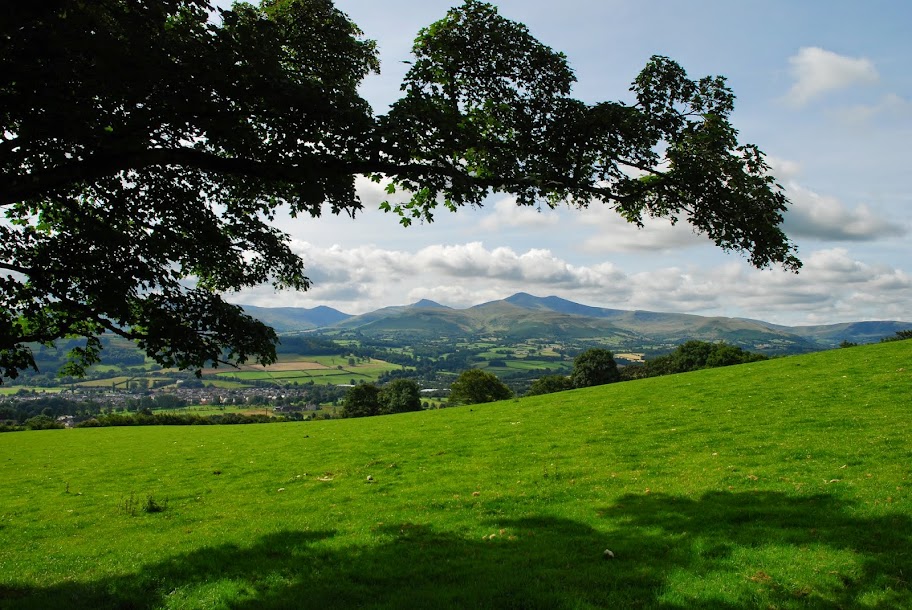 Pen y Crug is an impressive and large site, occupying the summit of a prominent and steep hill. Its excellent natural position means it was difficult for the enemy to penetrate but strong defences were built anyway, as can be seen from the aerial photo. 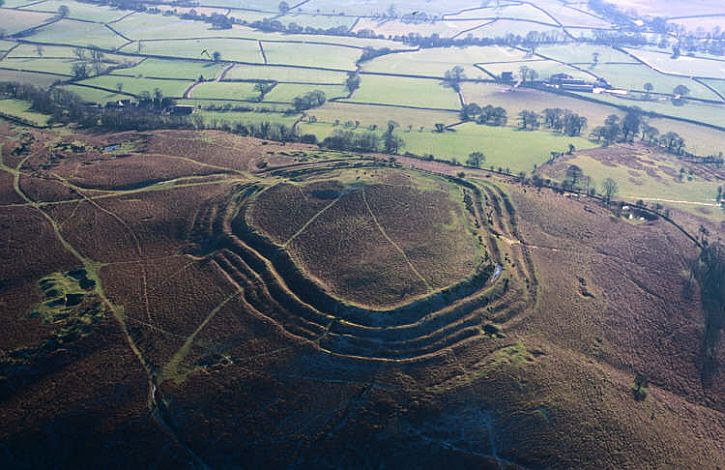 The defences were built by throwing material down the steep slopes, a common technique used by the Celts, so forming a quarry ditch inside the inner bank and a counterscarp bank outside the outer ditch. A series of defensive ramparts surround the summit of the hill, the innermost standing over 4m in height. A simple entrance lies on the south-east.

When we reached the summit we had magnificent views overlooking the valleys of the Usk and the Honddu (the two rivers that merge in Brecon), northwards to the Black Mountain and west to the Brecon Beacons. 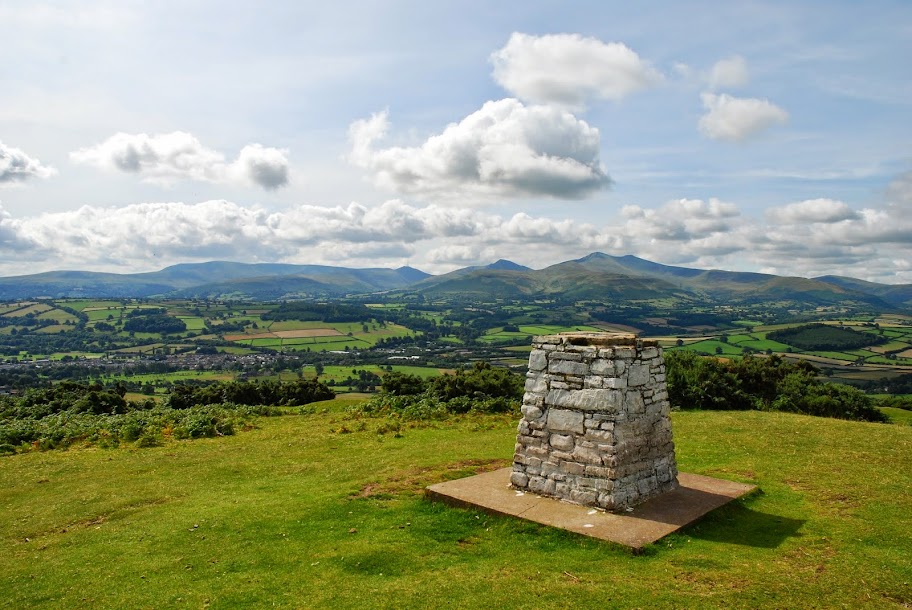 Our second walk, on Sunday morning, was across the common at Mynydd Illtud from Brecon Beacons Mountain Centre, just a few miles outside Brecon. The walk followed gently rising grassy tracks across common land past two or three ponds and culminated at the summit of Twyn y Gaer, where there was another iron age fort.  Here there were glorious views of Pen y Fan and Carn Du, the highest mountains in the Brecon Beacons. 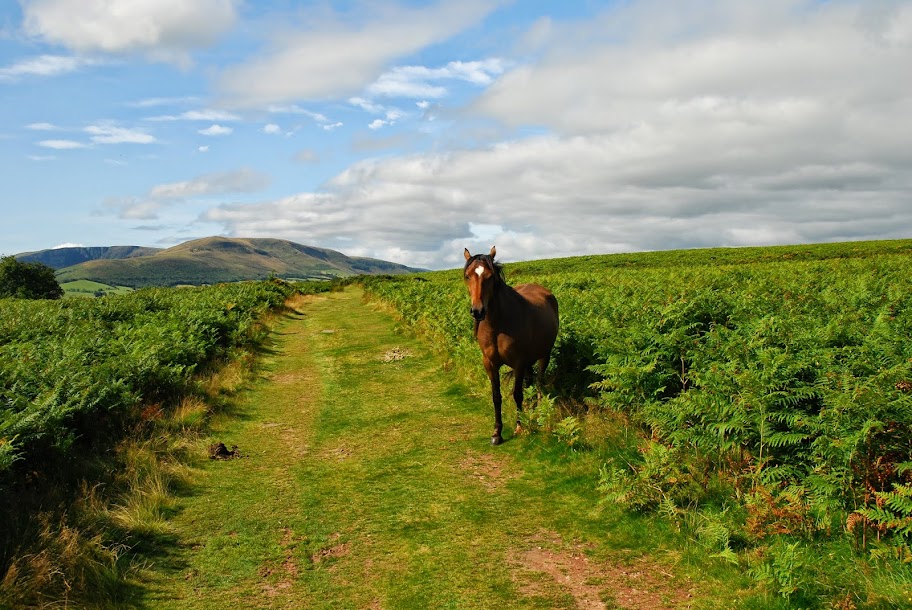 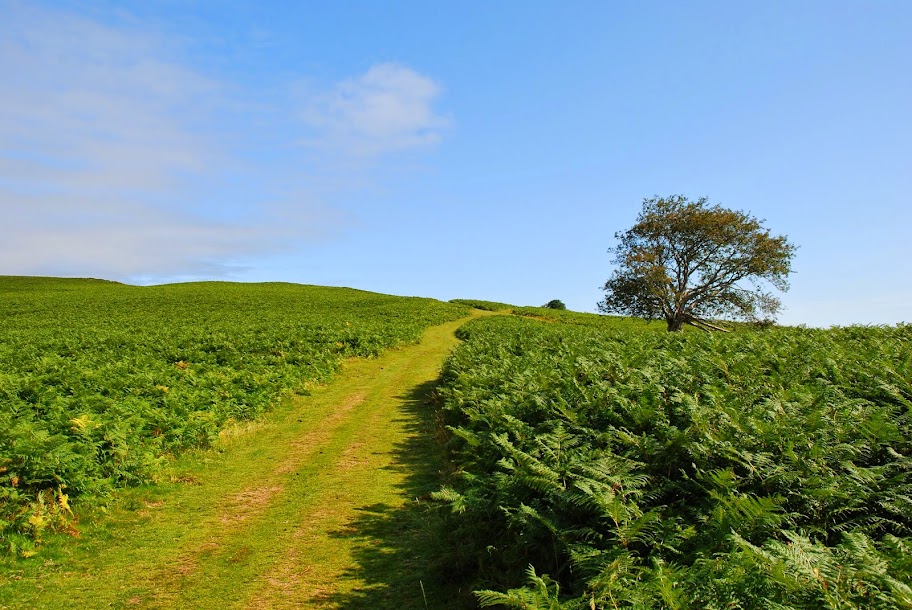 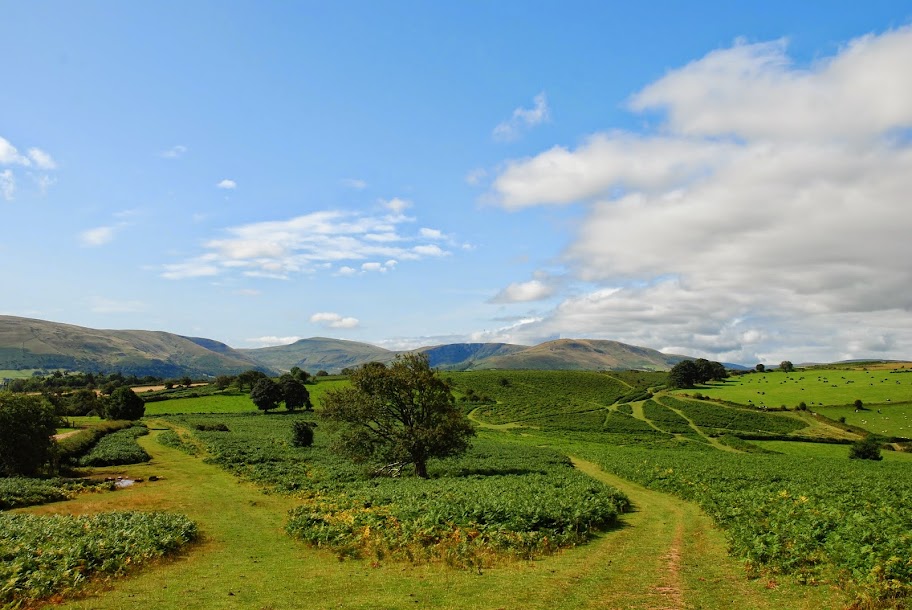 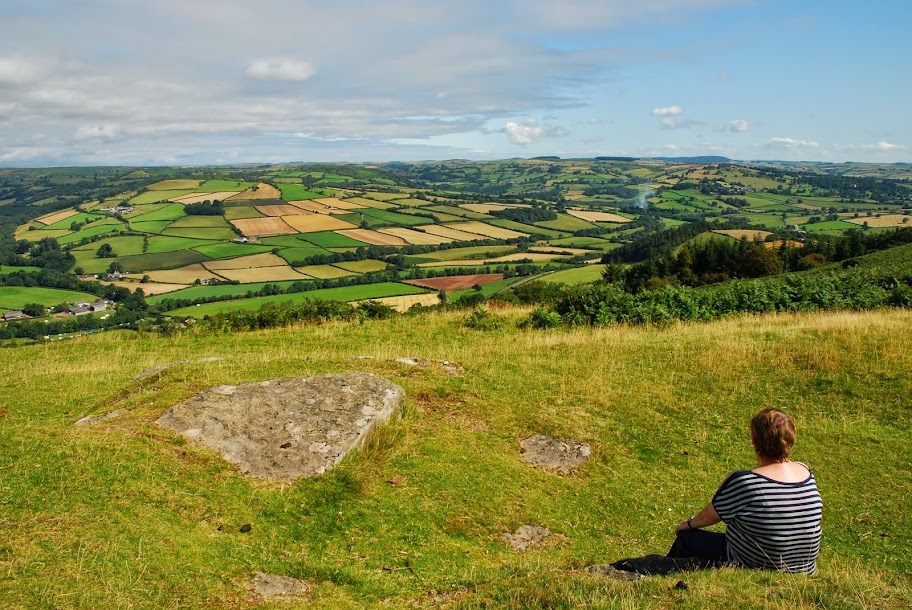