Goodbye Leonard: You let in the light for us all

Not for the first time this year, a musician has departed this life, but not before leaving us with a final album whose words have a decidedly premonitory aura – as if, first David Bowie and now Leonard Cohen, sensed that they were, in Cohen’s words ‘out of the game’.

For the 50 years of my adult life the songs of Leonard Cohen, who has died at the age of 82, have been a source of insight, inspiration and healing. He has been, in the words of Rolling Stone today, ‘the dark eminence among a small pantheon of extremely influential singer-songwriters to emerge in the Sixties and early Seventies. Only Bob Dylan exerted a more profound influence upon his generation, and perhaps only Paul Simon and fellow Canadian Joni Mitchell equalled him as a song poet.’

On his last album, You Want It Darker, released only a few weeks ago, Cohen intones these words:

If you are the dealer, I’m out of the game
If you are the healer, it means I’m broken and lame
If thine is the glory then mine must be the shame
You want it darker
We kill the flame.

And then, backed by the male voices of the Montreal Shaar Hasomayim Synagogue Choir where he worshipped as a child, and the synagogue with which his family has been associated for some 150 years, he sings ‘Hineni, hineni’, meaning in Hebrew ‘Here I am, I am ready, Lord.’ Then – even though on this album there are fewer of those cracks where the light gets in – he adds this piece of mordant wit:

I struggled with some demons
They were middle class and tame

Flashes of dry wit humour were always there to light up, even if momentarily, the dark, melancholy seriousness of Leonard’s words. But serious is what he has always been:

In an appreciation on the Guardian website today, Laura Barton writes:

When I think of Cohen it is not as that famed Godfather of Gloom, it is as a man always looking for the light. There was a tremendous New Yorker profile in October that depicted the Cohen of 1960 living in London with an Olivetti typewriter and a blue Burberry raincoat, writing to a publisher of how his work would appeal to ‘inner-directed adolescents, lovers in all degrees of anguish, disappointed Platonists, pornography-peepers, hair-handed monks and popists’. A man in a grey city, looking inward. But it also showed a man who fled Britain for the sunshine of Greece, who on his new island of Hydra caught a glimpse of a blonde-haired Norwegian woman named Marianne and sought out the brightness of her.

Cohen’s work to me is about light and shade, the perpetual shifting of perspective from inner to outer and back again. It’s there in the crack of a well-placed [word] or a broken hallelujah, in the quiet blaze and shadow of a secret life. These are the songs of a man who, through God and love and sex and music, spent his life seeking illumination.

I’m glad I had the privilege of seeing him perform live (in Manchester and here in Liverpool) during those wonderful tours he was forced to undertake as a man of 74 in 2008 and 2009 after most of his money had been stolen. Skipping lightly on and off stage, he was genial, humble and gentlemanly – and in excellent voice, accompanied by a band of superb musicians.

In a perceptive appreciation in the Guardian, Dorian Lynskey notes how, on his arrival on the music scene in the late 1960s, Bob Dylan was rock’n’roll’s pre-eminent poet. However, he continues:

Cohen really was a poet but he wasn’t rock’n’roll. Steeped instead in literary discipline, French chanson and Jewish liturgy, his work suggested old-fashioned patience. To Dylan, a song was a lump of wet clay to be moulded before it sets fast; to Cohen it was a slab of marble to be chipped into shape with immense dedication and care. Cohen never stopped being a poet or lost his reverence for words. You’ll find some erratic musical choices in his back catalogue but not a single careless line; nothing disposable. …  When you sense that a songwriter has spent that long finding the right words, the least you can do is pay attention.

Cohen’s biographer, Sylvie Simmons, set his death in the context of a terrible year:

In this year of losses, so many losses, this tops them all …he went out in a blaze of glory. … having delivered a masterpiece before he left. You Want it Darker is one of his richest, deepest and most beautiful albums in a lifetime of rich, deep and beautiful work. … He knew darkness, looked right into its eyes, could even see the funny side.

Back in 1994 he made this typically humble assessment of his status as a poet and songwriter:

If you’re going to think of yourself in this game, or in this tradition, and you start getting a swelled head about it, then you’ve really got to think about who you’re talking about. You’re not just talking about Randy Newman, who’s fine, or Bob Dylan, who’s sublime, you’re talking about King David, Homer, Dante, Milton, Wordsworth, you’re talking about the embodiment of our highest possibility. So I don’t think it’s particularly modest or virtuous to think of oneself as a minor poet. I really do feel the enormous luck I’ve had in being able to make a living, and to never have had to have written one word that I didn’t want to write.

So I don’t think it’s particularly modest or virtuous to think of oneself as a minor poet. I really do feel the enormous luck I’ve had in being able to make a living, and to never have had to have written one word that I didn’t want to write.

But I don’t fool myself, I know the game I’m in. When I wrote about Hank Williams ‘A hundred floors above me in the tower of song’, it’s not some kind of inverse modesty. I know where Hank Williams stands in the history of popular song. ‘Your Cheatin’ Heart’, songs like that, are sublime, in his own tradition, and I feel myself a very minor writer. I’ve taken a certain territory, and I’ve tried to maintain it and administrate it with the very best of my capacities. And I will continue to administrate this tiny territory until I’m too weak to do it. But I understand where this territory is.

Well, I don’t think anyone today is talking about Leonard Cohen as a ‘very minor writer’. His words have accompanied me through many different times. Here are just a few:

Well my friends are gone and my hair is grey
I ache in the places where I used to play …
I was born like this, I had no choice
I was born with the gift of a golden voice
(Tower of Song) 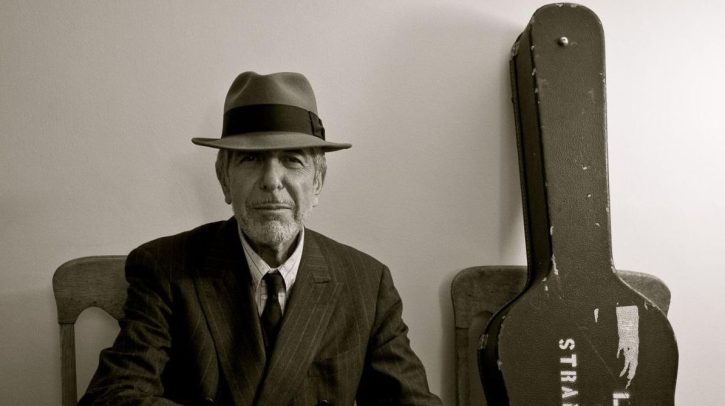 But he himself was broken
Long before the sky would open
Forsaken, almost human
He sank beneath your wisdom like a stone
(Suzanne)

I loved you in the morning, our kisses deep and warm,
your hair upon the pillow like a sleepy golden storm,
yes many loved before us, I know that we are not new,
in city and in forest they smiled like me and you..
(Hey, That’s No Way To Say Goodbye)

I know you’ve heard it’s over now and war must surely come,
the cities they are broke in half and the middle men are gone.
But let me ask you one more time, O children of the dusk,
All these hunters who are shrieking now oh do they speak for us?
And where do all these highways go, now that we are free?
(Stories of the Street)

Like a bird on the wire,
like a drunk in a midnight choir
I have tried in my way to be free.
(Bird on a Wire)

Now I’ve heard there was a secret chord
That David played, and it pleased the Lord
But you don’t really care for music, do you?
It goes like this
The fourth, the fifth
The minor fall, the major lift
The baffled king composing Hallelujah
(Hallelujah )

Give me back the Berlin wall
give me Stalin and St Paul
I’ve seen the future, brother: it is murder.
Things are going to slide, slide in all directions
Won’t be nothing
Nothing you can measure anymore
The blizzard, the blizzard of the world
has crossed the threshold
and it has overturned
the order of the soul
(The Future) 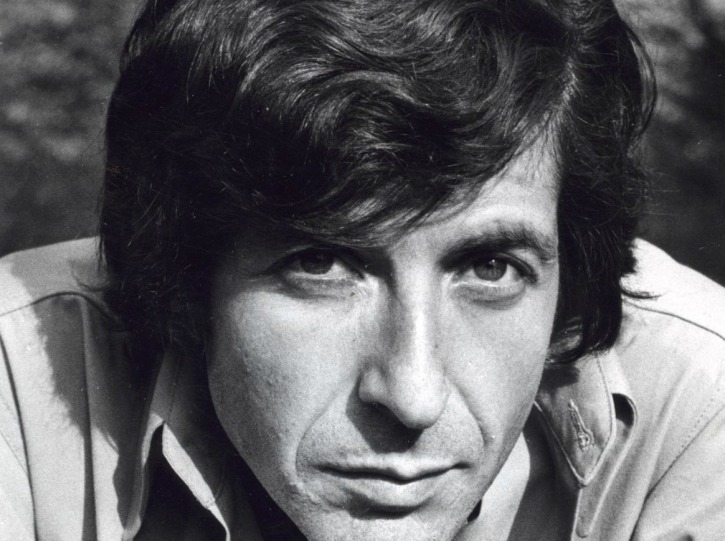 Ring the bells that still can ring
Forget your perfect offering
There is a crack in everything
That’s how the light gets in.
(Anthem) 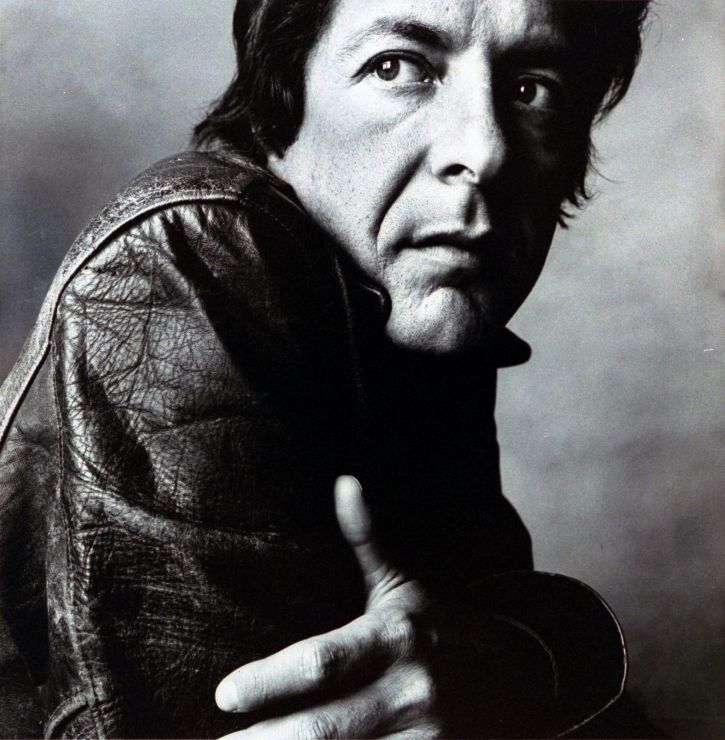 It’s coming through a hole in the air,
from those nights in Tiananmen Square.
It’s coming from the feel
that this ain’t exactly real,
or it’s real, but it ain’t exactly there.
From the wars against disorder,
from the sirens night and day,
from the fires of the homeless,
from the ashes of the gay:
Democracy is coming to the U.S.A.

15 thoughts on “Goodbye Leonard: You let in the light for us all”