Among the galaxy of boundary-probing musicians recorded by Manfred Eicher’s ECM label, the name of Markus Stockhausen has a particular resonance. He’s the son of composer and pioneer of the avant-garde Karlheinz Stockhausen, regarded as one of the great visionaries of 20th-century music, with whom Markus collaborated on several compositions.

The flugelhorn player has got a new album out on ECM, Alba, on which he appears with pianist Florian Weber, and he was at the RNCM in Manchester last night to promote it, at the same time leading sessions teaching students the rudiments of what he calls ‘intuitive music’.  During the concert – in which the duo – a.k.a. Inside Out – played several compositions from the new CD, we were treated to two exhilarating examples of intuitive music, performed with a band of the brilliant students with whom he had been working.

Stockhausen and Weber have been performing together as Inside Out for a few years, but it was only this year that their first recording together was released. Both have played in various musical contexts, including jazz, and what really struck me listening to them in Manchester was how wide-ranging their references are: in their compositions you can hear echoes of musics from 19th century romanticism, through jazz and avant-garde classical, to the experimentation with serialism and silence of Markus’s father, Karlheinz.

They call themselves Inside Out to signify a shared interest in ‘looking inwards and outwards with intensity at things, for echoes, resonances, insights’, as they express it on the ECM website. Certainly, the compositions varied – sometimes within themselves – between the inwardly reflective (reinforced by the plaintive, melancholic tone that Markus would often coax from the flugelhorn, a sound reminiscent of Northern brass bands) and moments of joyous exuberance.

That variance was seen in their two opening numbers: ‘Zephir’ (the first of two wind-inspired pieces in the set) was pastoral and lyrical, while ‘Befreiung’ (Liberation) had a joyous, melodic feel. Several more numbers from the new album followed, but perhaps the most arresting moment came when Markus introduced a series of ‘fragments’ which represented his interest in serial composition, and the importance of silence and spaces ‘in which we anticipate echoes of what we have already heard’. 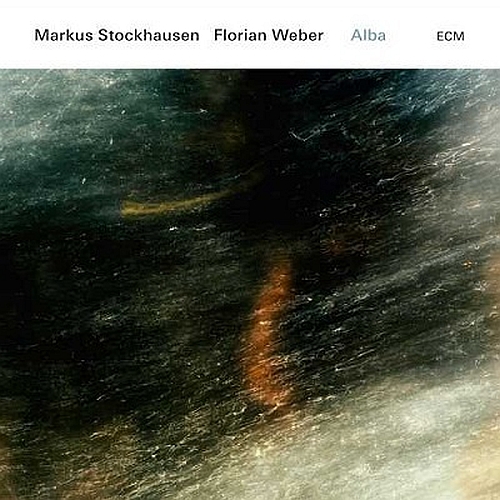 In his opening remarks, Markus had promised us a surprise at the start of the second set –  and that is certainly what it turned out to be. Since last November Markus has been a visiting professor at the RNCM, responsible for ‘Trumpet and Intuitive Music’. Now we got to see the fruits of his work inspiring a band of instrumentalists with the free improvisation ideas of ‘intuitive music’.

‘Intuitive Music’ is a term that was originally coined by Karlheinz Stockhausen: music that is fleeting, since it is only intended for the moment; music that is played together intuitively, without a written score or prior discussion. Now we got to see this action.

Markus has written on on his website that Intuitive Music ‘is the most challenging and also most rewarding way of making music, because everything is decided on the spot’:

It goes beyond improvisation, which mostly happens in a certain expected style, on a song, on a chosen rhythm, a harmonic pattern etc. Intuitive music for me has no stylistic boundaries, it should ideally be fresh, music of this very moment. Everything is decided right now. It demands all your musical skills, the technical and the musical qualities, your fantasy and creative spirit. As a player you need a very still and open mind, and even more open ears, to perceive something beyond your personal limitations. Sometimes you play things that are new even to yourself. Especially in a group of players, new music is born that otherwise could have never been composed or imagined.

With only the most fleeting of gestures from Stockhausen, we saw how this can work with a group of players alert to each other’s ideas, as well as their own inner pulses. Markus had invited onto the stage a sextet of the students with whom he had been exploring the idea over the holiday weekend: their instruments were flute, trumpet, cor anglais, vibes, trombone, and clarinet. After a minute or two’s silent reflection, the vibes player began with a figure that was taken up and developed by one, and then several more of the others. The process went on, coherent and exhilarating, for around fifteen minutes, with Stockhausen and Weber making their own contributions. It was fantastic: I’m not a musician so I have no idea how the eight musicians communicated, or what signals triggered their contributions. But, amazingly, it worked, producing exciting music that surged and subsided in intensity with both grace and joy.

Intuitive Music is for me the deepest and most fascinating way to make music: it is free, beyond all stylistic boundaries, rising out of the moment, without discussion, purely from the inner spirit guiding the player or players.
– Markus Stockhausen

Markus Stockhausen has explained that the rules of this intuitive ensemble-playing have to do with ‘discovering, listening intensely, responding, contrasting, and constructing – but with everything in real time’. And it was notable, watching the performers, how intently they listened to, and observed, each fellow-musician.

Each player can directly employ and expand his or her musical skills and knowledge. It takes us on a journey through different worlds of sound: tonal, atonal, abstract or melodic, sometimes as a soloist, sometimes in the background as part of a team of musicians from different backgrounds. It requires alertness and concentration to remain open to unexpected situations. This type of music making is for me an expression of my self – every note comes from me, is a part of me, and at the same belongs to the ensemble.
– Markus Stockhausen

After that ‘treat’, Markus and Florian returned to their own programme. Notable compositions in the second half included ‘Emergensen’ (almost untranslatable from the German – something like ’emerging beings’), ‘Die weise Zauberin’ (again, a difficult one to translate – what is the word for a wise female magician in English? Markus settled for ‘The Wise Witch’), a lovely piece ‘Emilio’, written by Florian for his son, and ‘The Lord’s Prayer’, written on commission by Markus in which each section began with the first letter of verse of the prayer (in German).

For their encore the duo brought the six student musicians back to the stage to perform more intuitive, improvised music – this time, a series of variations on a theme called (I think) ‘Yahoo’, composed by Markus in 1998. It was as thrilling to watch and hear as the first intuitive piece had been. Stockhausen, Weber and the student musicians were forced to return twice to the stage to receive two rounds of rapturous applause.

One thought on “Markus Stockhausen and Florian Weber at RNCM: exhilarating, intuitive music”