Here are men
who live at the edges
of vast space.
Light pours on them
and they lift their faces to be washed by it
like children.
– RS Thomas, ‘West Coast’, extract

It was the day before the storm, summer’s last hurrah, a day of scudding clouds and warm sunshine.  On Llanddwyn beach at Newborough on Anglesey the air was clear and the views breathtaking. The mountain peaks of Snowdonia lay before us, each summit’s shape clearly defined.  The lie of the land could be traced all down the Lleyn as far as Bardsey Island.

This is, as the Forestry Commission website puts it, ‘a landscape shaped by wind, sand, time and man’, a changing landscape of dunes, woods and grassland since the retreat of the glaciers. People settled here and farmed the land, but bare sand is unstable and about 700 years ago storm winds blew large quantities of sand inland, burying fields and cottages.  The forest that you drive through to reach the beach car park was planted between 1947 and 1965 to protect the village of Newborough from wind-blown sand and to provide timber and jobs.

Forest, woodland and dunes: Newborough Warren is one of the largest areas of sand dunes found in the British Isles. Newborough Forest is 8 square kilometres of woodland, a nature reserve with footpaths and winding trails.

Like a painting it is set before one,
But less brittle, ageless; these colours
Are renewed daily with variations
Of light and distance that no painter
Achieves or suggests. Then there is movement,
Change, as slowly the cloud bruises
Are healed by sunlight, or snow caps
A black mood; but gold at evening
To cheer the heart.  All through history
The great brush has not rested,
Nor the paint dried; yet what eye,
Looking coolly, or, as we now,
through the tears’ lenses, ever saw
This work and it was not finished?
– RS Thomas, ‘The View From The Window’

The jewel, though, has to be the expansive, sandy Blue Flag Llanddwyn beach with its stunning backdrop of the mountains of Snowdonia.  From the beach you can walk out to Llanddwyn Island, a mile-long rocky promontory accessible via a causeway which is covered twice a day by the tide. The remains of a 16th-century church can be found there, as well as a Celtic cross and Llanddwyn Lighthouse, shaped like a windmill.

The lighthouse and the cross are a feature of three large, yellow sculptures representing marram grass sheaths that stand in the car park.  The sculptures were designed by pupils from Newborough school and placed here earlier in 2013 when the car park and associated facilities (including an accessible boardwalk to an observation point overlooking the beach) were opened. The sculptures represent marram grass because it formed the basis of a local industry in late medieval times. The grass was used to make a whole range of items including lobster pots, baskets and netting and rope, and was a prized commodity.

Modern Newborough was founded by citizens of Llanmaes in eastern Anglesey who were evicted by Edward I in 1294 in order to support his new port of Beaumaris and the huge castle he had ordered to be built there. The new settlement was, literally, a ‘new borough’ and gained its charter in 1303. In the 16th century, Newborough was the county town of Anglesey.

In Wales there are jewels
To gather, but with the eye
Only. A hill lights up
Suddenly; a field trembles
With colour and goes out
In its turn; in one day
You can witness the extent
Of the spectrum and grow rich
With looking. Have a care;
The wealth is for the few
And chosen. Those who crowd
A small window dirty it
With their breathing, though sublime
And inexhaustible the view.
– RS Thomas, ‘The Small Window’ 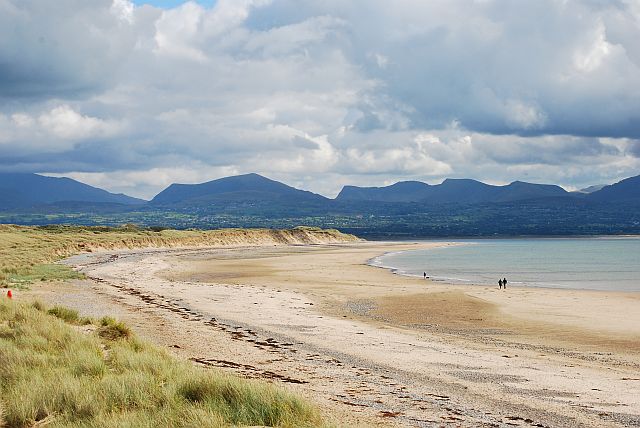 I have crawled out at last
far as I dare on to a bough
of country that is suspended
between sky and sea.

From what was I escaping?
There is a rare peace here,
though the aeroplanes buzz me.
reminders of that abyss,

deeper than sea or sky, civilisation
could fall into.
– RS Thomas, ‘Retirement’, extract

Gallery: a walk at Newborough 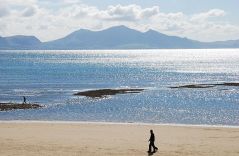 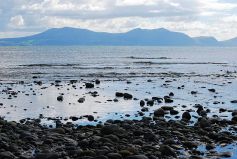 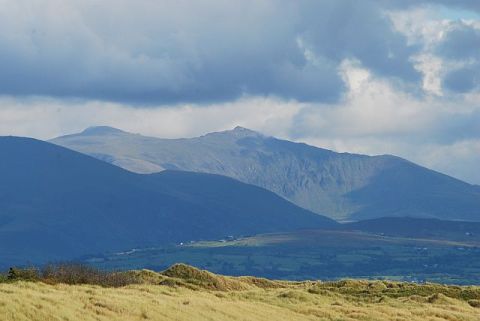 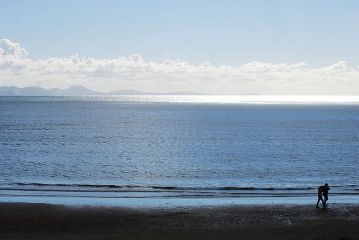 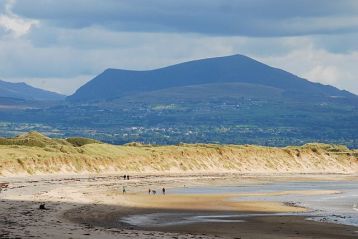 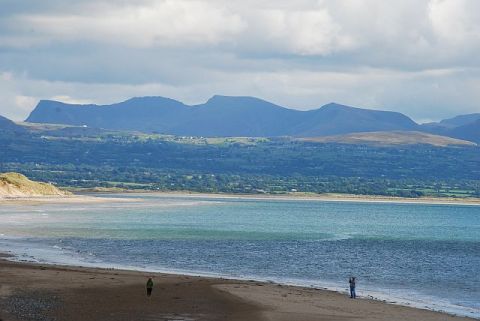 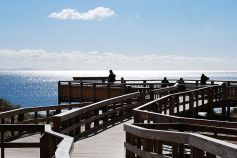 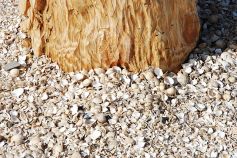 11 thoughts on “Big sky country: a walk on Llanddwyn beach”