Rebecca Solnit: ‘our privacy is being strip-mined and hoarded’ 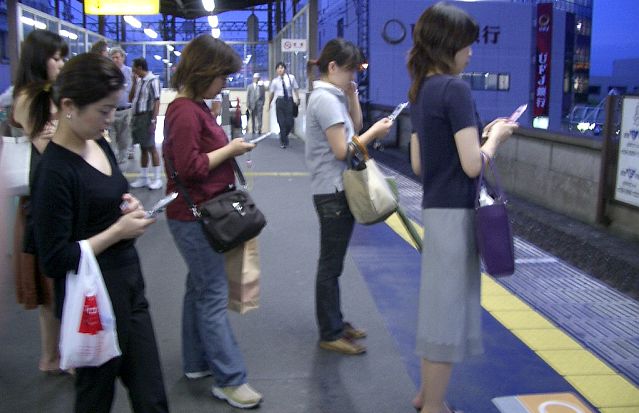 Rebecca Solnit has written an elegaic piece in the current London Review of Books that now and again also reveals a deep, yet controlled anger.  The article (unfortunately only available online to subscribers) gives voice to a sense of loss felt, at least by those of us of a certain age, about the encroachment of the the internet, mobile phones and the various forms of instant communication that, in little more than a decade, have profoundly changed the way we live and relate to each other.  She begins:

When I think about, say, 1995, or whenever the last moment was before most of us were on the internet and had mobile phones, it seems like a hundred years ago. Letters came once a day, predictably, in the hands of the postal carrier. News came in three flavours – radio, television, print – and at appointed hours. Some of us even had a newspaper delivered every morning. Those mail and newspaper deliveries punctuated the day like church bells. You read the paper over breakfast. If there were developments you heard about them on the evening news or in the next day’s paper. You listened to the news when it was broadcast, since there was no other way to hear it. A great many people relied on the same sources of news, so when they discussed current events they did it under the overarching sky of the same general reality. Time passed in fairly large units, or at least not in milliseconds and constant updates.

While previous technologies have expanded communication, those that have exploded into our lives since the 1990s may be contracting it, Solnit argues:

The eloquence of letters has turned into the unnuanced spareness of texts; the intimacy of phone conversations has turned into the missed signals of mobile phone chat. I think of that lost world, the way we lived before these new networking technologies, as having two poles: solitude and communion. The new chatter puts us somewhere in between, assuaging fears of being alone without risking real connection. It is a shallow between two deep zones, a safe spot between the dangers of contact with ourselves, with others.

I live in the heart of it, and it’s normal to walk through a crowd – on a train, or a group of young people waiting to eat in a restaurant – in which everyone is staring at the tiny screens in their hands. It seems less likely that each of the kids waiting for the table for eight has an urgent matter at hand than that this is the habitual orientation of their consciousness. At times I feel as though I’m in a bad science fiction movie where everyone takes orders from tiny boxes that link them to alien overlords. Which is what corporations are anyway, and mobile phones decoupled from corporations are not exactly common.

For Solnit, these changes have brought a profound a sense of loss ‘for a quality of time we no longer have, and that is hard to name and harder to imagine reclaiming’:

My time does not come in large, focused blocks, but in fragments and shards. The fault is my own, arguably, but it’s yours too – it’s the fault of everyone I know who rarely finds herself or himself with uninterrupted hours. We’re shattered. We’re breaking up.

In previous essays, Solnit has written of how the new technologies brought good things: many people found expression free of censorship; instant communication facilitated political opposition (Facebook playing a part in the Arab Spring’s initial phase in 2011, Twitter in spreading the Occupy movement, while WikiLeaks grasped the opportunity to disseminate across the globe truths about how power is wielded).  But now she feels a deep sense of unease:

We were not so monitored, because no one read our letters the way they read our emails to sell us stuff, as Gmail does, or track our communications as the NSA does. We are moving into a world of unaccountable and secretive corporations that manage all our communications and work hand in hand with governments to make us visible to them. Our privacy is being strip-mined and hoarded.

Between you and me stands a corporation every time we make contact – not just the post office or the phone company, but a titan that shares information with the National Security Administration – is dismaying. But that’s another subject: mine today is time.

The young, Solnit laments, ‘are disappearing down the rabbit hole of total immersion in the networked world, and struggling to get out of it’. Getting out of it is, she argues, will be about slowness, and about finding alternatives:

Alternatives to the alienation that accompanies a sweater knitted by a machine in a sweatshop in a country you know nothing about, or jam made by a giant corporation that has terrible environmental and labour practices and might be tied to the death of honeybees or the poisoning of farmworkers. It’s an attempt to put the world back together again, in its materials but also its time and labour. …  Right now we need to articulate these subtle things, this richer, more expansive quality of time and attention and connection, to hold onto it. Can we? The alternative is grim, with a grimness that would be hard to explain to someone who’s distracted.

Solnit has argued the case for ‘slowness as an act of resistance’ before: in an essay published in Orion magazine in 2007 she wrote:

Ultimately, I believe that slowness is an act of resistance, not because slowness is a good in itself but because of all that it makes room for, the things that don’t get measured and can’t be bought.

The title of a collection of essays by Rebecca Solnit, published in 2008, was Storming the Gates of Paradise. Perhaps the time will come when we will need to storm the gates of the behemoths – Microsoft, Google, Apple, and the rest – that have dazzled us with their paradisal products.

3 thoughts on “Rebecca Solnit: ‘our privacy is being strip-mined and hoarded’”