It’s Easter, but it feels like winter.  The sun may be shining, but it’s colder here than it was at Christmas.  Weird weather indeed –  the coldest March for 50 years came on the heels of a grey, wet winter and the wettest year ever recorded in England.

But the sun is shining and the days are steadily lengthening.  Yet something doesn’t seem quite right, there’s a feeling of the world being a little out of kilter.  Late afternoon sun speaks of spring – but it’s bitterly cold, especially on the days when a chilling breeze blows straight out of the Arctic.  One day last week large flakes of snow fell as the sun shone brightly.

On Thursday I walked with the dog and my old friend Bernie along the Sefton Coastal footpath from Ainsdale station to Formby.  When we reached the beach, the Clwydian Hills across the bay were still white with snow from last weekend’s blizzard. That day there was no breeze, so it felt just a little warmer, if still bitter.

We followed the signposted route for the Sefton Coastal path out of Ainsdale.  For some reason it follows the busy road to Liverpool for half a mile, rather than more seawards through the dunes.  And when it turns to enter the Ainsdale Nature Reserve, the path hugs the edge of the pine woodland by the railway track for another mile or so before finally turning towards the sea down the Fisherman’s Path. 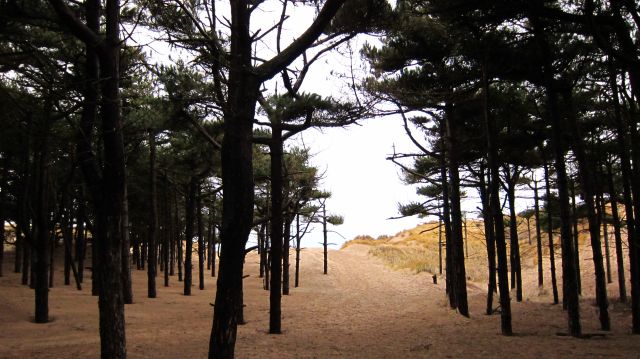 As we walked through the pines, Bernie recalled coming here as a kid in those halcyon days when children could wander far from home without anyone feeling alarm. He and his mates would catch natterjack toads and newts and take them home.  Today the Reserve  is one of the few remaining strongholds of the natterjack toad, Europe’s loudest amphibian, and now a rare and protected species, along with the sand lizards and great-crested newts that live here, too. No jam-jars allowed today! 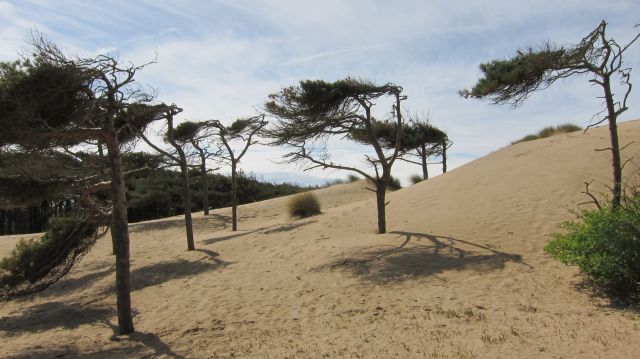 The pine woods are the haunt of another species whose numbers are dwindling – the red squirrel. I’ve seen them in the National Trust reserve further down the coast at Formby, but there were none to be seen in the woods today. 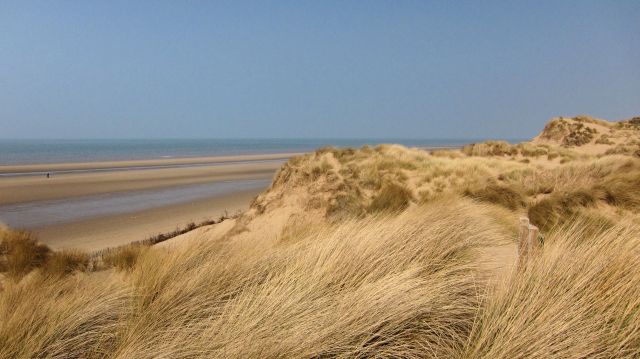 Out on the beach the air was clear and the sun shone.  The temperature was around 5C, nearly 15 degrees cooler than this time last year (admittedly, that was exceptional, too).  Spring is a long time coming this year.  I was reading this week about Nature’s Calendar, a database managed by the Woodland Trust which is the longest running biological record of the arrival of spring. The calendar, where anyone can log their first sightings of key spring events, began with Robert Marsham, an 18th-century naturalist who recorded 27 signs of spring (the first leafing of ash, first snowdrop flowering, hawthorn first leafing, the first cuckoo, frogs and toads first heard croaking, etc) at his Norfolk home for 62 years. His family carried on his record-keeping until 1958, when modern-day phenologists took over.

They have discovered that biological spring shifted forwards by nearly 12 days in the 30 years up to 2005.  The mild winters and early springs of the last decade are perhaps the reason why March this year has felt so bitterly cold. 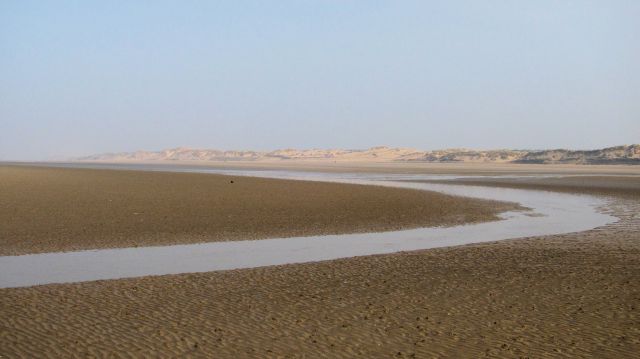 Along the shore there was evidence of a great deal of dune erosion having taken place this winter.  Wardens were digging in hundreds of redundant christmas trees to help stabilise the dunes and encourage the marram grass to take root.

The beach was busy with dog walkers and children, released from school that day for the Easter break.  At Lifeboat Road we turned inland, heading for the railway station at Formby. Despite the cold, it had been a great walk in glorious sunshine.

6 thoughts on “It’s Easter, but it feels like winter”