A poem on Otterspool Prom 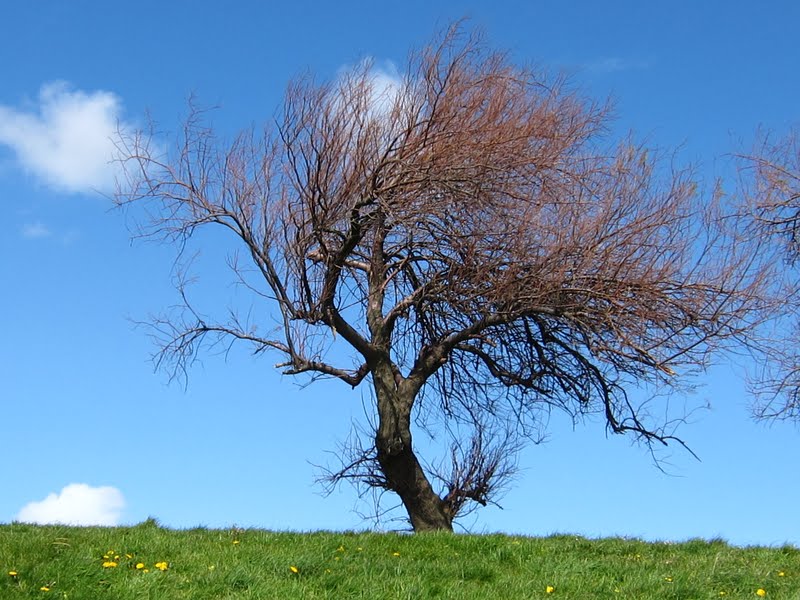 Carol Rumen’s current Poem of the Week on The Guardian website grabbed my attention since its subject – Otterspool Prom – is the riverside walk and area of parkland by the Mersey where I often walk our dog.  It’s by Peter Robinson who, I have to admit, is a poet I’ve not encountered previously, even though he grew up in Liverpool (he was born up the river in Salford in 1953).  He has a distinguished career as a poet, critic, teacher, editor and translator, and this poem comes from his latest volume, The Returning Sky, published last year.

There’s a dazzle of sunlight on the low-tide river
and our far shore
has a silver-grey blur, bright as never, never,
ever before.

You see it’s enough to bring tears to the eyes
by silhouetting trees,
winter boughs spidery on mist-like white skies
twitched in a breeze.

But then down the promenade its flyers release
their dragon-tailed kite;
frost on the pitches is shrinking by degrees;

a student’s words return, her going ‘England’s shite!’
and I’m like ‘Please
yourself’ in sunshine born as if to set it right. 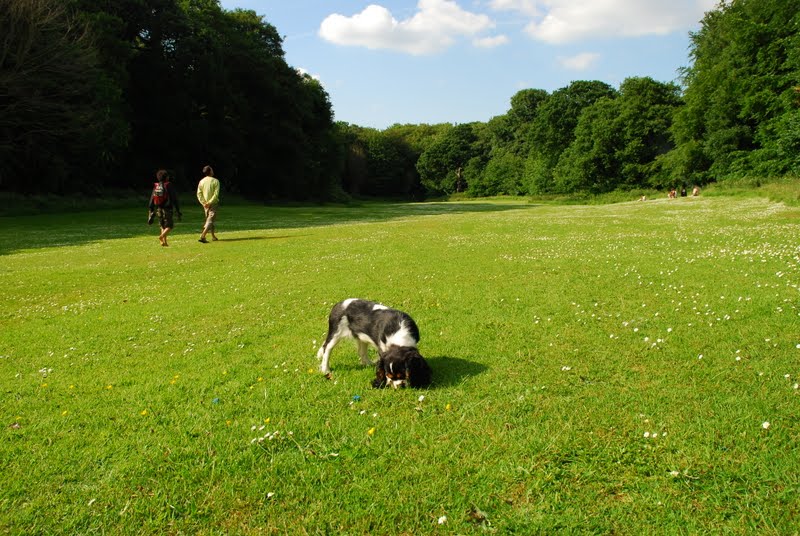 It’s an appropriate poem to post today: it celebrates a day in February, and this has been a day of glorious spring-like sunshine when the ‘dazzle of sunlight’ did indeed shine on the river, ‘bright as never, never, ever before’. 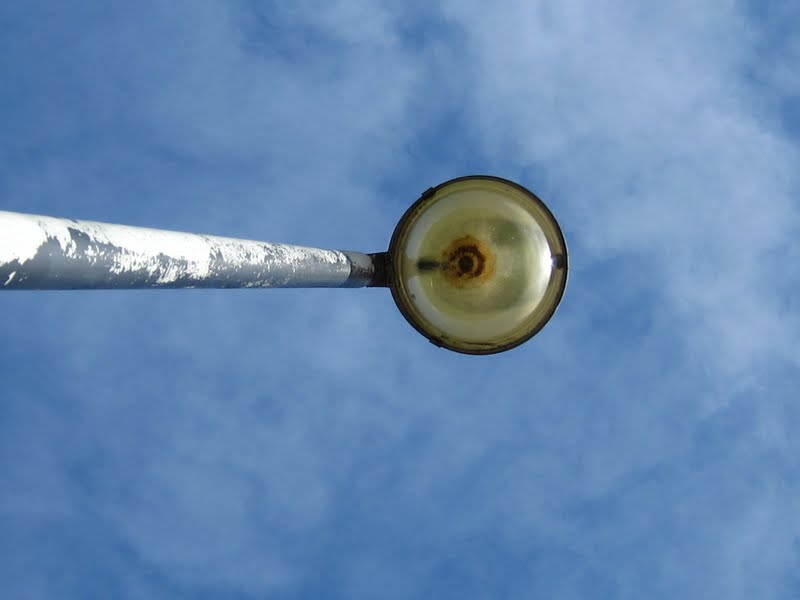 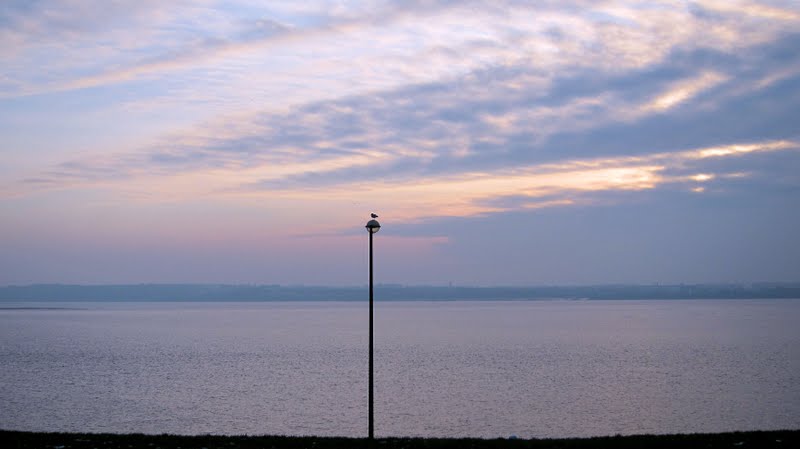 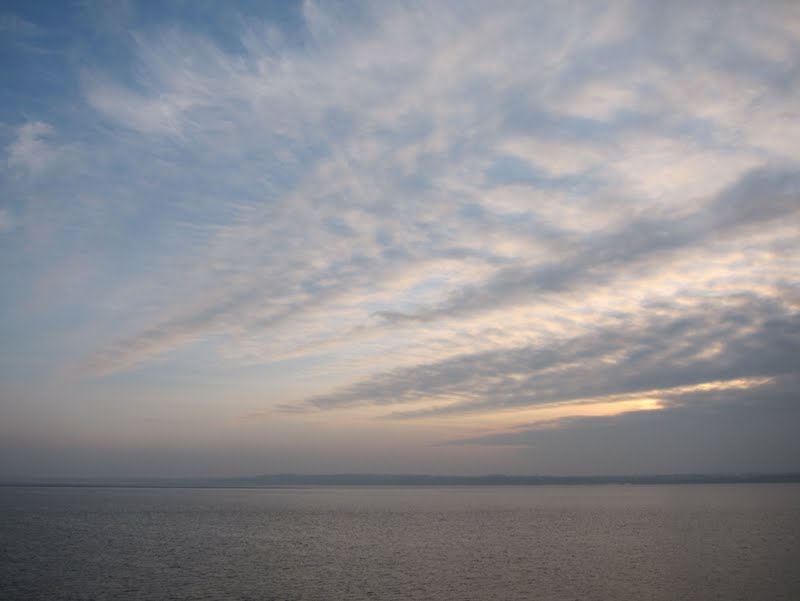 The photos here were taken on Otterspool Prom last month, and in other springs. There’s a full discussion of the poem by Carol Rumen here. 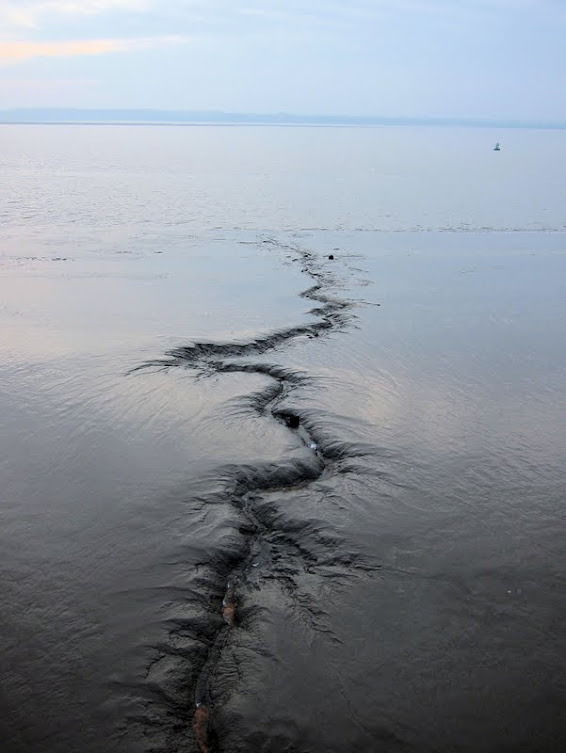 Every year, in the third week of February, there is a day, or, more usually, a run of days, when one can say for sure that the light is back. Some juncture has been reached, and the light spills into the world from a sun suddenly higher in the sky. Today, a Sunday, is such a day, though the trees are still stark and without leaves; the grasses are dry and winter-beaten.

The sun is still low in the sky, even at noon, hanging over the hills southwest. Its light spills out of the southwest, the same direction as the wind: both sunlight and wind arrive together out of the same airt, an invasion of light and air out of a sky of quickly moving clouds, working together as a swift team.
– Kathleen Jamie, Sightlines 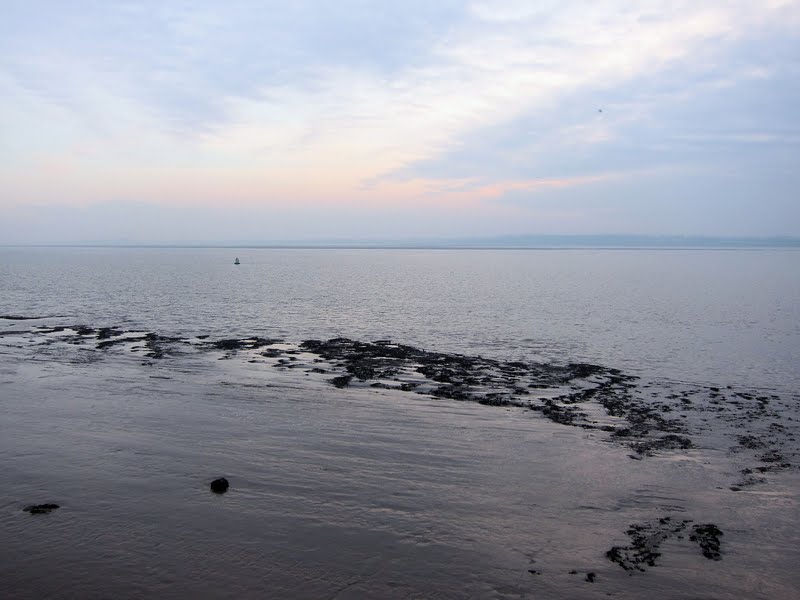 2 thoughts on “A poem on Otterspool Prom”