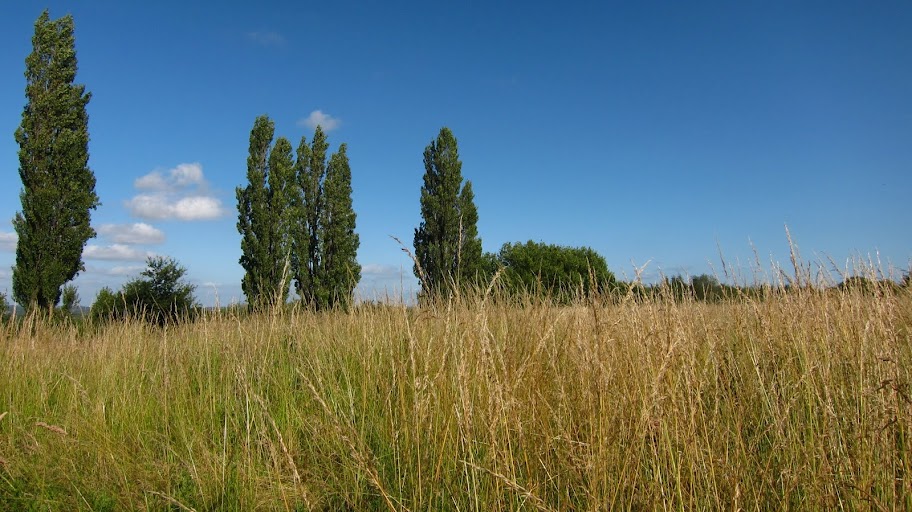 There’s a place I like to go sometimes with the dog, an open space of wildness and natural beauty that comes unexpected in the suburbs of a large city.  Childwall Woods and Fields is a Local Nature Reserve, and I was out there the other day enjoying the current spell of warm, fine weather.  In high summer there are expanses of swaying grasses, shading from golden to purple, dense clumps of blackberries and the brilliant red splashes of mountain ash berries.  I like this place because it is not kempt – although some agency keeps the main paths mown, there are dense, impenetrable swathes of nettles and brambles, visited only by butterflies and bands of gossiping finches swooping to grab seeds. 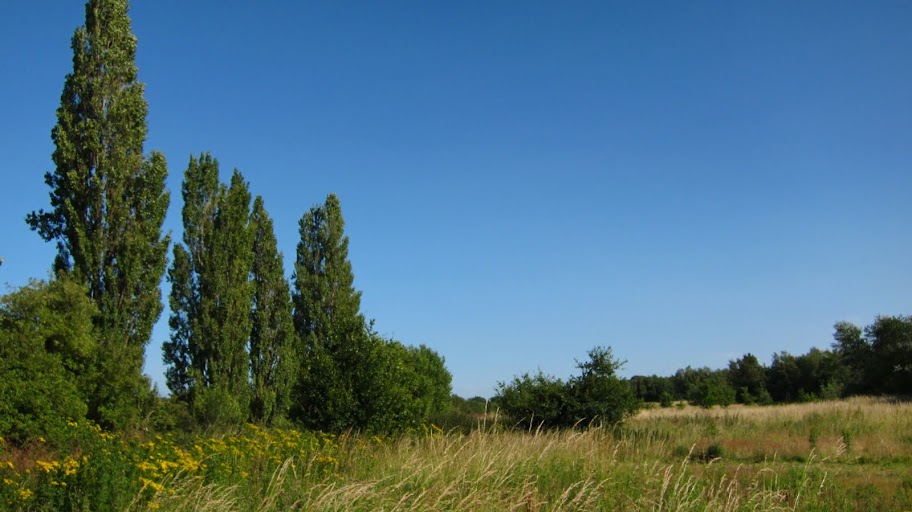 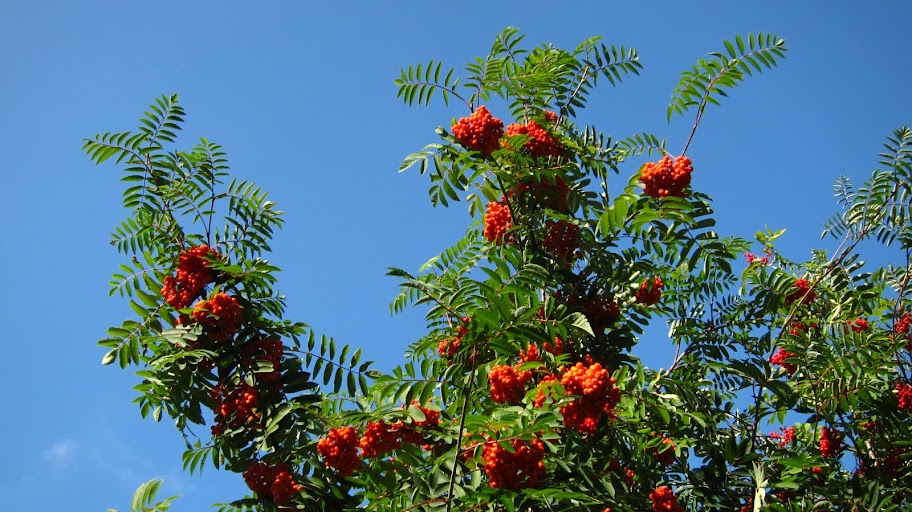 But yesterday, on the Today programme, I heard Dame Fiona Reynolds, the National Trust director general, talking about the government’s proposals to simplify and relax the planning application procedures in order to encourage economic development.  Alarm bells rang – is this lovely open space safe from profiteers?

Fiona Reynolds said, ‘What people think of when they think of places they love is very often the bit of green space, the local countryside, which often is not designated, but which has been protected by the planning system’. She gave as examples of designated areas green belt, areas of outstanding national beauty, and so on.  She didn’t mention Local Nature Reserves.

The National Trust is warning that the government proposals to change planning laws in England will favour business too much, and could lead to unchecked and damaging development. The new rules will let the public and conservation down by undermining the planning system’s ability to protect nature outside internationally-recognised wildlife sites.

Most controversial is the presumption in favour of ‘sustainable development’ – a major change in emphasis from the current system which sees planning officers weighing up a range of concerns before making a decision.  Instead, the default assumption will be that development proposals will be approved.

The planning system is what protects the England we all hold dear – our iconic landscapes and our wildlife-rich habitats. It is there to represent the interests of the public in the face of complex decisions, and it will fail us all if one factor – economic growth – is set higher than any other.

So, is a Local Nature Reserve (LNR) like Childwall Woods and Fields (shown on map, above) designated? I don’t know.  All I can discover is that a LNR is a statutory designation made under Section 21 of the National Parks and Access to the Countryside Act 1949, and amended by Schedule 11 of the Natural Environment and Rural Communities Act 2006, by principal local authorities. 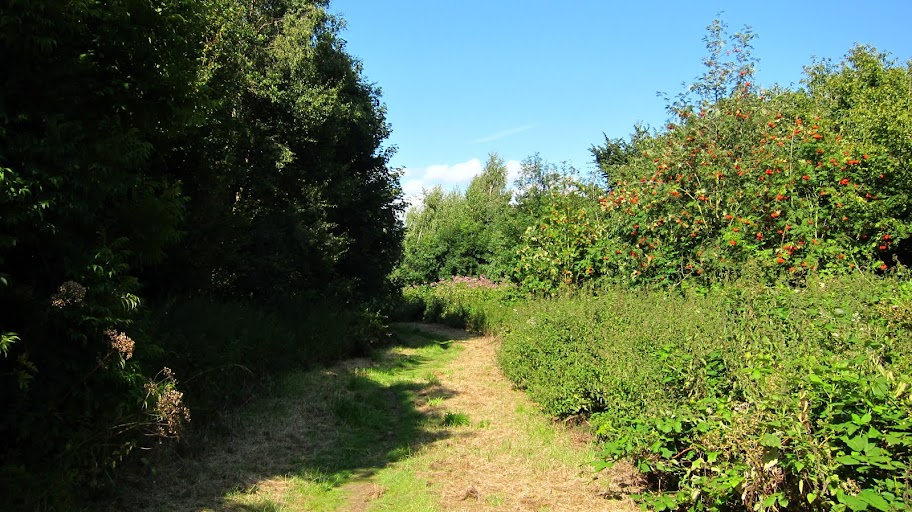 According to the Natural England website, there are now more than 1400 LNRs in England. They range from windswept coastal headlands, ancient woodlands and flower-rich meadows to former inner city railways, abandoned landfill sites and industrial areas now re-colonised by wildlife. In total they cover about 35,000 ha. This is an impressive natural resource which makes an important contribution to England’s biodiversity.

Because Local Nature Reserve is a statutory designation, it is a very clear signal to a local community of the local authority’s commitment to nature conservation. An LNR can be given protection against damaging operations. It also has protection against development on and around it. This protection is usually given via the Local Plan, (produced by the planning authority), and often supplemented by local by-laws. Unlike national designations, the level and type of protection afforded an LNR is decided locally, and varies from site to site. 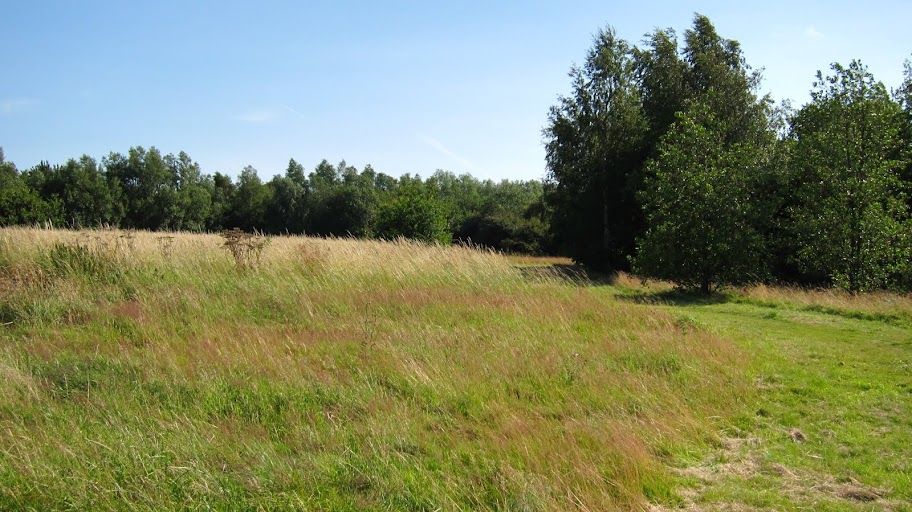 The history of this place is interesting.  The area we know as the Fields today has virtually the same boundaries as it did a century and a half ago, as can be seen from the first Ordnance Survey map of 184 (below).  But during that time the land use has changed. Originally the land sloped gently from what is now the Woods down to Childwall Lane.  The area was open, with only a sparse covering of trees and the only one building (on the land opposite the Childwall Cross on Childwall Lane).

Through the 1960s and early 1970s, the area was used as a landfill site and the land was re-shaped into three ascending levels, then left to re-green as grasses, bushes and trees gradually established themselves. 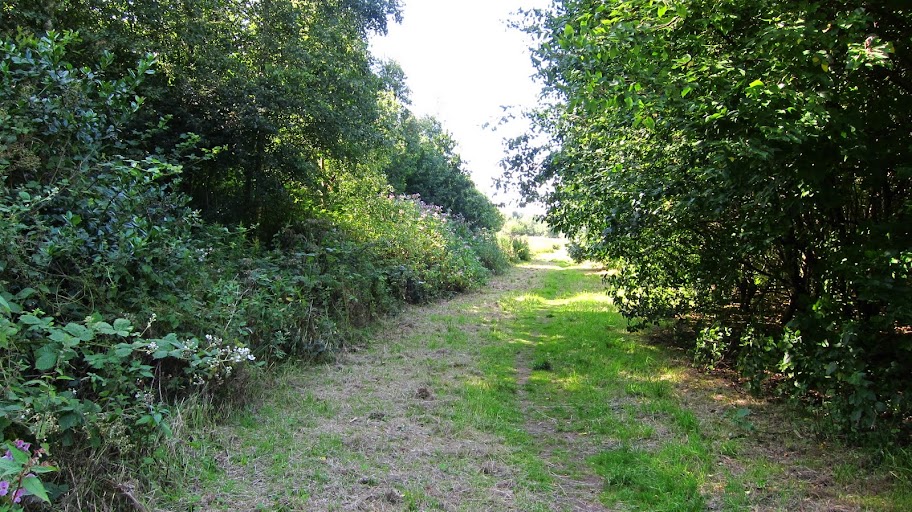 Now the area of the Fields and the adjoining Woods has been named a Local Nature Reserve,with sixteen species of trees in the Woods, and further planting of native deciduous trees in the Fields as part of the Mersey Forest project.  The site is valued because of its wide range of urban wildlife, now supporting a wide range of species, including at least 60 kinds of birds, including Kestrels and Sparrowhawks that regularly nest in the woods along with Great and Lesser Spotted Woodpeckers.  Sixteen species of butterfly have been recorded on the Fields, including Small Blue, Small Copper and Red Admiral. The grasslands are home to Bluebells and Common Spotted and Southern Marsh Orchids in early June.  Bats, grey squirrels, voles and foxes are also regularly seen in the area.

The view from the Fields on a clear day is superb, looking across the Lancashire and Cheshire plain towards the West Pennines and Pendle Hill to the north east. In the foreground the Widnes Runcorn Bridge crosses the River Mersey  at the narrowest point in the inner estuary.

– Emily Barker, ‘The Greenway’, from Despite The Snow by Emily Barker and The Red Clay Halo

We need places like this.  They should be protected from the developers and profiteers.

Update: excellent article by Simon Jenkins – This localism bill will sacrifice our countryside to market forces – in The Guardian 28 July.

One thought on “Childwall Fields: safe from the developers?”