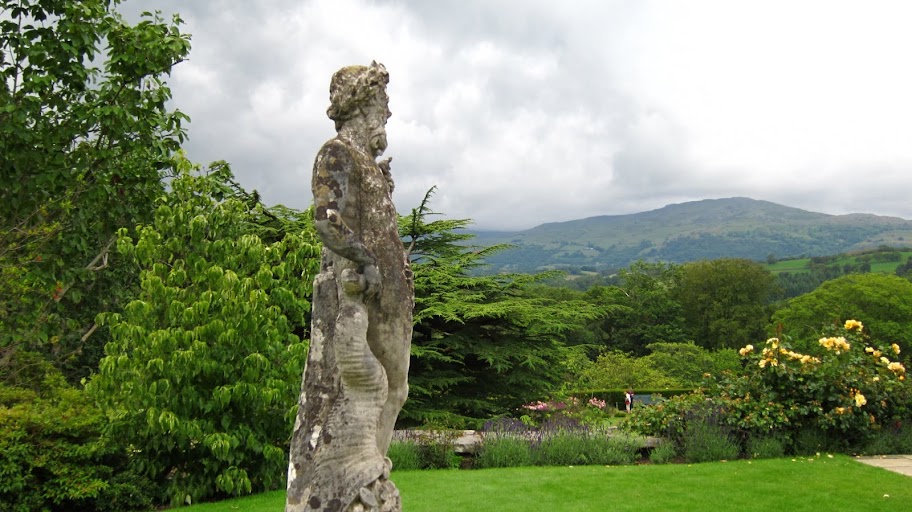 Our England is a garden that is full of stately views,
Of borders, beds and shrubberies and lawns and avenues,
With statues on the terraces and peacocks strutting by;
But the Glory of the Garden lies in more than meets the eye.
– Rudyard Kipling, ‘The Glory of the Garden’

I often wonder, when exploring extensive gardens stretching across acres and created at the whim of some wealthy landowner in a previous century, what it must be like to exert such control and impress your will over such expanses of nature.  Kipling’s poem reminds us of the many unsung ‘men and ‘prentice boys’, largely hidden from history, who laboured to bring a rich man’s vision to life.

The garden at Bodnant, which four of us explored today on a jaunt to Anglesey, is truly one of the most beautiful gardens in the UK.  The garden faces across the Conwy valley towards the Snowdonia range.  The view from the terraces (above), looking across to the Snowdonia mountains is, as F remarked, one of the best examples of the imposition of a piece of man-made beauty on existing natural beauty.  It’s as if  the mountains are part of the garden.

The rich man who acquired this land and organised the creation of this garden was not an aristocrat but a successful industrial chemist and inventor. Henry Davis Pochin was the son of a yeoman farmer of Leicestershire who served an apprenticeship to James Woolley, a manufacturing chemist in Manchester, and in course of time became his partner. Pochin’s most important invention was a process for the clarification of rosin, a brown substance used to make soap, so that after distillation it came out white, thus enabling  a great step forward in human progress – the production of white soap. Another invention involved the use of china clay to reduce costs in the manufacture of paper.  He bought several china clay mines in Cornwall for this purpose

On his retirement in the 1870s, Pochin was able to pursue his passion for gardening – firstly on the Great Orme at Llandudno where he created an extensive and steeply terraced garden that since 1929 has been under the care of the local authority and freely open to the public – then at Bodnant, an estate comprising 80 acres and 25 farms, from 1874 onwards until his death in 1895. 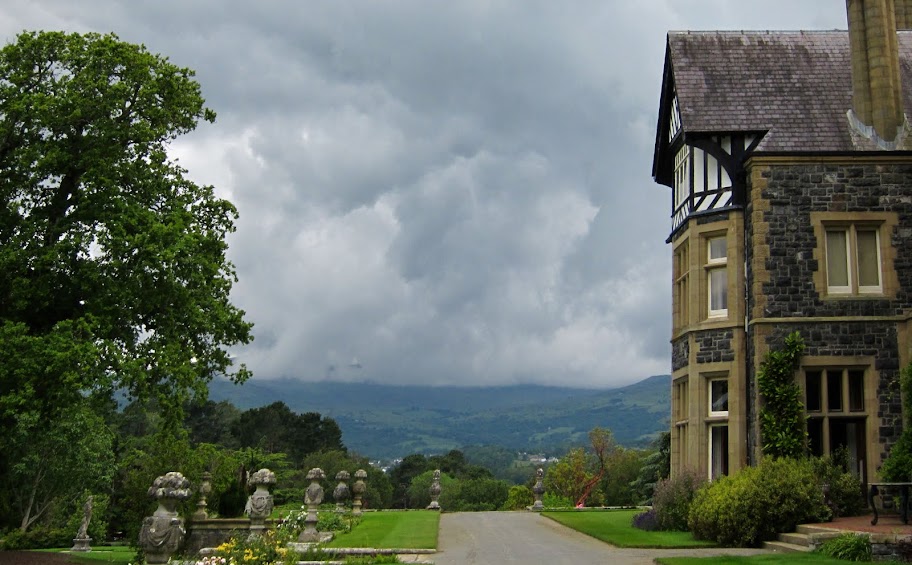 Bodnant House (above) had been built in 1792 but was remodelled by Pochin and on his death it was inherited by his daughter (whose husband became the first Baron Aberconway in 1911). The garden, but not the House or other parts of the estate, was presented to the National Trust, with an endowment, in 1949.

The garden has two parts: the upper garden around Bodnant House consists of the terraced gardens and informal lawns shaded by trees. The lower section, known as the Dell (below) is formed by the valley of the River Hiraethlyn and forms a tranquil wild garden with giant conifers, the shade loving herbaceous plants and blue flowering hydrangeas growing along the river bank. 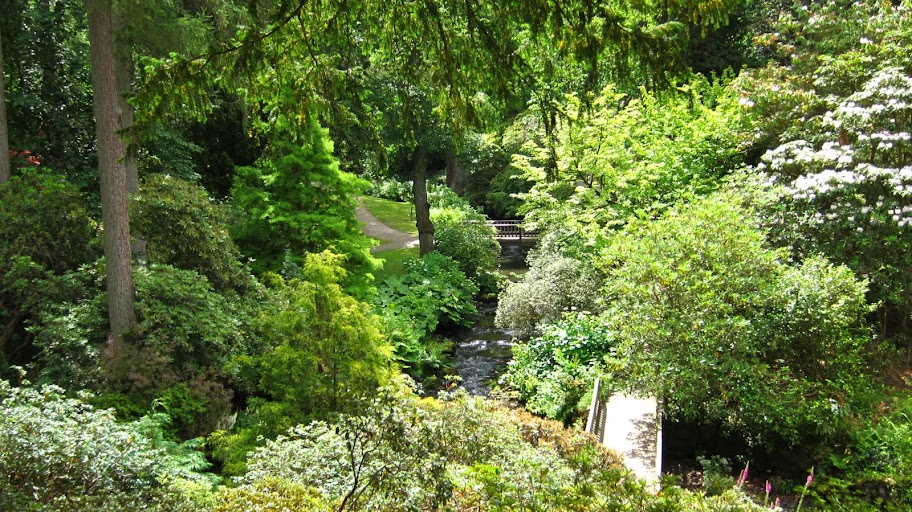 The upper garden below the house features huge Italianate terraces, specimen trees and formal lawns, with paths descending to the Dell. In the summer months the terrace gardens are colourful with herbaceous borders, roses, water lilies, clematis and many unusual wall shrubs and climbers. 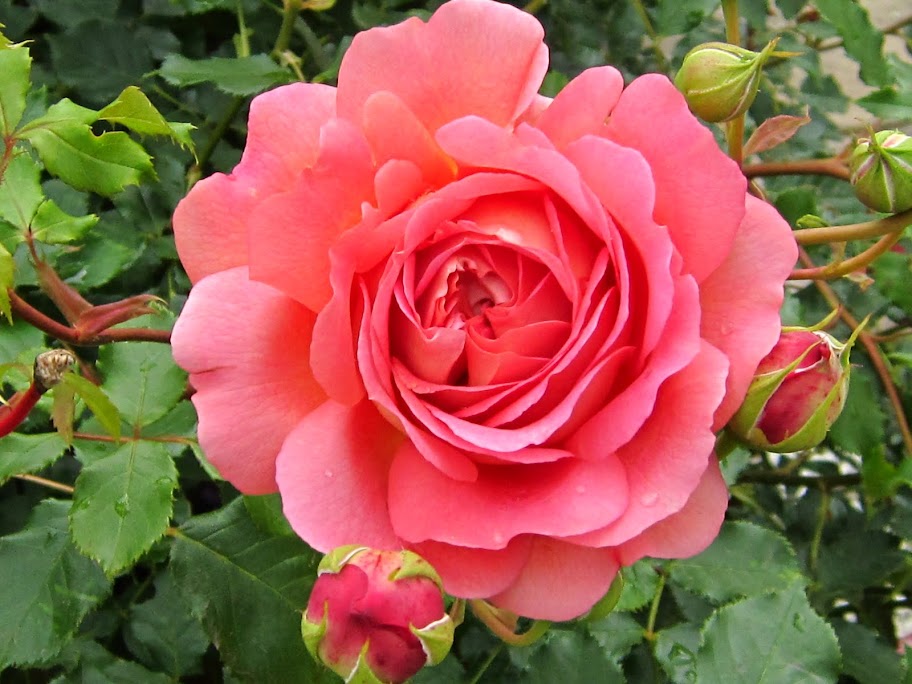 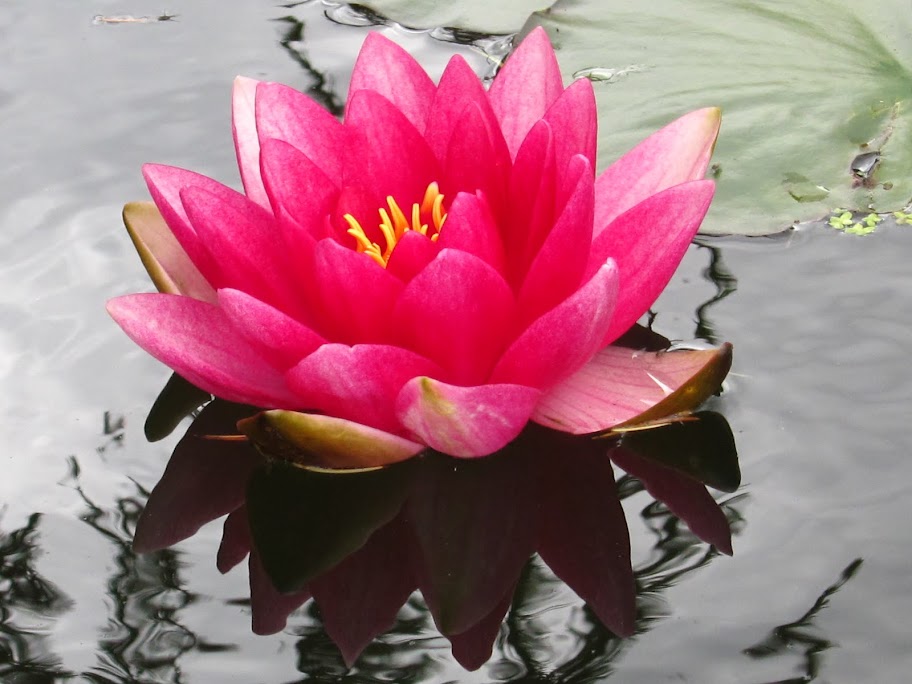 The Pin Mill (below) is an elegant building originally constructed as a garden house around 1730 in Gloucestershire, and later used as a rural factory making dress-making pins. In 1938 it was in a decayed state when Lord Aberconwy bought it and had it moved from Gloucestershire to Bodnant. 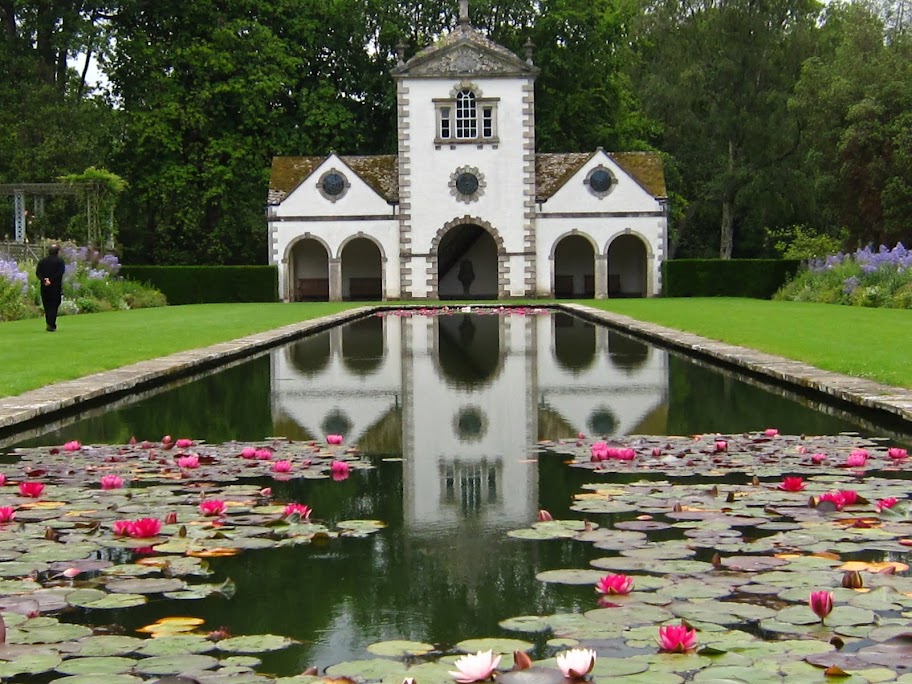 Bodnant Garden is renowned for growing a wide range of interesting and beautiful plants from all over the world, particularly China, North America, Europe and Japan, that are suited to the Welsh climate and soil. One of the highlights is the Laburnum Arch, a curved walk covered with laburnum which produces a magnificent cascade of long yellow flowers in late May and early June.  We’ll have to back to see this wonder, revealed in the stock photo below.

Here’s that Kipling poem in full, reminding us of the hard work that goes into creating any garden:

Our England is a garden that is full of stately views,
Of borders, beds and shrubberies and lawns and avenues,
With statues on the terraces and peacocks strutting by;
But the Glory of the Garden lies in more than meets the eye.

For where the old thick laurels grow, along the thin red wall,
You will find the tool- and potting-sheds which are the heart of all ;
The cold-frames and the hot-houses, the dungpits and the tanks:
The rollers, carts and drain-pipes, with the barrows and the planks.

And there you’ll see the gardeners, the men and ‘prentice boys
Told off to do as they are bid and do it without noise;
For, except when seeds are  planted and we shout to scare the birds,
The Glory of the Garden it abideth not in words.

And some can pot begonias and some can bud a rose,
And some are hardly fit to trust with anything that grows;
But they can roll and trim the lawns and sift the sand and loam,
For the Glory of the Garden occupieth all who come.

Our England is a garden, and such gardens are not made
By singing:–“Oh, how beautiful!” and sitting in the shade,
While better men than we go out and start their working lives
At grubbing weeds from gravel-paths with broken dinner-knives

There’s not a pair of legs so thin, there’s not a head so thick,
There’s not a hand so weak and white, nor yet a heart so sick.
But it can find some needful job that’s crying to be done,
For the Glory of the Garden glorifieth every one.

Then seek your job with thankfulness and work till further orders,
If it’s only netting strawberries or killing slugs on borders;
And when your back stops aching and your hands begin to harden,
You will find yourself a partner in the Glory of the Garden.