We were lucky with the weather today – after a month of mainly grey skies and rain, the sun shone and the temperature climbed.  We continued the Goyt valley walk with a circuit of Fernilee reservoir, the lower and older of the two reservoirs in the valley.

The earliest history of the Goyt Valley belongs to Neolithic farmers around 3,000 BC, who were the first to start felling trees and clearing the ground for cultivation. Farming continued to be the predominant use of the valley for centuries. Following the Norman Conquest the Goyt lay between two Royal Hunting Forests (Peak Forest and Macclesfield Forest). 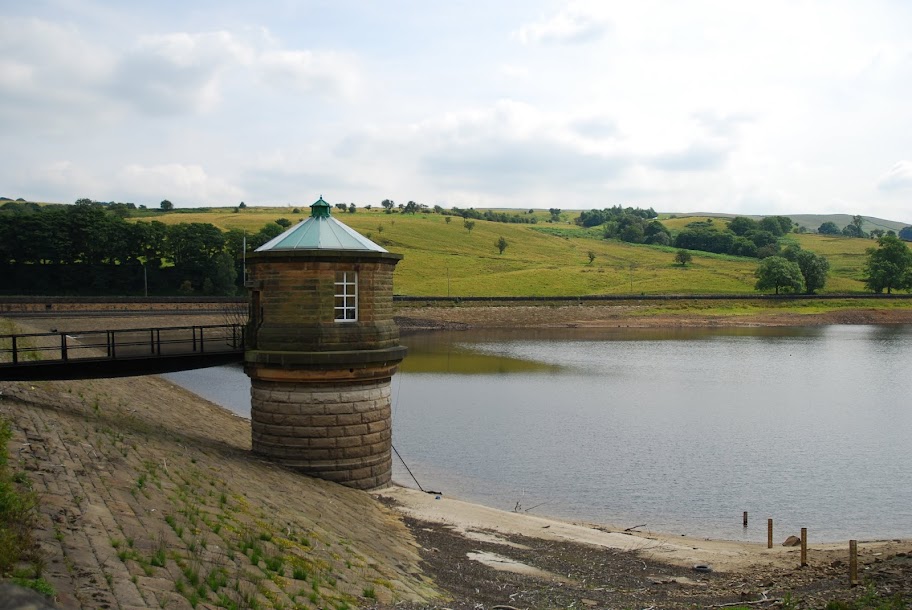 From the Middle Ages to the early 20th century, the Goyt Valley supported a flourishing community. Tenanted farms, coal mines, a water mill, a railway and a gunpowder mill were all part of the landscape. The flooding of the valley to form the Errwood and Fernilee reservoirs changes its use dramatically.  Fernilee was the first reservoir to be built in 1938 by the Stockport Corporation after they purchased the Grimshawe estate. It wasn’t until 1964 that work started on Errwood Reservoir which was officially opened in June 1968.

The Chilworth Gunpowder factory (which is thought to date back to the 16th century) now lies under the waters of Fernilee Reservoir. A serious explosion in 1909 killed three men, but the factory was still very active during the First World War. 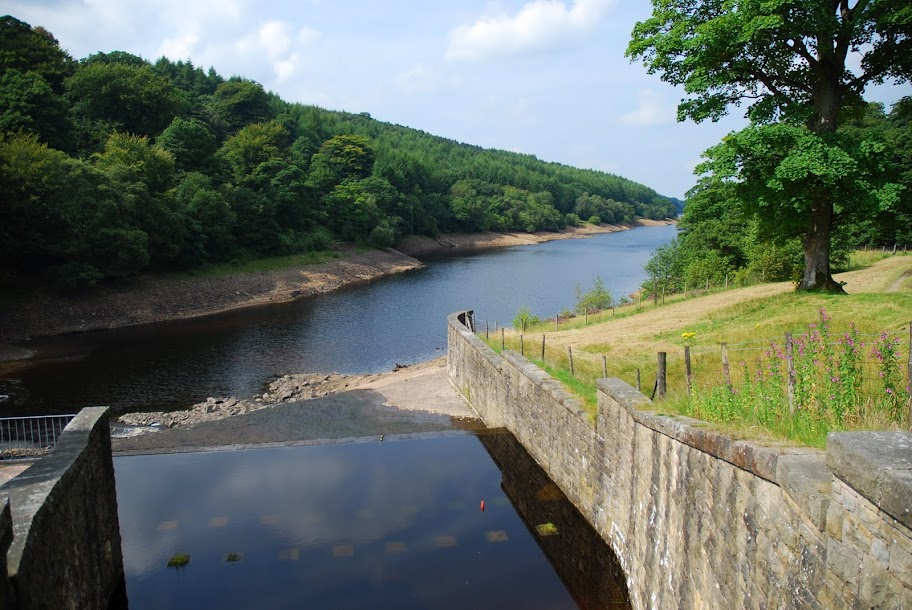 Reaching the northern end of the reservoir, we carried on, following the Goyt through woodland and pasture in the direction of  Whaley Bridge, following old lanes and pack-horse tracks.

Reaching a point where we had a clear view across to the poetically-named Windgather Rocks, we turned and headed downhill through woods towards the footbridge across the Goyt.  At some point we lost the path and found ourselves negotiating a boggy morass. 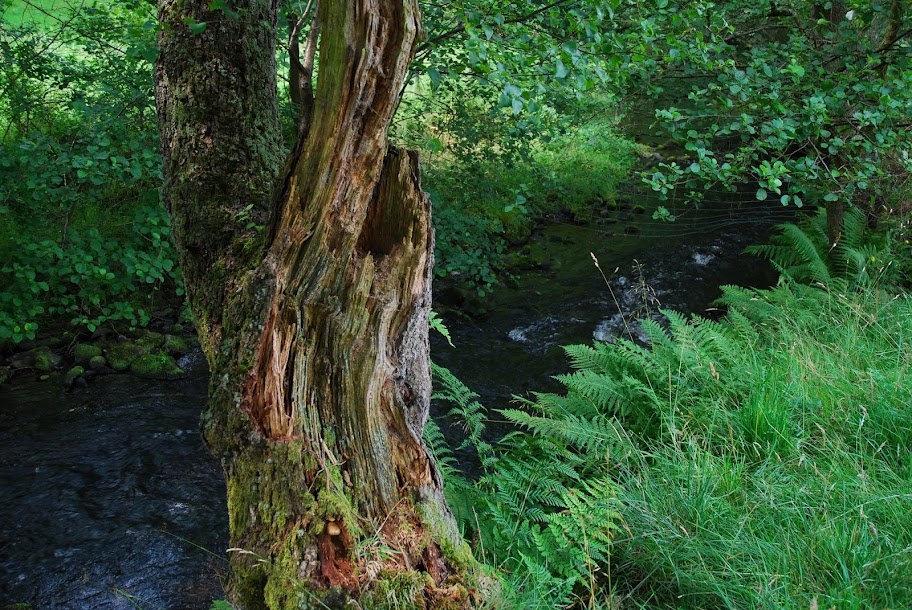 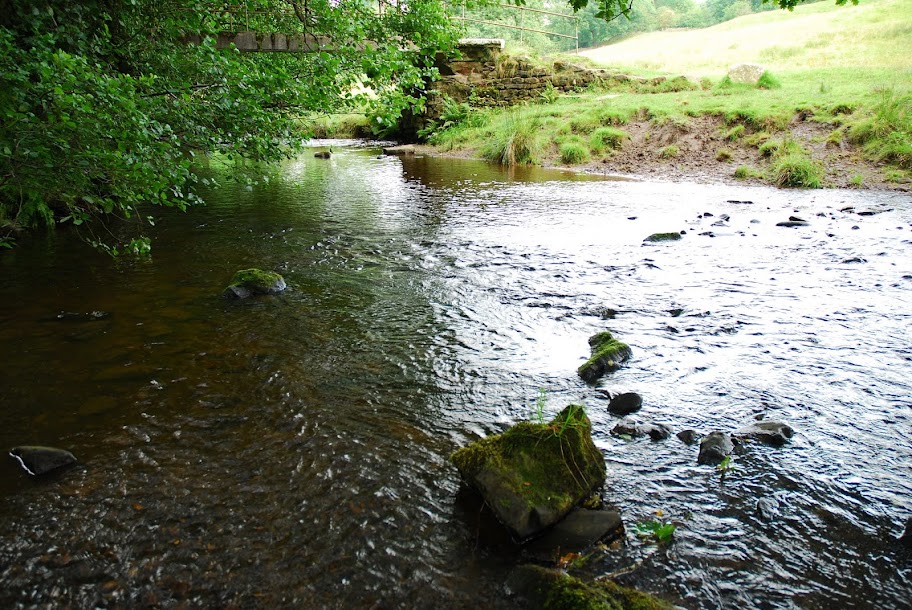 Nobody steps into the same river twice.
The same river is never the same
Because that is the nature of water.
Similarly your changing metabolism
Means that you are no longer you.
The cells die; and the precise
Configuration of the heavenly bodies
When she told you she loved you
Will not come again in this lifetime.

You will tell me that you have executed
A monument more lasting than bronze;
But even bronze is perishable.
Your best poem, you know the one I mean,
The very language in which the poem
Was written, and the idea of language,
All these things will pass away in time.
– Derek Mahon, Heraclitus on Rivers 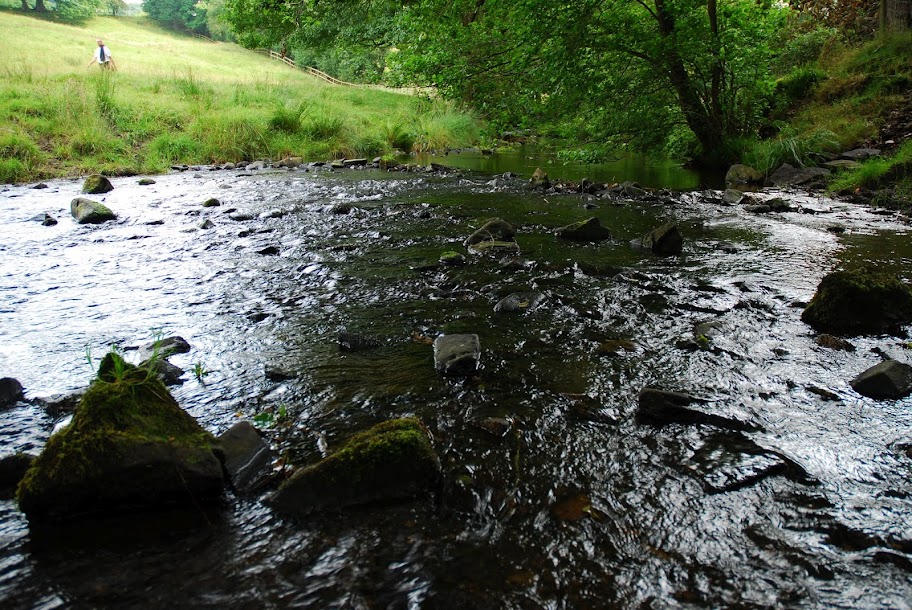 The return path along the east side of the reservoir follows the line of a dismantled railway – the Cromford and High Peak railway line was completed in 1831 to provide a shorter route to industrial Lancashire for Derbyshire coal than the Trent and Mersey Canal by linking the Peak Forest Canal at Whaley Bridge with the Cromford Canal near Matlock.

Initially the railway was powered by horses on the flat sections, while on nine inclined planes, stationary steam engines were used.  By the 1860s steam locomotives had replaced horses though they were still hauled up and down the inclines, along with their trains, by static steam engines.  A passenger service ran on the line from 1874 but it ended in 1877 after a fatal accident.  This is the same line that, as the High Peak Trail, runs down from Buxton through places like Parsley Hay to Cromford.

And so we arrived back at the start, and a Derbyshire ice cream from the car park refreshment van.  Then a short drive into Buxton for a substantial hummus, olive and tomato baguette at our favourite cafe, The Cafe at the Green Pavilion.