This week we helped Sarah move into her new apartment in City Quay.  Where? City Quay is a new dockland residential development on the site of the old Herculaneum Dock. It was situated at the southern end of the Liverpool dock system, connected to the north to Harrington Dock.

The dock was named after the Herculaneum Pottery Company that occupied the site between 1793 and 1841. The pottery made creamware and pearlware pottery as well as bone china porcelain.  The company engaged about forty men from the Staffordshire potteries.  Just as Wedgwood in Staffordshire had called his new colony ‘Etruria’, the Liverpool company christened theirs ‘Herculaneum’.  The company must have done a good trade with America, because there are many pieces bearing American designs and emblems, such as the Portland (Maine) Observatory Pitcher from 1807 (below).

In 1800 the pottery was considerably enlarged, and again in 1806. The pottery finally ceased operation in 1841.  One of the reasons cited for its early demise was the rapid development of the Staffordshire Potteries. Today, earthenware, creamware and china from the Herculaneum pottery is much sought-after by collectors.

The painting below first appeared in Lancashire Illustrated, Series of Views: from original drawings by S. Austin & William Henry Pyne, published in 1831. The painting is entitled ‘Liverpool from the Mersey No.IV’, and shows the Herculaneum pottery at the extreme right, directly above the buoy and with a whisp of smoke rising from it. The authors add a description of the scene which incudes this sentence:

“The view is terminated by the Herculaneum Pottery, which competes with the great manufacturies of Staffordshire…”

And here’s a better view of the pottery by Herdman in 1825, from the Dingle shore to the south. 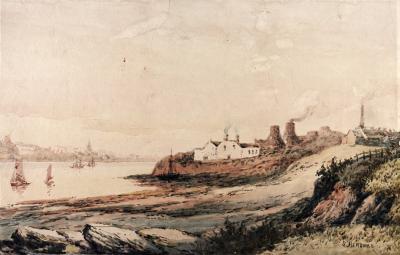 From 1767, a tidal basin in the area that would become the dock had been used for unloading. The view below shows the area in 1825.

In 1864, a new dock designed by George Fosbery Lyster was blasted from the foreshore, providing two graving docks. This dock opened in 1866.  In 1876, a third graving dock was added. It is this dock that now forms the central water feature of City Quay. 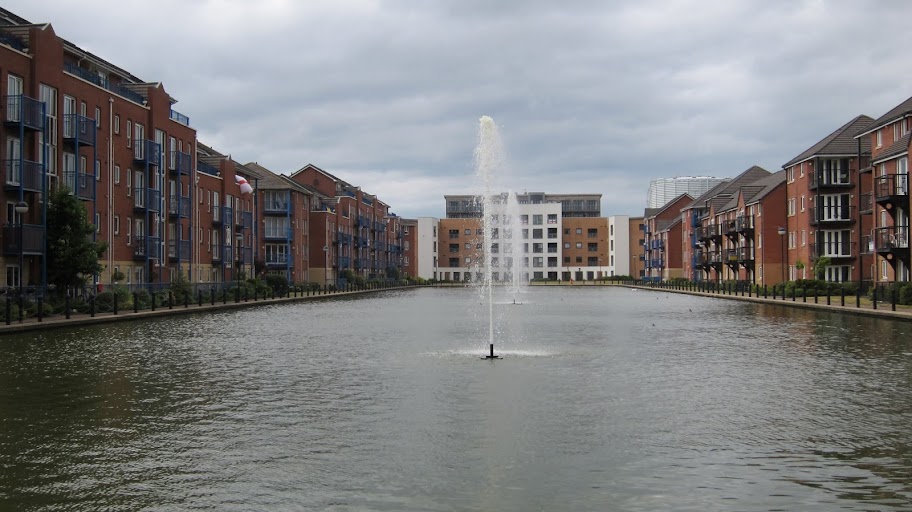 From 1873 the dock handled petroleum and specialist casemates were built to store this and other volatile cargo within the sandstone cliffs above. 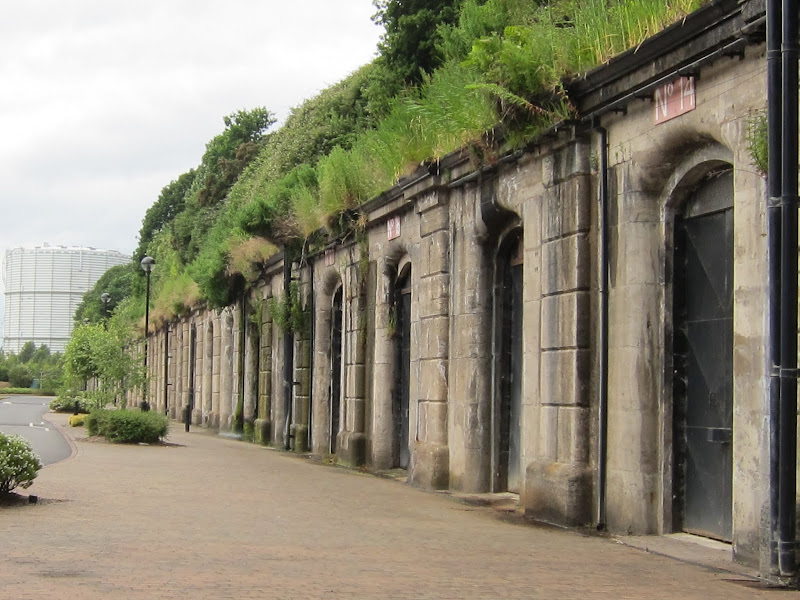 These casemates remain a feature of City Quay today, forming the base of the sandstone cliff that separates the development from Grafton Street above.  In all 63 casemates remain.

The dock continued to handle these materials until oil handling was transferred across the river to Tranmere Oil Terminal and Stanlow Oil Refinery in the 20th century. During 1881 the dock facility was enlarged further and a fourth graving dock was constructed in 1902. The photo below shows the Herculaneum in 1903, while the map shows the layout of the docks in 1909.

In 1972, Herculaneum Dock closed and was filled in during the 1980s. The area south of the dock contained a tank farm; this was reclaimed for the Liverpool Garden Festival and residential properties. The two photos below show the infill in progress in 1982.

In 2004, the site was bought by national property developer David McLean Homes and a riverside residential development, called City Quay was built on the dock.  It opened in 2008.

A feature of the site are the Dingle Steps which lead up to Grafton Street.

Near the foot of the steps is a mural representing scenes from the working class and trade union history of Liverpool.  The mural is about 40 feet in length and about 12 feet high. It was painted by Alan Murray, of Artworks Liverpool, along with several young people from the Dingle and Toxteth.  The left, central and right sections of the mural are shown below.

Click on the image below to view a high resolution image of the complete mural.

In April 2007, the Liverpool Daily Post reported that residents of the streets directly above the proposed development were protesting about plans to build a 12-storey tower block on the site, putting an end to residents’ uninterrupted views of the Welsh mountains and glorious sunsets.

Hundreds of people in the Shorefields area, around Grafton Street, have signed a petition in a bid to block plans for a new homes scheme on Herculaneum Dock.  Their own terraced houses are on top of a rock cliff face, giving residents uninterrupted views across the Mersey towards Wales.   They claim the scheme by Liverpool development company City Quay will ruin their grandstand view of stunning scenery.

City Quay want to build 218 homes, retail and leisure schemes and a 228-space car park on the last remaining undeveloped area of the dock.  The development, which will climb to 12 storeys, is being recommended for approval at next Tuesday’s meeting of Liverpool Planning Committee.

Originally, a 20-storey tower block was proposed, but that scheme was withdrawn.  Following a public consultation exercise, the height of the scheme has been reduced by almost 20ft. Hundreds of residents in the area, including people in Elswick Street, made famous by television’s Bread series, were asked for their comments.

What’s interesting and significant is the way that developments like this are changing the social composition of the area, drawing in a large number of young professionals.  The social boundary is particularly marked here in a vertical sense: roughly a hundred feet above are the terraced streets of working class Dingle – Liverpool 8. Somehow Quay City has acquired an L3 postcode.

10 thoughts on “From Herculaneum to City Quay”