There’s something very special about walking in ancient wild wood.  On our way back home from the Lleyn, we stopped at Harlech to see an old friend.  On a wet Saturday afternoon she took us to Coed Aber Artro, an area of wild wood near the village of Llanbedr, just south of Harlech, so at least the dogs got a walk. We got soaked, but enjoyed it so much that we went right back the following morning – in much better conditions!

Coed Aber Artro (Coed Garth Goch) is a component of the well-wooded local landscape to the east of the village of Llanbedr. Characterised by semi-natural broad-leaved woodland (mainly semi-natural ancient woodland) and dominated by Sessile Oak grading into Ash and Alder in the damper areas, this woodland has been modified by the introduction of Beech which is a major feature of the eastern sector, whilst Sycamore is competing vigorously especially in the southern area. There are scattered mature conifers, including the remains of a small arboretum. The entire woodland was thinned during the last plan period prioritising the reduction of the heavily shading Beech tree component. Light rhododendron is also present, although kept under control. 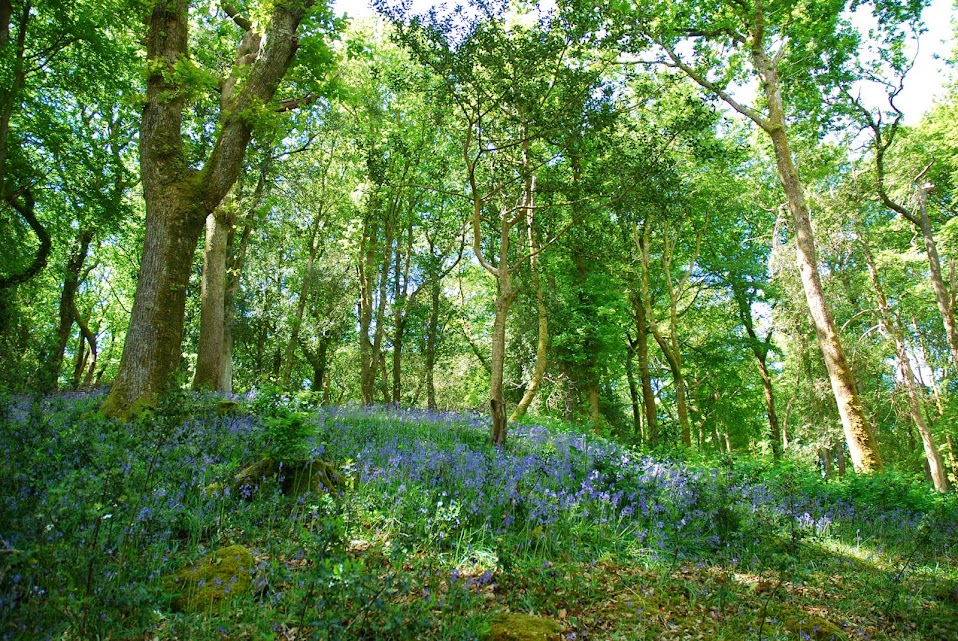 There were carpets of bluebells, just starting to fade, and the place felt timeless, with the dappled light and many shades of green. Between the trees were rocks thickly coated in moss, a stream and a waterfall. 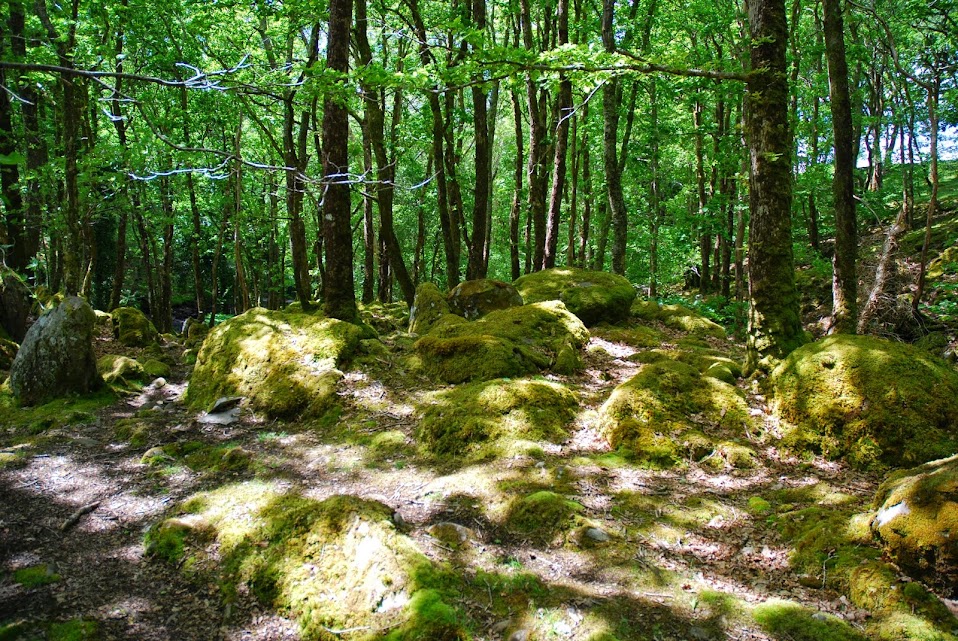 One of the best books of recent years was Roger Deakin’s Wildwood: A Journey Through Trees, in which he recalls that Edward Thomas spoke of ‘the fifth element’: the element of wood. Here’s an extract from the book, in which Deakin captures the special quality of these ancient places:

In the woods, there is a strong sense of the immersion in the dancing shadow play of the leafy depths, and the rise and fall of the sap that proclaims the seasons is nothing less than a tide, and no less influenced by the moon. It is through trees that we see and hear the wind: woodland people can tell the species of a tree from the sound it makes in the wind.

To enter a wood is to pass into a different world in which we ourselves are transformed.  It is no accident that in the comedies of Shakespeare, people go into the greenwood to grow, learn and change.  It is where you travel to find yourself, often, paradoxically, by getting lost.  Merlin sends the future King Arthur as a boy into the greenwood to fend for himself in The Sword in the Stone.  There, he falls asleep and dreams himself, like a chameleon, into the lives of the animals and the trees.  In As You Like It, the banished Duke Senior goes to live in the Forest of Arden like Robin Hood, and in Midsummer Night’s Dream the magical metamorphosis of the lovers takes place in a wood ‘outside Athens’ that is quite obviously an English wood, full of the faeries and Robin Goodfellows of our folklore.

“A culture,” WH Auden wrote, “is no better than its woods.” A place without trees, he implied, has no roots, no strength and no shelter. Taking that line as his point of departure, Roger Deakin decided to go in search of what he calls “the subconscious of the landscape”: our trees, woods and forests. “They,” he writes, “have become the guardians of our dreams of greenwood liberty, of our wildwood, feral, childhood selves . . . they hold the merriness of Merry England, of yew longbows, of Robin Hood . . . they are also repositories of the ancient stories.” 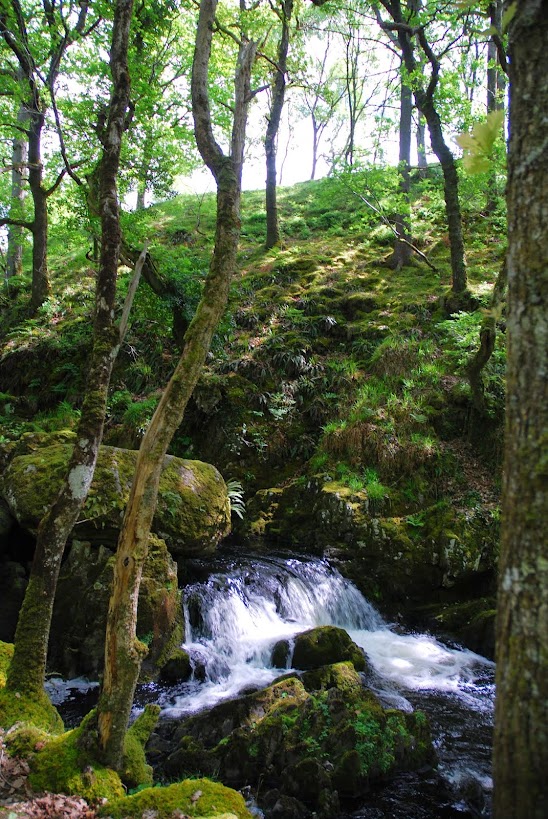 The Sound of Trees

I wonder about the trees.
Why do we wish to bear
Forever the noise of these
More than another noise
So close to our dwelling place?
We suffer them by the day
Till we lose all measure of pace,
And fixity in our joys,
And acquire a listening air.
They are that that talks of going
But never gets away;
And that talks no less for knowing,
As it grows wiser and older,
That now it means to stay.
My feet tug at the floor
And my head sways to my shoulder
Sometimes when I watch trees sway,
From the window or the door.
I shall set forth for somewhere,
I shall make the reckless choice
Some day when they are in voice
And tossing so as to scare
The white clouds over them on.
I shall have less to say,
But I shall be gone.