Of vast circumference and gloom profound
This solitary Tree! -a living thing
Produced too slowly ever to decay;
Of form and aspect too magnificent
To be destroyed

– from Yew-Trees by William Wordsworth

Yesterday, on our way to spend a week on the Lleyn peninsula we stopped at Llangernyw and I took these photos of the ancient yew tree in the churchyard there: one of  the ten oldest trees in the world. It has been confirmed as being between 4,000 years and 5,000 years old, making it the second or third oldest living tree in the world. This means that the tree took root sometime in the prehistoric Bronze Age:  and still it thrives, a healthy, growing tree. 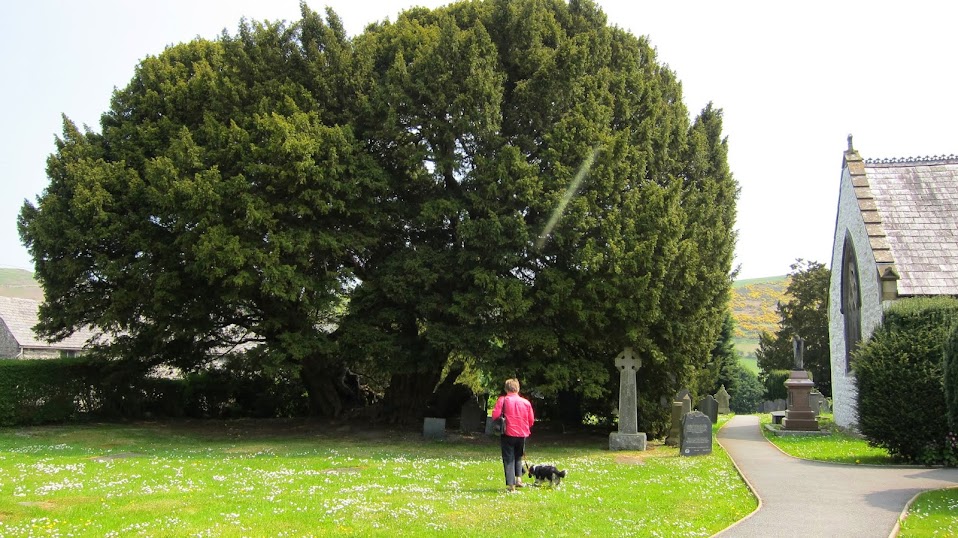 To place your hands on the bark of a living tree that was probably here a thousand years before Stonehenge and the Egyptian pyramids is a strange feeling.  The majority of Yew trees are found growing in churchyards: the interesting thing about this one is that it pre-dates the arrival of Christianity here by about three millennia, so the builders must have chosen to site the church by the tree. 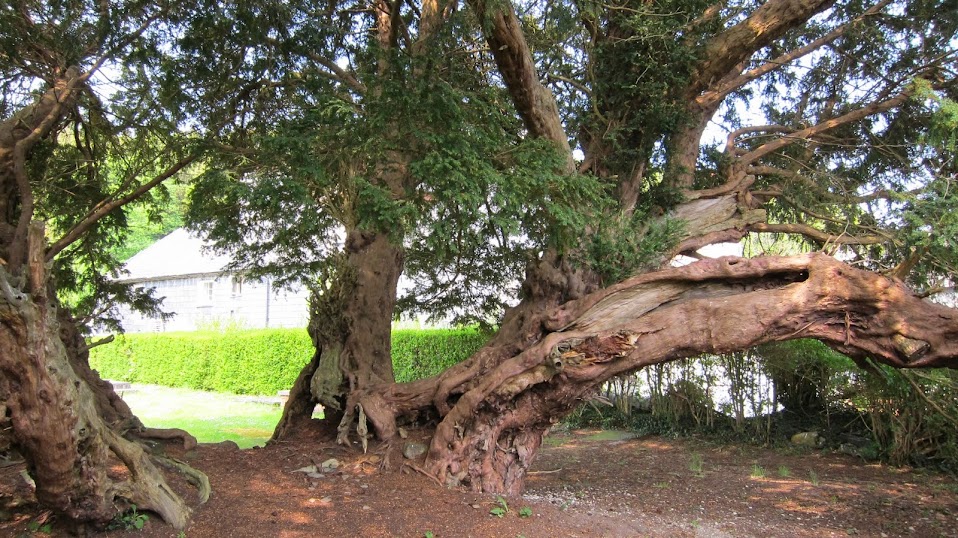 But, since the earlier Druids and Pagans worshipped the yew, maybe the early Christians simply located their church on an existing and already very ancient religious site. 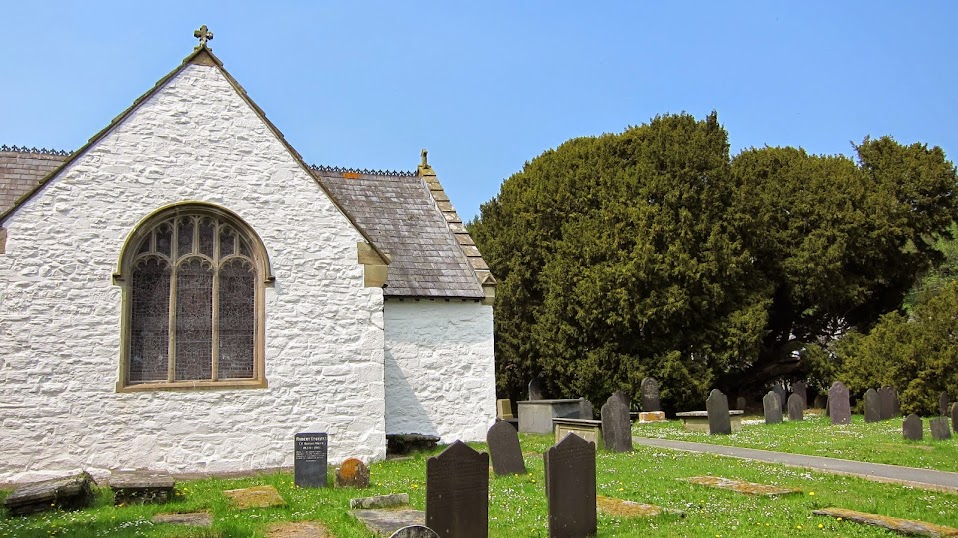 The yew is designated one of the fifty Great British trees in recognition of its place in national heritage. The churchyard gate displays a certificate from the Yew Tree Campaign certifying that the tree is dated as between 4,000 and 5,000 years old. 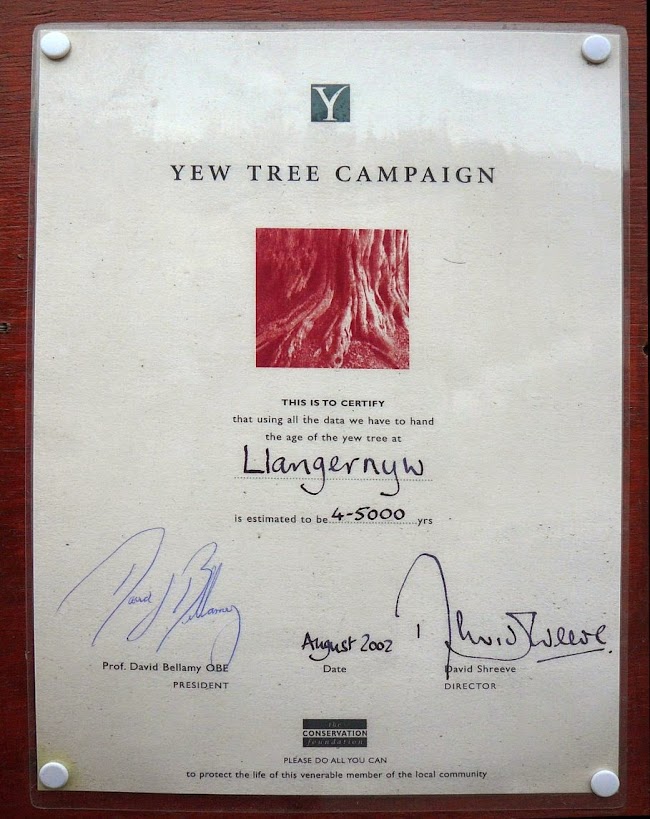 One thought on “The Llangernyw Yew”