Formby Point today was wonderful on an unexpectedly warm day (the forecast was chilly) and under blue skies with stunning cloudscapes. We parked at the top of Lighthouse Lane for a change and walked down through the pines, then out on flat, sandy spaces of marram grass behind the dunes.  I heard a lark – ‘the silver chain of sound/Of many links without a break’ – before I saw it drop to ground.

Unsurprisingly, Vaughan Williams’ The Lark Ascending came to mind, but I must admit I hadn’t realised until preparing this post that the composer was inspired by a poem of the same name by George Meredith. This is the first half of Meredith’s poem (the full text is here):

He rises and begins to round,
He drops the silver chain of sound
Of many links without a break,
In chirrup, whistle, slur and shake,
All intervolv’d and spreading wide,
Like water-dimples down a tide
Where ripple ripple overcurls
And eddy into eddy whirls;
A press of hurried notes that run
So fleet they scarce are more than one,
Yet changingly the trills repeat
And linger ringing while they fleet,
Sweet to the quick o’ the ear, and dear
To her beyond the handmaid ear,
Who sits beside our inner springs,
Too often dry for this he brings,
Which seems the very jet of earth
At sight of sun, her music’s mirth,
As up he wings the spiral stair,
A song of light, and pierces air
With fountain ardor, fountain play,
To reach the shining tops of day,
And drink in everything discern’d
An ecstasy to music turn’d,
Impell’d by what his happy bill
Disperses; drinking, showering still,
Unthinking save that he may give
His voice the outlet, there to live
Renew’d in endless notes of glee,
So thirsty of his voice is he,
For all to hear and all to know
That he is joy, awake, aglow,
The tumult of the heart to hear
Through pureness filter’d crystal-clear,
And know the pleasure sprinkled bright
By simple singing of delight,
Shrill, irreflective, unrestrain’d,
Rapt, ringing, on the jet sustain’d
Without a break, without a fall,
Sweet-silvery, sheer lyrical,
Perennial, quavering up the chord
Like myriad dews of sunny sward
That trembling into fulness shine,
And sparkle dropping argentine;
Such wooing as the ear receives
From zephyr caught in choric leaves
Of aspens when their chattering net
Is flush’d to white with shivers wet;
And such the water-spirit’s chime
On mountain heights in morning’s prime,
Too freshly sweet to seem excess,
Too animate to need a stress;
But wider over many heads
The starry voice ascending spreads,
Awakening, as it waxes thin,
The best in us to him akin;
And every face to watch him rais’d,
Puts on the light of children prais’d,
So rich our human pleasure ripes
When sweetness on sincereness pipes,
Though nought be promis’d from the seas,
But only a soft-ruffling breeze
Sweep glittering on a still content,
Serenity in ravishment. 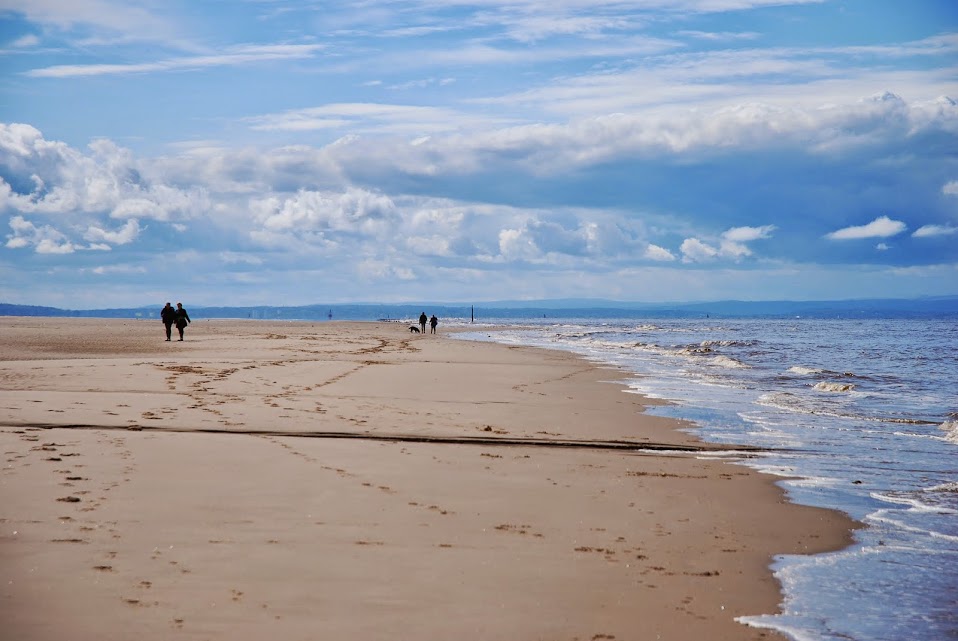 Down at the shore it was high tide and a succession of vessels were making their way out of the Mersey estuary, past the wind turbines, to the sea. 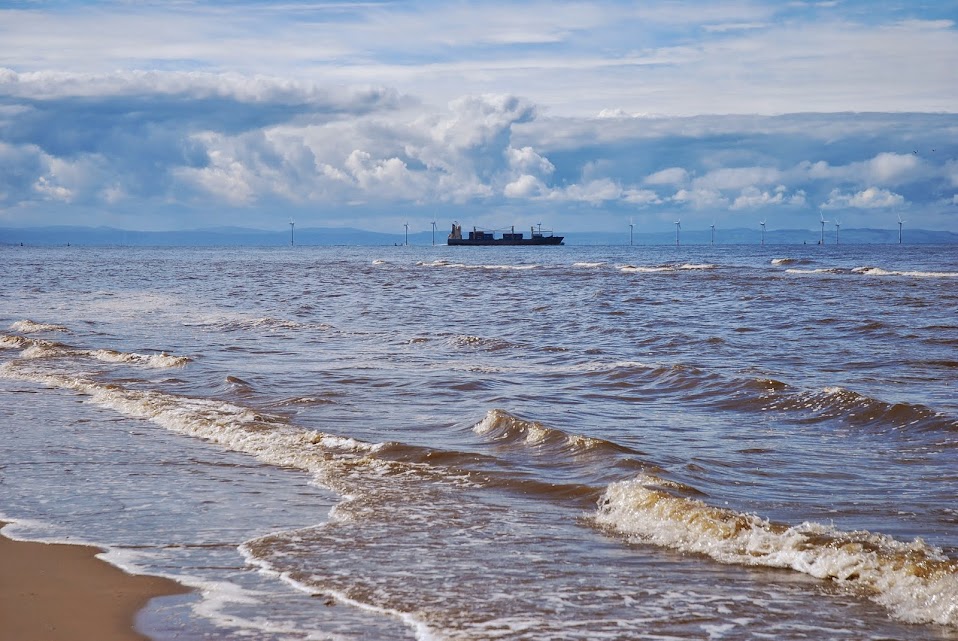 We turned back inland to walk through the dunes.  This is the site of an endless battle between sea and land. During the eighteenth century up to about 1830 at Formby Point there was extensive coastal erosion. This trend reversed dramatically in the mid-nineteenth century, when Formby Point moved out (accreted) about 300 metres. Landowners took advantage of this period to assist the advance of the dune front by means of sand trapping fences and dune management, mainly the planting of marram grass. 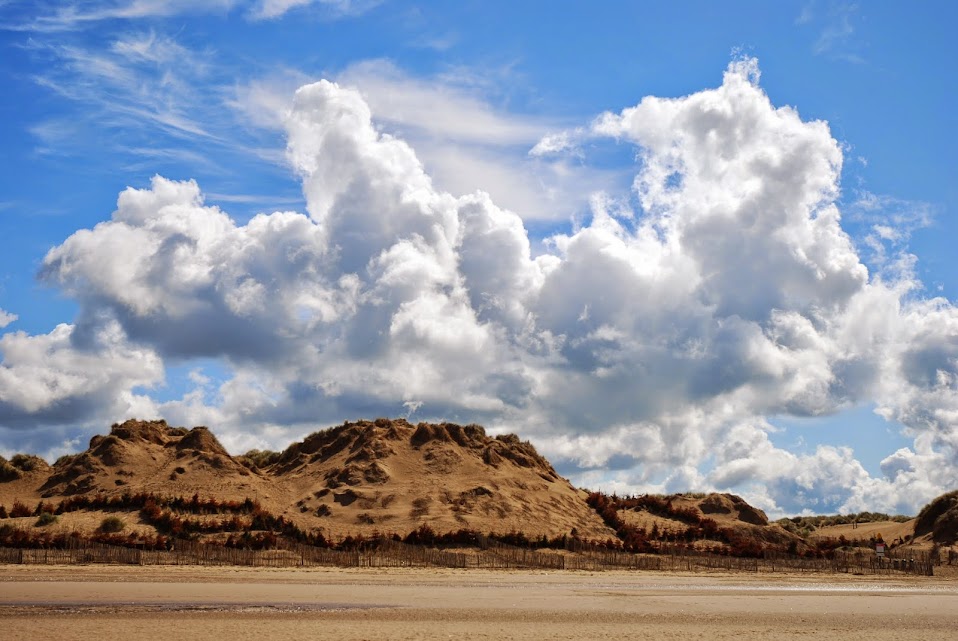 However, throughout the twentieth century and to the present, the dune system around Formby Point has experienced continuous erosion.  The evidence suggests that the present phase of erosion was primarily triggered at the end of the nineteenth century by a significant increase in the frequency of storm force westerly winds and destructive waves. The erosion was compounded by the effects of dredging, spoil dumping and training wall construction which significantly altered the shape of the seabed in Liverpool Bay, leading to increased wave energy focusing on Formby Point. 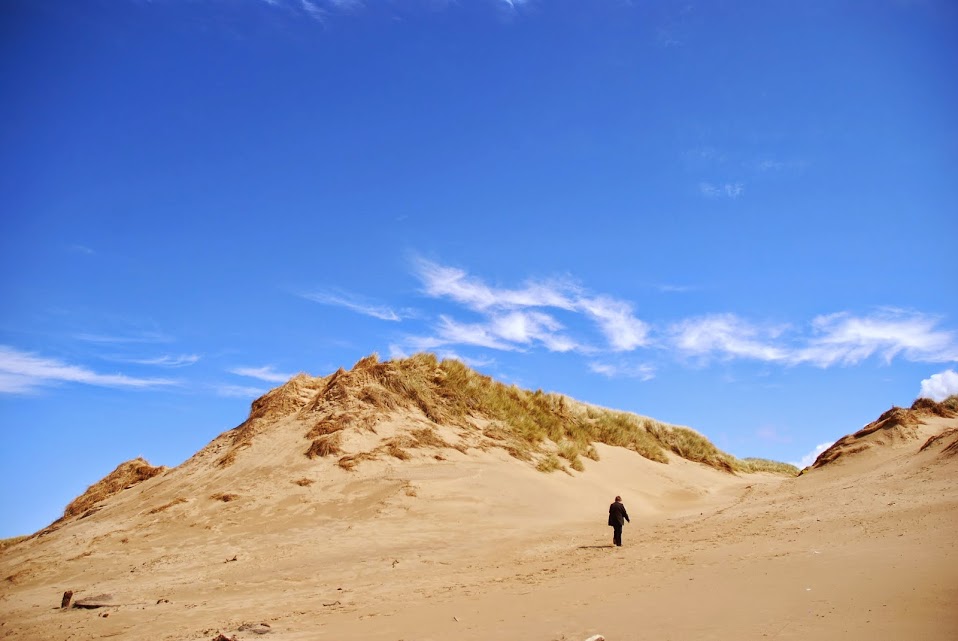 This focusing is greatest between Lifeboat Road and Victoria Road at the National Trust site, with an average loss of approximately 4.5 metres per year over the past 20 years (1999 figures). 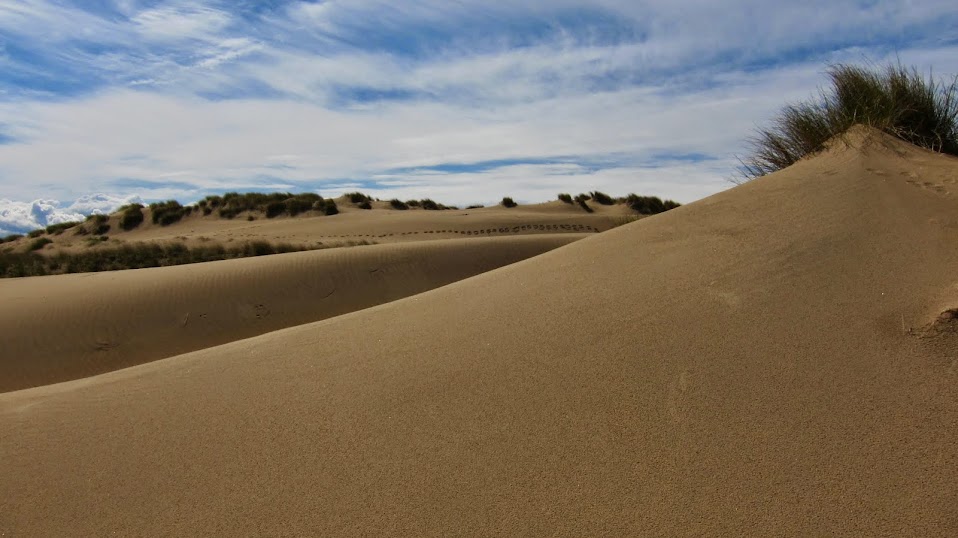 Part of the Crosby and Southport shoreline has been partially fixed by coastal defence work. However, the natural forces remain at work and sand drift at Crosby is tending to bury parts of the sea wall. From Hightown to Birkdale the coastline is in a more natural condition, with generally wide sandy beaches still backed by an extensive system of sand dunes. 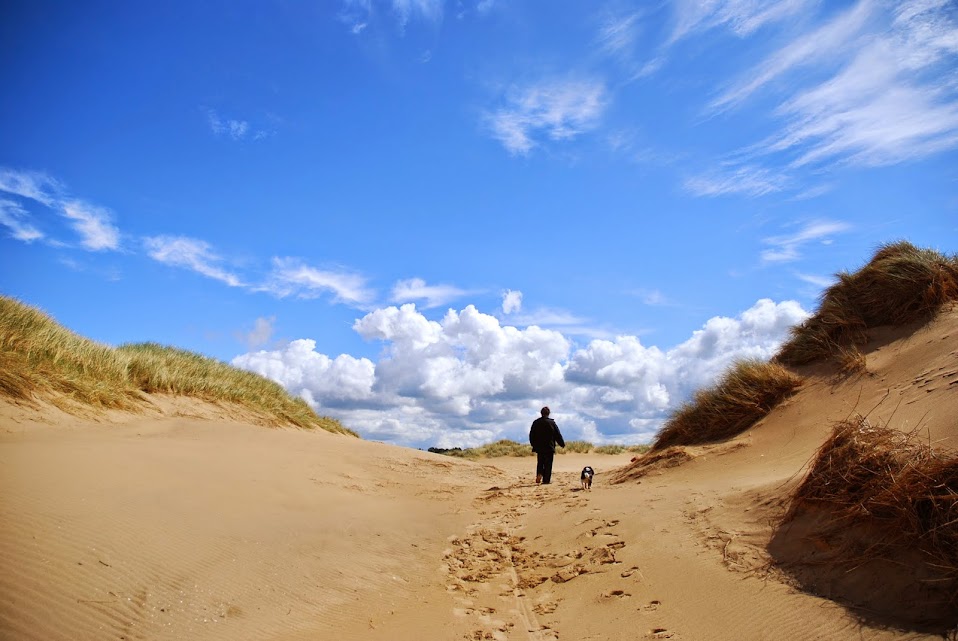 There’s a poem by Robert Frost – Sand Dunes – that is concerned with this battle between the natural forces of the sea and mankind. The sea and the dunes may drown and bury the ships and huts of men, but man is ‘free to think’ and cast off these setbacks. It’s a poem whose confidence in mankind’s ability to shrug off the power of nature may read a little differently today and perhaps, especially at a place like Formby, with its threatened wildlife, including the red squirrels. Yet, the National Trust’s measures to reverse these trends, and perhaps the wind turbines out to sea, do reflect how humans are ‘free to think’ and work out ways to repair the damage they have done.

Sea waves are green and wet,
But up from where they die,
Rise others vaster yet,
And those are brown and dry.

They are the sea made land
To come at the fisher town,
And bury in solid sand
The men she could not drown.

She may know cove and cape,
But she does not know mankind
If by any change of shape,
She hopes to cut off mind.

Men left her a ship to sink:
They can leave her a hut as well;
And be but more free to think
For the one more cast-off shell. 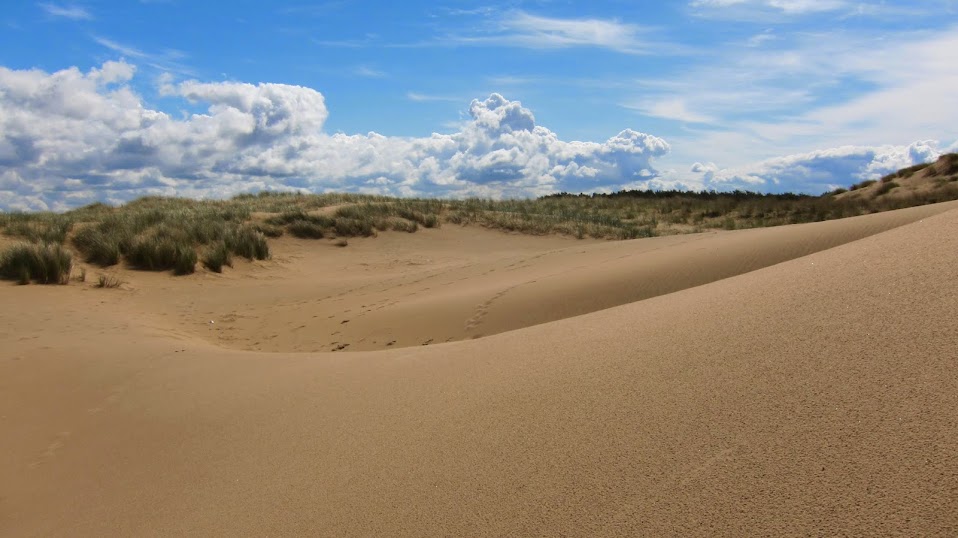 One thought on “Walk at Formby Point: lark and dune”