‘On The Street’ in Anfield 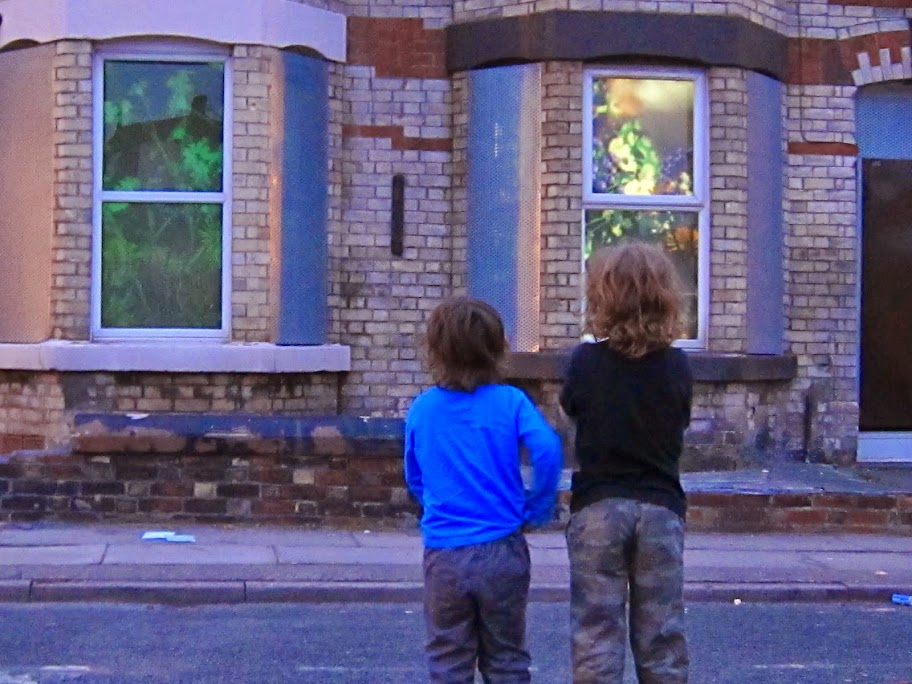 Alerted at the last minute by the Liverpool Art and Culture Blog, I nipped up to Anfield this evening for the last night of  ‘On The Street’, a video installation that’s been on display in a terrace of derelict houses in Anfield for the past week.

Empty properties in the heart of the regeneration zone, have been occupied by the giant ‘ghosts’ of those who once lived there. The illusion has been realised through a large-scale video installation created by Brooklyn-based artist Ed Purver with local young people aged 11-17 as part of Liverpool Biennial’s ‘On the Street’. The launch took place on Friday 16 April attended by members of the local community, friends and family of the young people and those supporting the project. 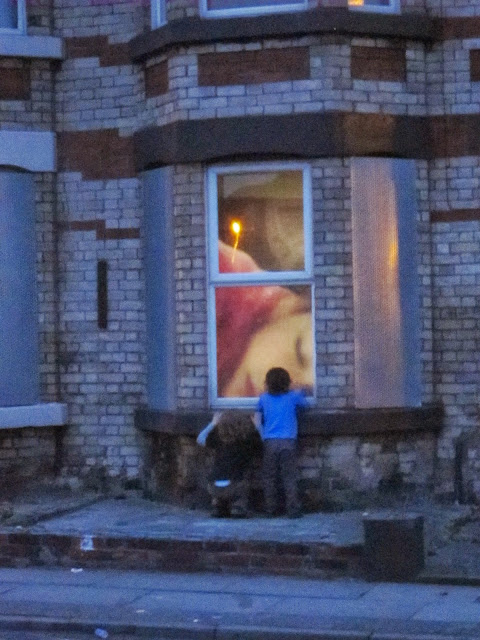 When I arrived at dusk a closing street party and barbecue was just winding down, and local adults, kids and community police officers stood around watching the show. A lot of the kids were recognising themselves or others in the giant videos that flickered in the empty rooms of the derelict houses. 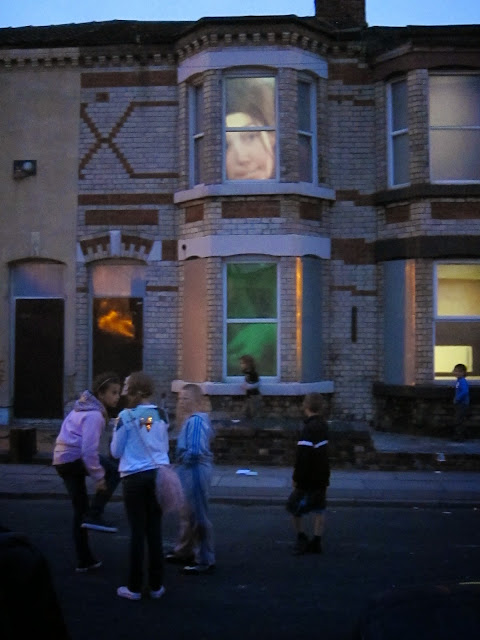 An impressive work, obviously appreciated by the locals.  Glad I didn’t miss it.