An autumn afternoon in Sefton Park

I took these photos this afternoon as the sun was beginning to set and cast long shadows at the end of a glorious autumn day. I’m a bit obsessed with this copse of pine trees and love the way the shadows fall in the late afternoon. 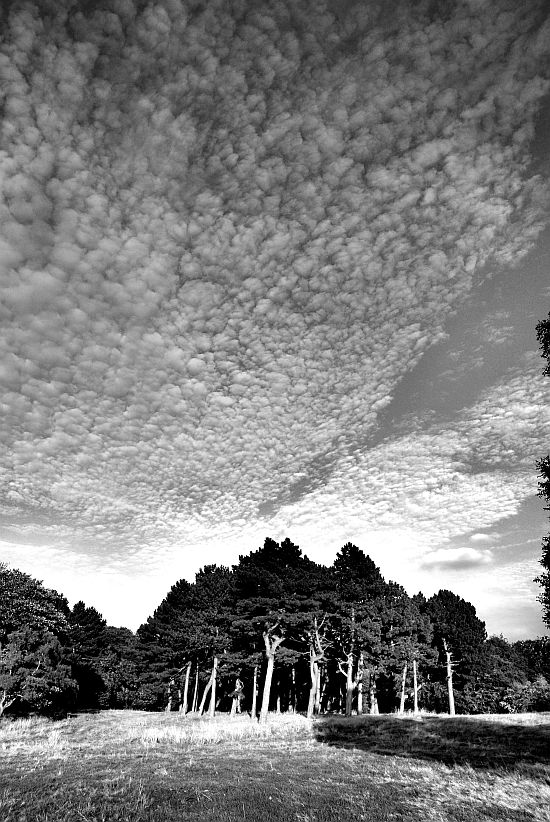 A bit further on, the setting sun glowed through the panes of the Palm House.

Time for a bit of history (from the Palm House Preservation Trust leaflet):

Sefton Park Palm House is a Grade II* listed building.  Liverpool millionaire Henry Yates Thompson, the grand nephew of the founder of Princes Park, gifted £10,000 to the city to build the Palm House. Originally opened in 1896, it measures 25m high on a base of red granite from the Isle of Mull. There are 3,710 flat panes of glass, all individually cut.

In 1939 the glass was painted in camouflage colours to avoid the reflection of moonlight guiding enemy bombers. However, in 1941 a nearby bomb shattered the glass, but left the main structure intact. It was reglazed and opened again in the 1950’s. In the1980’s a lack of repairs meant it was closed and threatened
with demolition.

Local residents organised a public meeting in 1991 with 800 people attending. The campaign led to a partial restoration and re-opening in 1993. In 1997 Heritage LotteryFund and English Heritage grants allowed for a complete restoration. Work began in Spring 2000, and the Palm House reopened on September 6th 2001.

The £3.5 million restoration involved, firstly, the City Council gardeners removing the collection of palm trees and exotic plants to their nursery. Then Shepley Engineers Ltd. of Cumbria dismantled and numbered the cast iron structure piece by piece. These were blast-cleaned and given five coats of protective paint. Only the main eight support beams remained in situ. After returning the iron sections, the glass was replaced. In Summer 2001, the building was re-planted with a collection of exotic plants

The eight external marble and bronze statues by French sculptor Chavalliaud represent world explorers and botanists. A protection coating of wax and resin keeps them in good condition. Clockwise from the main door:

The Peter Pan statue has now been relocated outside the Pam House.

This much loved statue by Sir George Frampton was commissioned by JM Barrie, author of Peter Pan, as a gift for the visiting public to Kensington Gardens. This replica was commissioned by George Audley for Sefton Park and was launched with a Pageant attended by many thousands on 16 June 1928.

The statue used to be located next to the small lake near the Aviary cafe, until it was removed because of wear and tear from climbing children. There were also two small cannons, said to be off a Royal yacht and the Jolly Roger pirate boat. This was actually a modified lifeboat donated by the Cunard Line, to be followed by three other Jolly Rogers over the years.

The Peter Pan statue was reinstated in Sefton Park in 2005 following cleaning and repair by the Conservation Centre supported by European Objective 1 and City Council funding. It has now been resited sited alongside the Palm House. 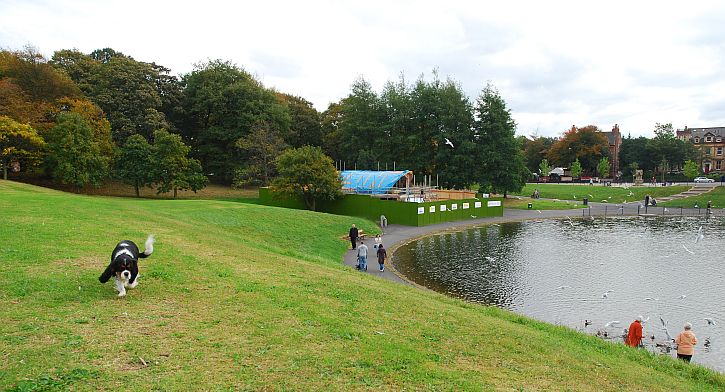 Down by the boating lake a new boathouse and cafe building is going up.  It looks as if it will be a striking building, beautifully set against a drift of trees and constructed out of curving timbers, looking like an upturned canoe.