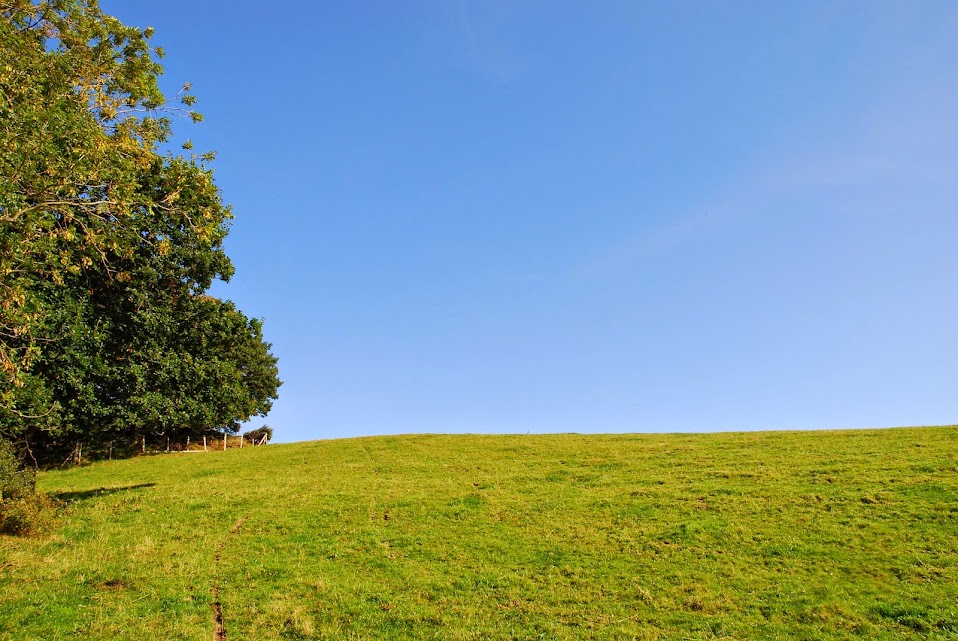 These are the days when birds come back,
A very few, a bird or two,
To take a backward look.
These are the days when skies put on
The old, old sophistries of June, —
A blue and gold mistake.
Oh, fraud that cannot cheat the bee,
Almost thy plausibility
Induces my belief,
Till ranks of seeds their witness bear,
And softly through the altered air
Hurries a timid leaf!
Oh, sacrament of summer days,
Oh, last communion in the haze,
Permit a child to join,
Thy sacred emblems to partake,
Thy consecrated bread to break,
Taste thine immortal wine!

We’ve had wonderful Indian summer weather this weekend, with clear blue skies, warm sun and autumn colours just beginning to show on the trees. We went for two walks on the Wirral – one at Thurstaston, down the little valley known as The Dungeon and out along the Dee shore; and another at New Brighton, around Perch Rock fort and lighthouse. 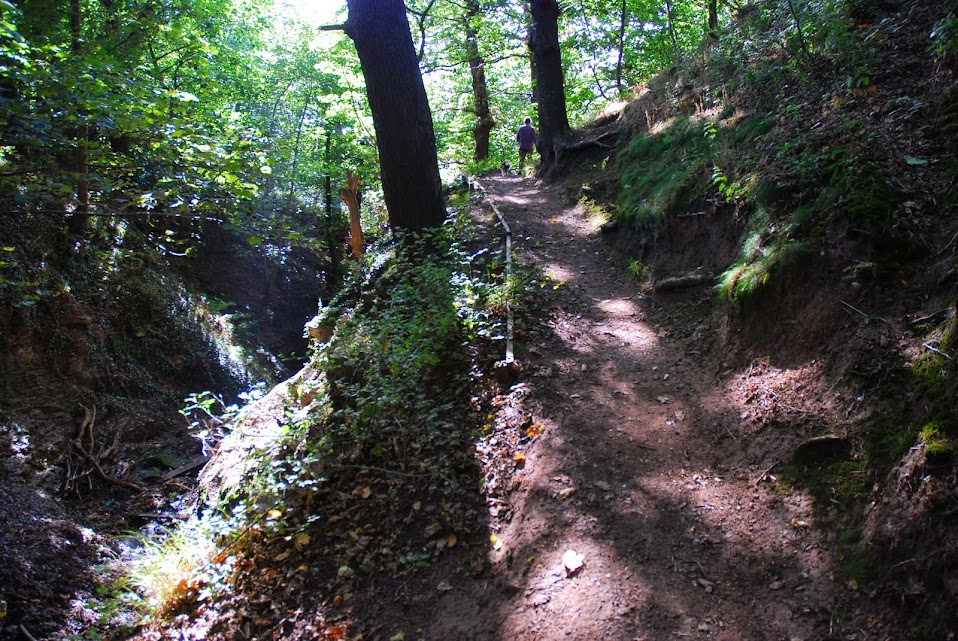 The Dee shore at Thurstaston is a major feeding area for wading birds such as Dunlin and Oystercatchers. 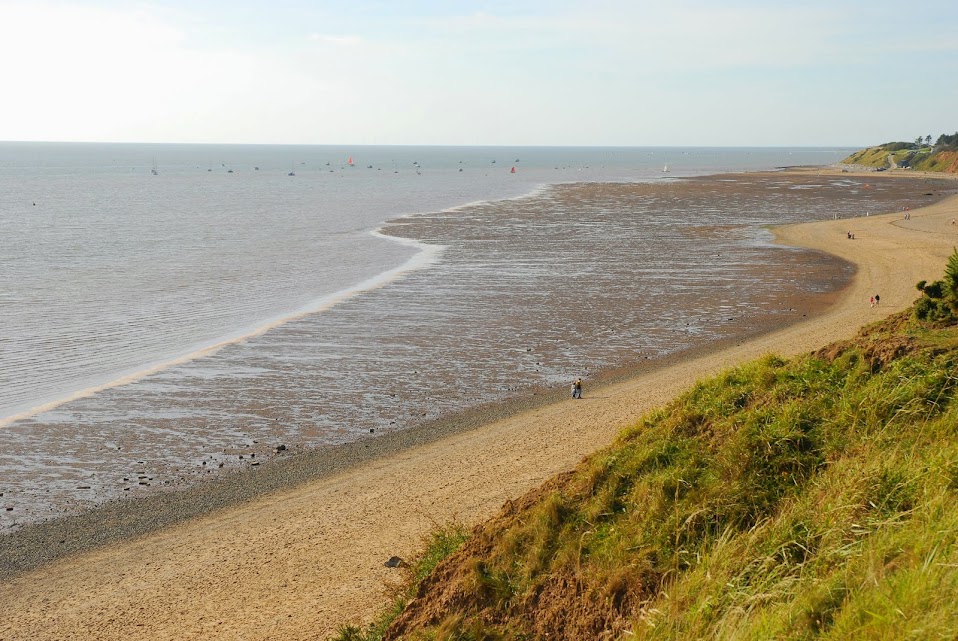 Up to the 19th century the area along the coast at New Brighton had a reputation for smuggling and wrecking, and secret underground cellars and tunnels are still rumoured to exist. It also had a strategic position at the entrance to the Mersey estuary. The Perch Rock fort was completed in 1829. It was built to protect the Port of Liverpool and as a fortified lighthouse to replace the old Perch Rock Light. New Brighton Lighthouse was originally known as Perch Rock Lighthouse, and construction began in 1827. Since 1973 it has not been in use as a lighthouse, having been superseded by modern navigational technology. These days the lighthouse is maintained by the Kingham family. 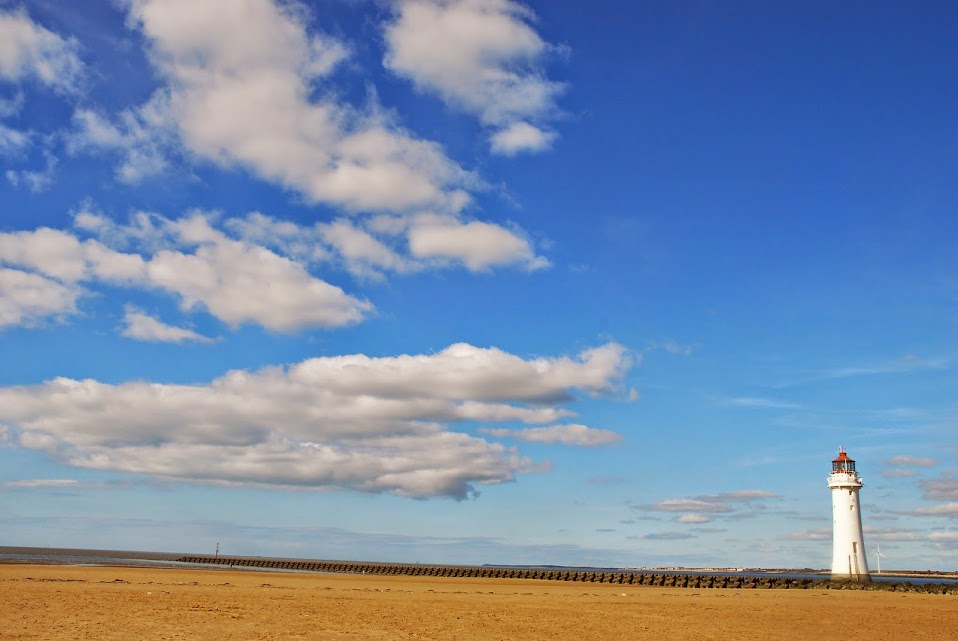 The term Indian summer reached England in the 19th century, during the heyday of the British Raj in India. This led to the mistaken belief that the term referred to the Indian subcontinent. In fact, the Indians in question were the Native Americans, and the term originated there in the late 18th century. 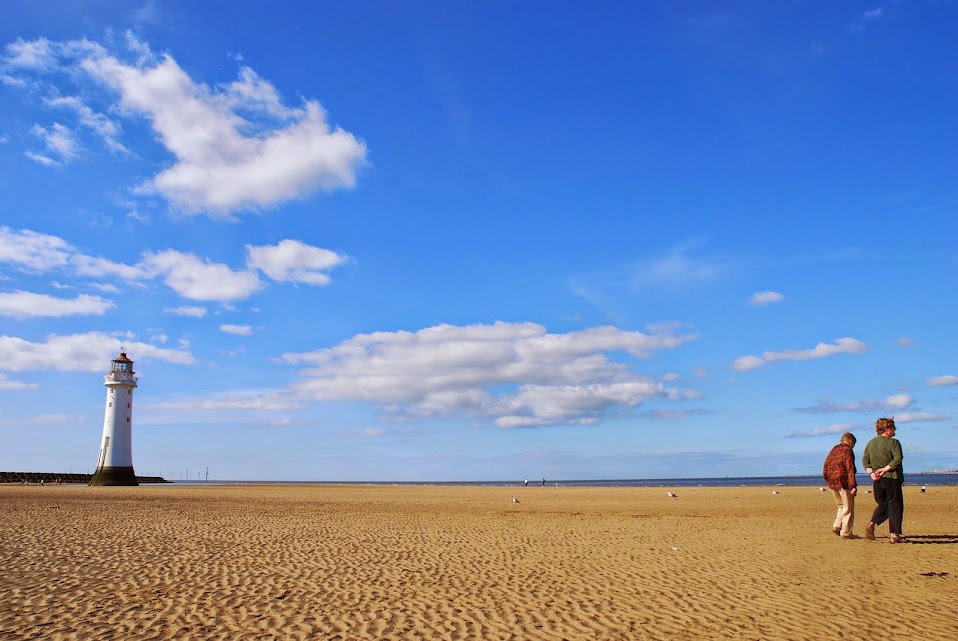 Then a severe frost succeeds which prepares it to receive the voluminous coat of snow which is soon to follow; though it is often preceded by a short interval of smoke and mildness, called the Indian Summer.

There are many references to the term in American literature in the following hundred years or so. In the 1830s Indian summer began to be used figuratively, to refer to any late flowering following a period of decline. More recent examples of this might be:

In youth, it was a way I had
To do my best to please,
And change, with every passing lad,
To suit his theories.

But now I know the things I know,
And do the things I do;
And if you do not like me so,
To hell, my love, with you! 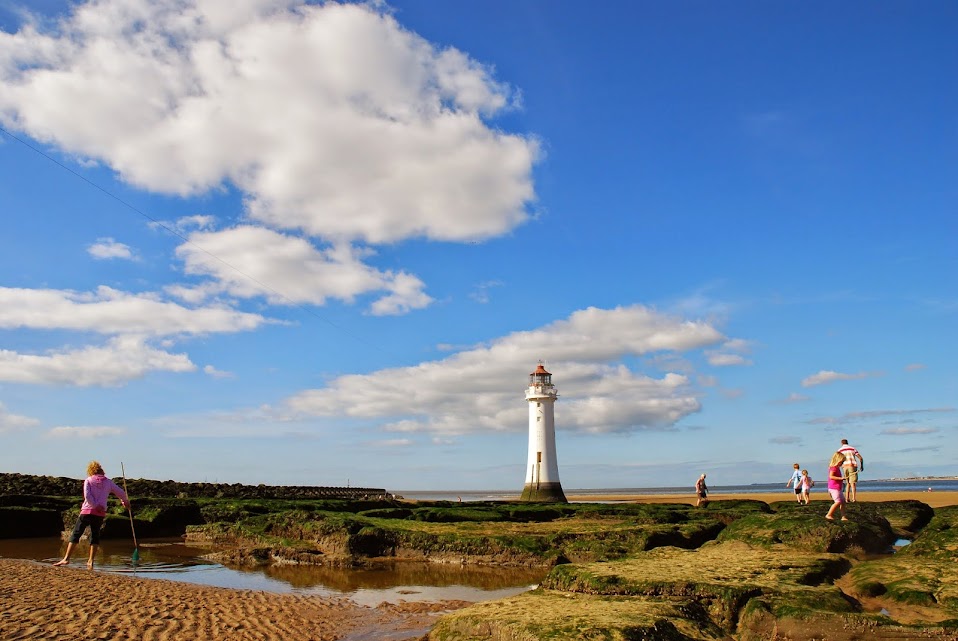 Like a deep blue wave
of passion
you shore into the room
where I sit waiting quietly,
open-booked.

We have moved through days,
loss, pain
to hold this moment,
this picture postcard seascape
of gentle harbouring.

You say
‘I knew you were here
I could smell you’
and effortlessly I sway
to seal my fate.

You taste of ocean,
avenues of grassy dunes,
like a magician
you pluck a tiny pebble
from my hair-

Ancient survivor, sun-kissed
on this summer afternoon,
unconditionally
I step out of my dress
into your dream.

The English already had a name for the phenomenon – St. Martin’s Summer, but this has now  disappeared and, like the rest of the world, the term Indian summer has been used in the UK for at least a century. Saint Martin’s Summer referred to St. Martin’s day, November 11, when it was supposed to end. In British English “St. Martin’s Summer” was the most widely used term until the American phrase Indian Summer became better known in the 20th century. In Italy, St Martin’s summer (Estate di San Martino) was expected and celebrated as a rural tradition with ancient origins, and is marked by a festival on November 11. In Spain, it is called Veranillo de San Martín. 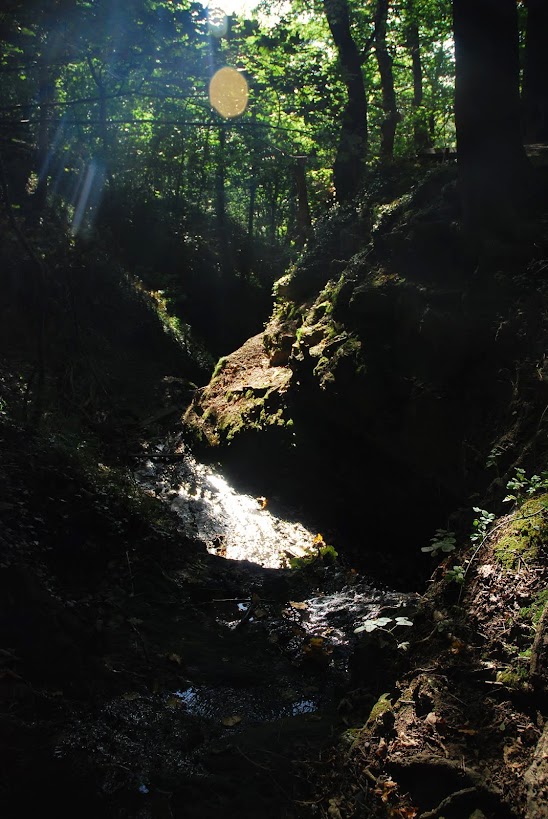 The photo above is of The Dungeon; below is the painting, St Martin’s Summer, by John Everett Millais (1829-1896), one of his Scottish landscapes. They were the focus of an exhibition at Tate Britain last year:

Millais’s affection for the Highlands of Perthshire was most brilliantly expressed in a series of twenty-one large-scale landscapes that he painted outdoors from 1870 to 1892. Twelve are displayed here, the largest ever gathering. He would spend autumns in leased accommodation near Dunkeld and Birnam.

The landscapes he painted there represent a kind of respite from the demands of art and society in London, the same kind of escape that hunting and fishing throughout Scotland would also provide. The results are works that access the picturesque traditions of landscape and the English examples of Constable and Turner, only to reject them through level tones, broad expanses, rushing perspective, a bleak beauty usually absent of history and, in many cases, of human presence. For Millais, autumn was a distinctive time, particularly vivid and teeming with life. These paintings represent new approaches to landscape: through poetic references, novel compositions, celebrations of autumnal scenery and light, and unresolved narratives.