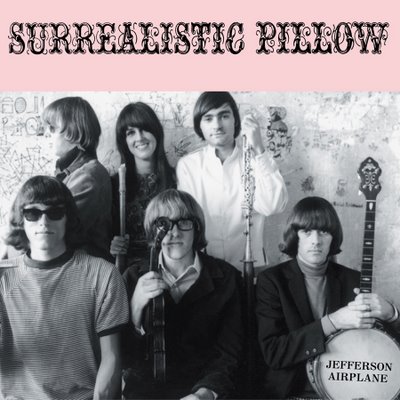 This summer I’ve found myself listening, coincidentally, to a trio of albums from the sixties that – to my ears at least – have worn well.

I went back to Jefferson Airplane’s Surrealistic Pillow after I heard ‘Today’ used on the soundtrack to the recent BBC documentary, Gonzo: The Life and Work of Dr. Hunter S. Thompson. This was Jefferson Airplane’s second album, a wonderful piece of folk-rock psychedelia from that golden year of music, 1967. This is one of those albums that defines an era: San Francisco, the Summer of Love, psychedelic rock. Here’s ‘White Rabbit’ – in two and a half minutes building like Ravel’s Bolero inexorably on a pounding bass towards Grace Slick’s sublime crescendo to become the sixties hippie anthem.  Here’s the wistful introspection of  ‘Today’, the psychedelic rock of  ‘Somebody to Love’, and the sublime folk guitar of ‘Embryonic Journey’. ‘She Has Funny Cars’, which has some great, if odd, bass playing by Jack Casady, and ‘Plastic Fantastic Lover’, are classic examples of sixties psychedelic music, both featuring lead guitar from Jerry Garcia.

Jefferson Airplane: White Rabbit and Somebody To Love 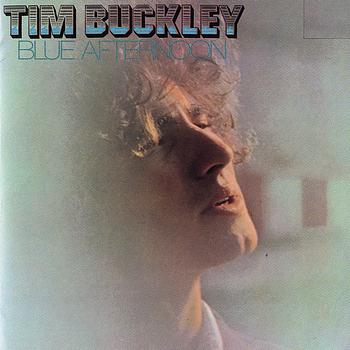 Randomly I selected Tim Buckley’s 1969 album, Blue Afternoon and rediscovered a gem. This was Tim Buckley’s third album and you can hear him pushing the envelope: Blue Afternoon has a distinct jazz feel, notified not only in Tim Buckley’s vocalising, but also in the excellent guitar work from Lee Underwood and bass and drums and percussion from John Balkin, James Madison and David Friedman. Buckley takes folk song as his starting point and expands it, drawing on jazz influences to create new dynamics and to emphasize atmosphere and mood. For me, this mood is evoked primarily by Buckley’s beautiful, melancholy vocals. The album highlights are ‘Happy Time’, ‘The River’,  the very beautiful and soulful ‘I Must Have Been Blind’ the quintessential ‘Blue Melody’ and the extended jazzy workout ‘The Train’.

I live by the river
And I hide my house away
Then just like the river
I can change my ways
Oh, if you come to love me
You would stay forever
Inside my heart
Inside my dreams
And time will fade
In time we’ll love

In the street we walk as beggars
In the alley faithless kings
Ah, but it’s the truth of life
That chains us in between
Those lost moments we steal
To keep our love alive
And our prize so tired after all the pain
And time will fade
In time we’ll love 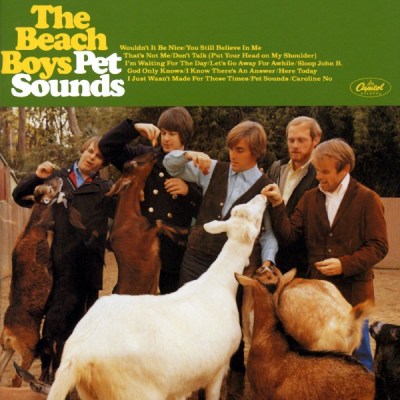 Actually, it’s the Pet Sounds Live in London version that I’ve been listening to, in anticipation of seeing Brian Wilson at the Philharmonic in ten days time.

The best Beach Boys album (though in the old days you listened to them in singles, rather than albums – and this has some of their best), Pet Sounds has long been regarded as one of the best albums of the 1960s. Here are the classic songs and the group’s most stunning melodies: ‘Wouldn’t It Be Nice’, ‘God Only Knows’, ‘Caroline No’, ‘Sloop John B’ and ‘I Just Wasn’t Made for These Times’. On this album Brian Wilson and the group reached a whole new level in terms of both composition and production, layering tracks upon tracks of vocals and instruments to create a richly symphonic sound. Conventional keyboards and guitars were combined with exotic touches of orchestrated strings, bicycle bells, buzzing organs, harpsichords, flutes, theremin, Hawaiian-sounding string instruments, Coca-Cola cans, barking dogs, and more.

Pet Sounds Live in London recreated all this with a gifted bunch of musicians and a restored Brian Wilson singing his heart out. The BBC review said:

For many, Brian Wilson’s UK concerts in 2002 were some of the most astonishing in living memory. Once written off with near-permanent brain damage Wilson’s mere presence anywhere near a stage was remarkable enough (anybody who witnessed his hulking 300lb figure in the late 1970s would be surprised he was appearing anywhere). That he was also billed to play Pet Sounds in its entirety had ticketholders pinching themselves in disbelief. Perhaps this was all some cruel hoax? Perhaps we were dreaming?

The evidence on this DVD proves we were not. Its all here: Brian Wilson! In London! Pet Sounds from beginning to end with a little number called ”Good Vibrations” thrown in for the encore. Those miraculous nights did happen after all. Wilson is in fine form throughout. His voice may have dipped a couple of octaves but, like a seasoned pro, he works to the best of his resources. Perhaps the greatest studio album ever made is brought living and breathing to life.Every piece of Wilson’s masterwork is reverentially placed back together. The bicycle bells on ”You Still Believe In Me”, that strange underwater guitar on ”Pet Sounds”, the forlorn soundtrack of barking dogs and passing trains that concludes ”Caroline, No”. ”Let’s Go Away For Awhile” retains its elusively unhummable melody while the opening bars to ”God Only Knows” bring audience members to tears. Rather than being denigrated, the legend emerges enhanced perhaps even more powerful and poignant in this new context. Over a generation later and these songs still retain their magic.

The Beach Boys: God Only Knows

God Only Knows and Doonesbury: ‘Brian Wilson is God’

Pet Sounds has a special association for myself and countless other fans of the Doonesbury comic strip. I think  the only time a strip has reduced me to tears was in May 1990 when Gary Trudeau depicted the final moments of Andy Lippincott, dying of AIDS. Lippincott was a character who first appeared in January 1976, in a law library. Joanie Caucus fell in love with him before Lippincott confessed he was gay, leaving Joanie heartbroken.  He disappeared from the strip for a few years before reappearing in 1982 as an organizer for the Bay Area Gay Alliance, contributing to the congressional re-election of Lacey Davenport. In 1989 he returned again when he was diagnosed with AIDS. Over the course of the next year, Lippincott’s battles with the disease, and eventual death from it, helped bring the AIDS crisis into popular culture. Ultimately, Andy is shown dying to the sound of the Beach Boys’ song Wouldn’t It Be Nice, on the first release of the CD version of  Pet Sounds. This storyline led to a Pulitzer Prize nomination for Garry Trudeau, but three newspapers of the 900 carrying the strip refused to publish it as being in bad taste.