Dramatic lighting displays have been illuminating some locations in Liverpool for the past few weeks in a display given the overall title of  The Pool of Light. Tonight I went out with the camera to take a look and grab a few shots.

The Pool of Light exhibition was organised by Liverpool Vision and the International Professional Lighting Designers’ Association (PLDA) and apparently it’s the most ambitious project of its type undertaken by the specialist lighting organisation.

Among the transformations was the illumination of St James’s Gardens, normally an area without any artificial light.

The cemetery at St. James’ Gardens is entered through a tunnel. The tunnel sits above the garden and it seems to pass to another world walking through it. The task for the project was to make the passing to the “underworld” more enjoyable. The details, such as the gravestones leaned to the walls, have been accented.
– Michael Schmidt, designer 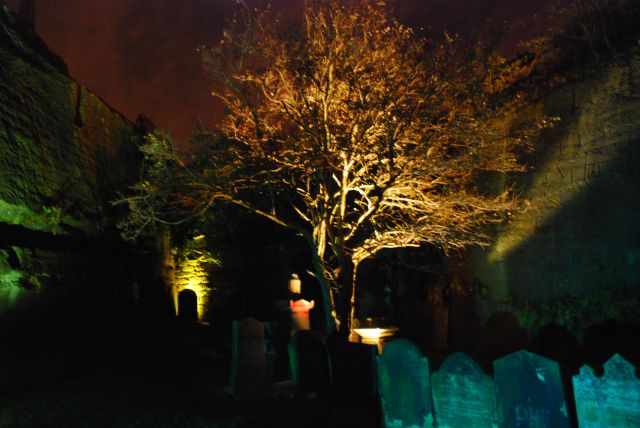 The former cemetery St. James’ Gardens, surrounded by heavy walls, is now a beautiful garden with delightful details. The team has to accent the amenities of the area with respect and empathy and illuminate them respectfully. The status quo of the area is that it is a world without any man made light. Just a little sodium-vapour-light of the near streets pressures into the garden.
– Lisa Hammond, designer

The residents of a housing estate close to the cathedral also helped to design an illuminated display, as did those living in the small residential area of Great George Square. 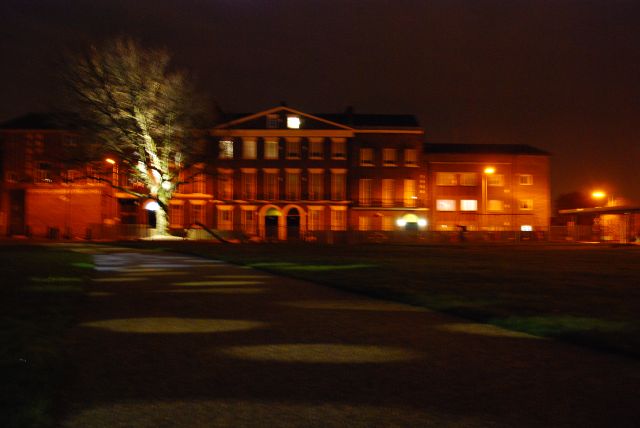 The Contemporary Urban Centre, on Greenland Street, which has recently been transformed as part of a £16m refurbishment, was bathed in dramatic lighting.

This former warehouse is a Grade II listed building located on Parliament Street in the Baltic District. Its classic brick stone facade makes this building a landmark on the southern fringe of the City Centre. Recently transformed as part of a £16m refurbishment, the building will be enhanced by lighting installation.
– Brian Mossbacher, designer

The installations were created from scratch in just one week by eight lighting designers from around the world.